He found fame himself in the Love Island villa during the show's 2018 series, which he later won with ex-girlfriend Dani Dyer.

And now Jack Fincham seems to be eyeing up another stint on the dating series, in the hope of striking up a romance with Love Island newcomer Shaughna Phillips.

The former pen salesman teased he's on his way to South Africa after learning the Beauty name dropped him as her celebrity crush in her pre-show interview, as she prepares to make her debut in the show's first winter series. 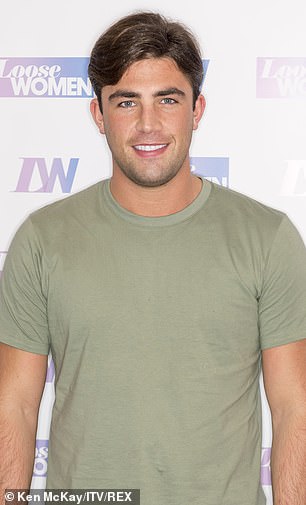 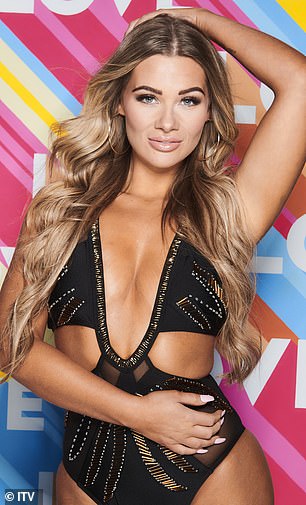 Someone's keen: Jack Fincham has teased he is on his way to South Africa after learning Love Island newcomer Shaughna Phillips name dropped him as her ideal man

Taking to Instagram, Jack shared a screenshot of Shaughna's interview, where she claims the Essex star is her ideal man.

Asked who is her celebrity crush, Shaughna replied: 'Jack Fincham is a bit of me on toast!'

Suggesting that the feeling is definitely mutual, Jack added a heart-eyed emoji, tagged the islander and wrote: 'Well @shaughnaphillips I'm gonna have a look at flights to South Africa now.'

Jack knows all too well what to expect on the much-loved ITV2 show, as he headed into the villa two summers ago and fell for EastEnders star Danny Dyer's daughter, Dani. 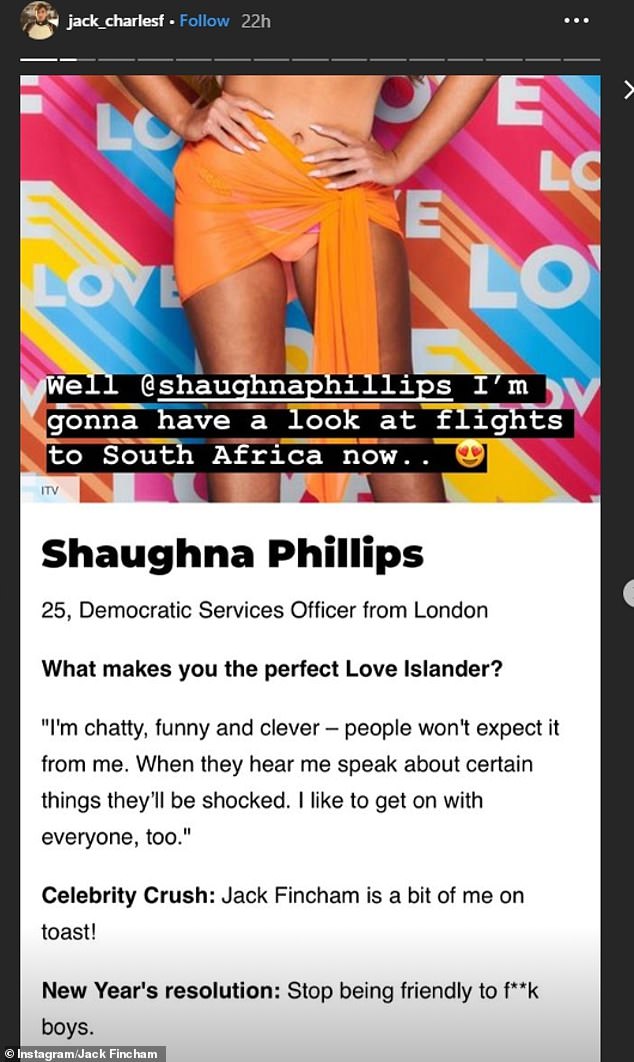 On his way: Jack joked he was off to look at flights to South Africa, while sharing a screengrab of Shaughna's interview to his Instagram story on Wednesday

The pair were crowned Love Island winners in 2018 and moved in with each other, shortly after arriving back into the UK, once filming had wrapped.

While Dani rekindled her romance with ex-boyfriend Sammy Kimmence, who she had dated prior to her Love Island debut, Jack appeared on E4 series Celebs Go Dating in the hope of finding love again.

On the show he candidly discussed his split from Dani and insisted he wishes his former flame 'nothing but the best'.