Revealed: Why Charlotte Crosby was NEVER asked to appear on I'm a Celebrity... Get Me Out of Here! UK - as she settles into the Australian version

She's the former Geordie Shore star who traded stiletto heels for steel-toed boots on I'm a Celebrity... Get Me Out of Here! Australia.

But Charlotte Crosby revealed this week that she would have actually preferred to go on the popular British version of the show instead.

Speaking to OK! magazine, the 29-year-old explained that some of her previous TV credits meant she was blacklisted from the UK series. 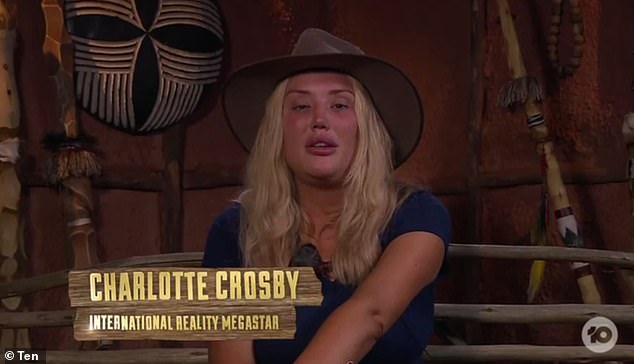 'I used to Photoshop my head on the English lineup': I'm A Celebrity...Get Me Out Of Here! Charlotte Crosby reveals she wanted to go on the UK version of the show and why they REFUSED to cast her

She explained: 'For years and years they told me, "No way will we take anyone who is from Geordie Shore. It's not a family show."

'So I did Celebrity Big Brother instead, which I won.'

I'm a Celebrity producers later had a change of heart when they cast her co-star Vicky Pattison, who was eventually crowned Queen of the Jungle in 2015.

'But then they still wouldn't take me