It's been a rough couple of years for Jamie Otis, following the loss of her 17-week-old son Johnathan and two traumatic miscarriages.

But Otis and her Married At First Sight co-star, Doug Hehner, announced in September that they were expecting a baby boy. 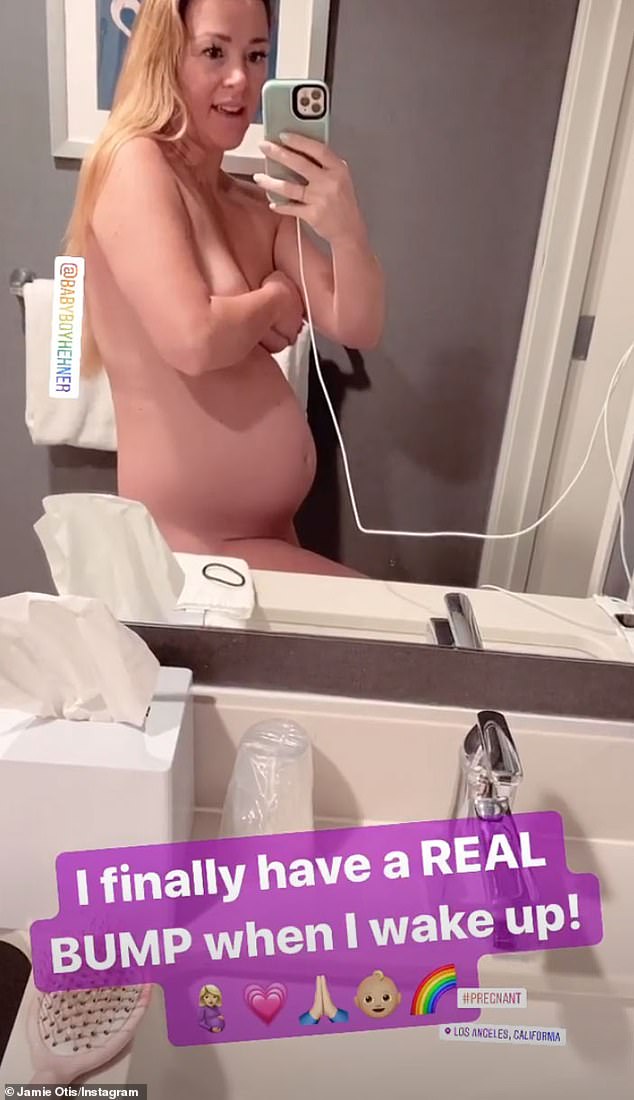 Loving it: Married At First Sight alum, Jamie Otis, shared this video to her Instagram story on Saturday showing off her burgeoning baby bump 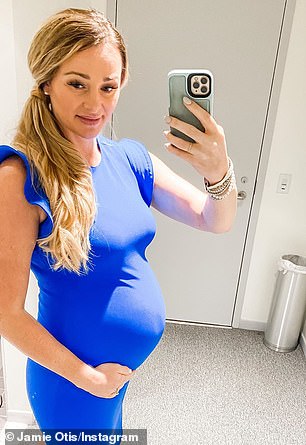 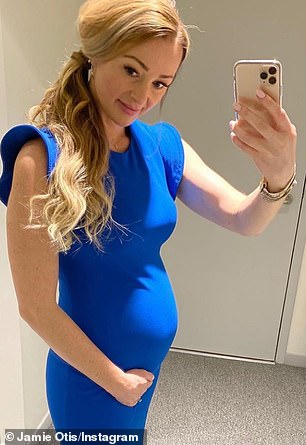 2nd Trimester vs 1st Trimester: 'Does it look bigger to you?,' asked Otis when she shared these side-by-side photographs of herself during her pregnancy's first trimester (right) versus it's second (left)

'I just have to show you,' uttered Otis excitedly.

In the 15-second video. shared to her Instagram story, Jamie stands before her bathroom mirror with her iPhone 11 in hand.

She strategically covers up her naked body, so fans can get a good look at how much her stomach has grown since her September reveal. 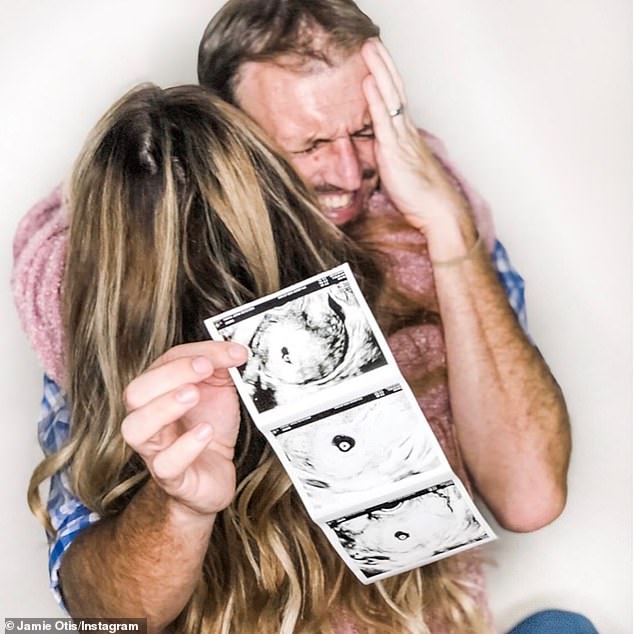 September reveal: 'After 18 months & 2 losses, WE *FINALLY* HAVE A VIABLE PREGNANCY!' captioned Otis as she shared this joyous photograph on Instagram in September 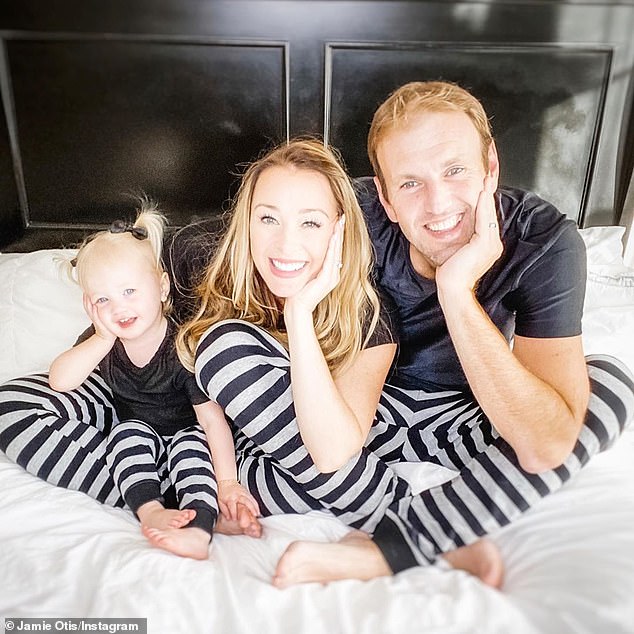 The young mom beamed as she gazed upon her body's reflection.

'And I absolutely love, love, love every second of it. It's the best.' concluded Otis.

She added a caption atop the video that read: 'I finally have a REAL BUMP when I wake up!'

The Married At First Sight alum also shared a side-by-side of her bump comparing the first trimester to the second.

In the photographs, she  dons the same royal blue dress in order to give fans an accurate grasp on how much she's grown over the months. 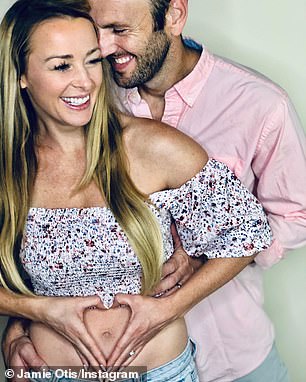 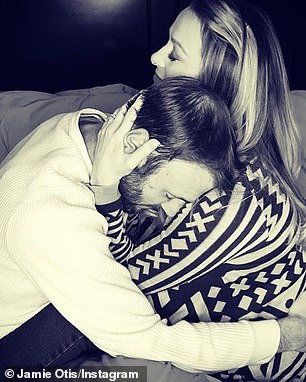 Long road: Otis and Doug lost their first son at 17 week gestation, so to be finally having a baby boy is 'truly an answered prayer'

'Does it look bigger to you?' she asked in the post's caption.

She admitted that she's 'not a huge fan of bathroom selfies,' but that she had to capture 'this change.'

'I am in love with this