Peter Weber shockingly kicked pageant queen Alayah Benavidez off the show Monday after becoming concerned that she was faking her affection for him.

Alayah, 24, was booted during the episode's rose ceremony, after Peter, 28, stepped away from the podium to agonize over what to do about the current Miss Texas.

He'd heard from other women in the house that she might have ulterior motives, but wasn't sure what to do. 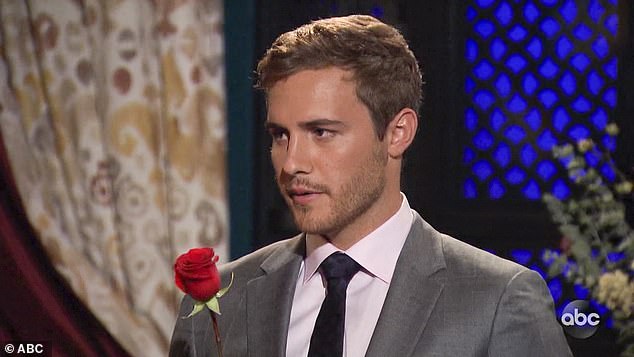 Peter after the rose ceremony immediately regretted letting her go.

After he handed out his last rose, and said goodbye to the orthodontist's assistant from San Antonio, Texas, a producer took Peter aside, asking him if he was okay.

'Can I ask you why you did it in the first place?' she pressed. 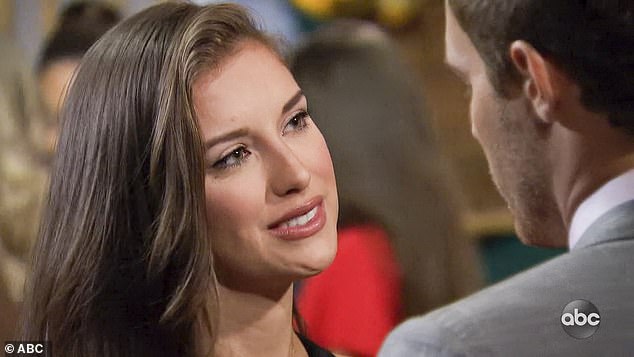 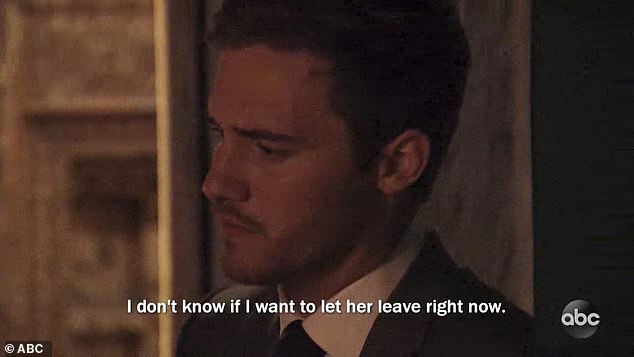 'I guess I just gave in to listening to everyone else, to be quite honest,' Peter admitted. 'I feel like I'm gonna regret this like crazy, and I'm not gonna get past this for a while.'

'Like, I thought that that was the right thing to do, but I just don't right now. I just hope I made the right decision,' he added.

In a preview of next week's episode, Alayah was shown returning to repair her reputation and win Peter back. 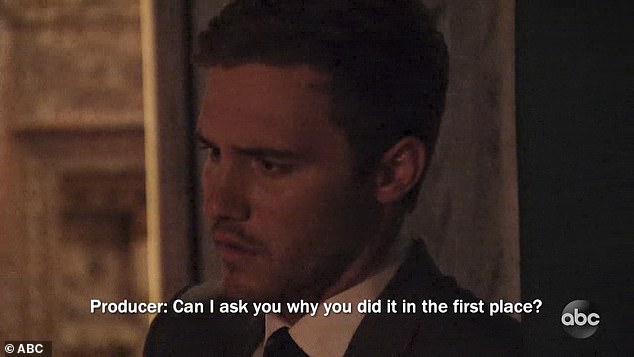 Good question: A producer asked Peter why he let Alayah go in the first place 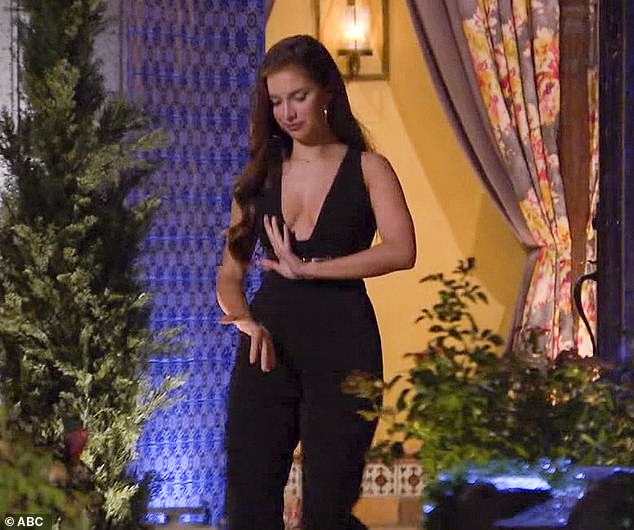 No rose: Alayah walked out of the mansion after the rose ceremony

She'd first been called out for her 'artificial' behavior by Sydney Hightower, 24, a retail marketing manager from Birmingham, Alabama.

Sydney noted at the top of the episode that there was something 'off' about Alayah, noting, 'Just her actions, you know, makes you go sideways a little bit.'

'I'm testing out that pilot wife life, dude,' Alayah was shown telling the cameras. 'Like, you come home, I got my red wine, I got my captain's hat, like, ''Welcome home, Peter!''' 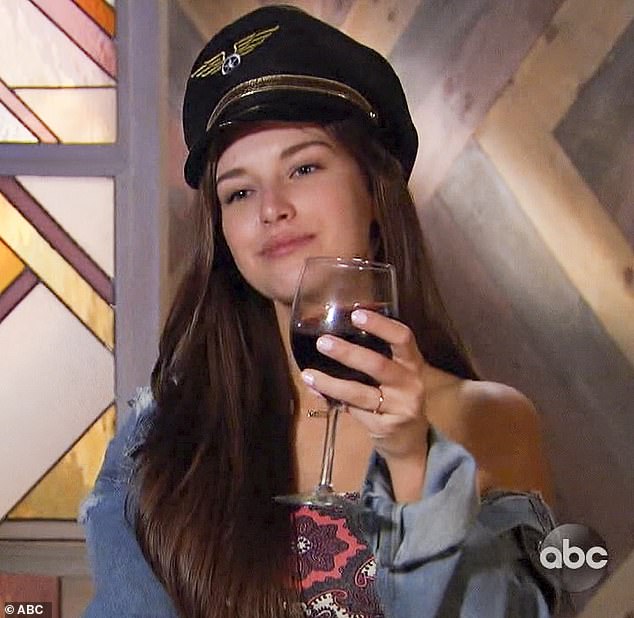 Wife life: The Texas native early in the episode said she was ready for the 'pilot wife life'

'I mean, if Peter wants to be in the Mile-High Club,' she added, 'I will gladly join in.'

They both went on Peter's group date to Demi's Extreme Pillow Fight Club, which was organized by former The Bachelor and Bachelor In Paradise star Demi Burnett, 24.

Last year, Demi became the first contestant in the franchise to propose to a woman on TV, though she and her fiancée later split. 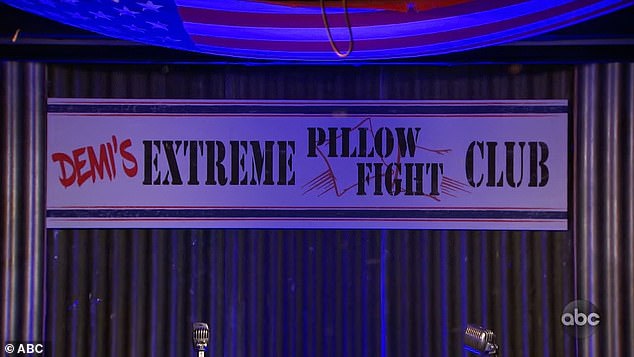 'I know that there's a lot of tension in the mansion, so I wanted to give you ladies an opportunity to let out that aggression,' Demi told Peter's suitors.

Clad in lingerie and pajamas, the woman belted each other with pillows until one of them fell down.

They were judged by show host Chris Harrison, 48, and actor Fred Willard, 80. 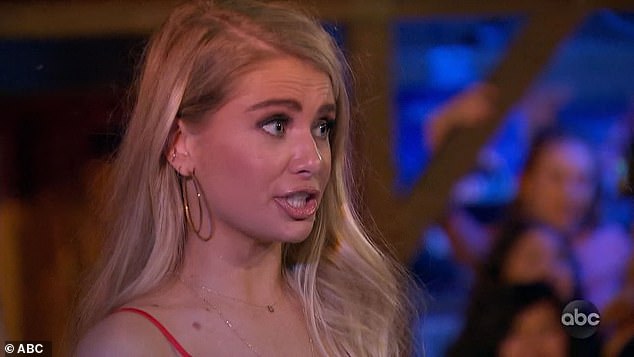 High tension: 'I know that there's a lot of tension in the mansion, so I wanted to give you ladies an opportunity to let out that aggression,' Demi told Peter's suitors 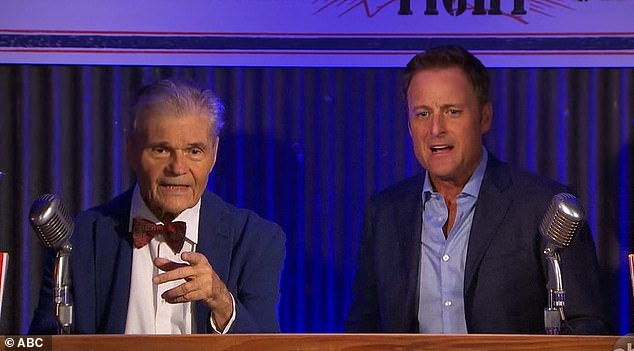 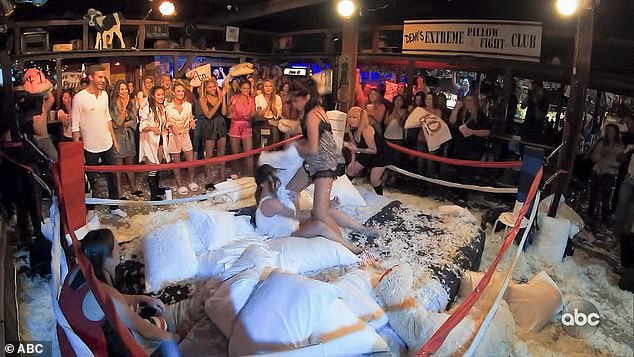 Pillow fight: Peter watched as the women smacked each other with pillows

In the championship round, Alayah was out to prove to everyone that she wasn't a 'prim and proper' pageant girl, and sat on Sydney to win.

Sydney grew annoyed by Alayah, whom she thought always won everything.

'Alayah is the type of girl that puts on the pretty little princess facade, and flaunts herself in front of the cameras in an absolute orchestrated show,' Sydney complained. 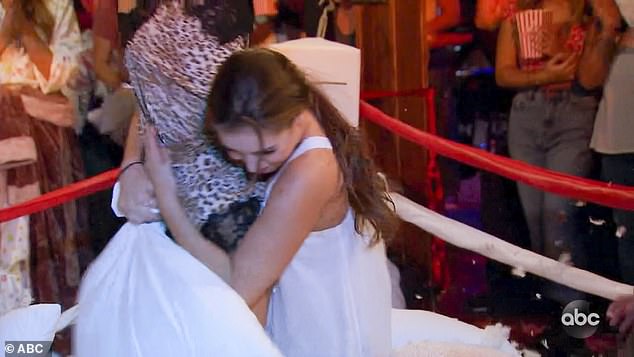 Last round: In the championship round, Alayah was out to prove to everyone that she wasn't a 'prim and proper' pageant girl, and sat on Sydney to win 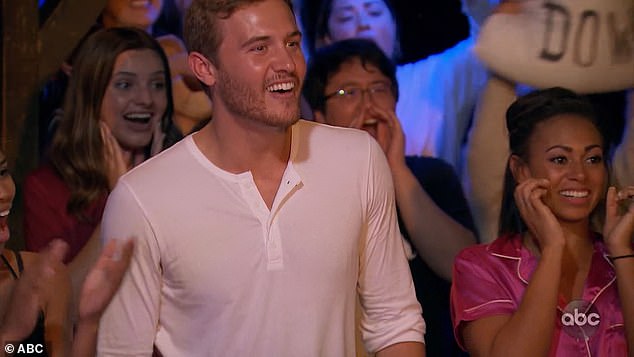 Fun fight: Peter smiled while watching the women engage in the pillow fight 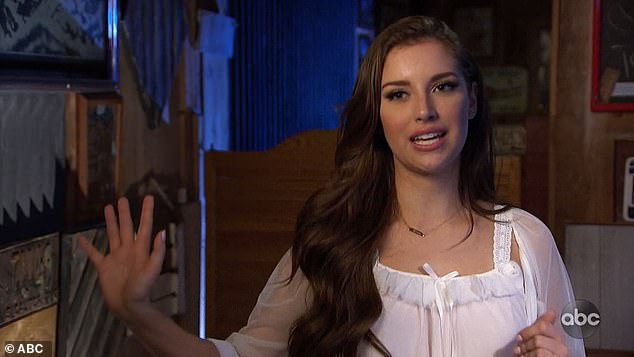 The winner: Alayah won the pillow fight and enjoyed some alone time later with Peter

At a cocktail party that evening, Peter told Alayah he had a 'good feeling' about her and that connection incensed Sydney.

She lured Alayah into admitting that as a pageant winner, she knew some deceptive tricks.

'People keep calling me out, like, ''You're so prim and proper, and perfect,'' and I'm just so used to it,' Alayah blathered. 'Like, that's just kind of been my life for eight years. I've always been a titleholder. I've held several titles. And I'm so used to being that.' 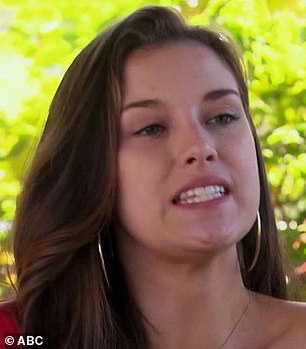 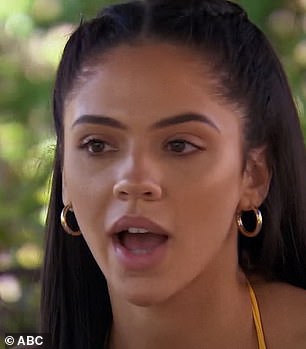 Pageant winner: The Beauty queen admitted that as a multiple pageant winner, she knew some deceptive tricks

'Yeah, and knowing how not to offend anybody when I'm saying things, and like, if I don't want to answer a question, how to answer without answering,' Alayah went on. 'Like, those things are easy for me.'

'Yeah,' Sydney concluded. 'Like opening up and being your true core is kinda hard. You sound so rehearsed, and so like, ''on,'' you know what I mean? Like, cameras, you're just ''on''.' 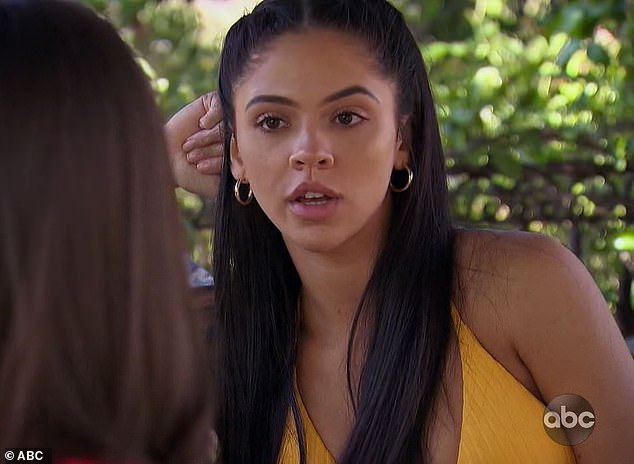 So rehearsed: Sydney told Alayah that she sounds rehearsed and turns it 'on' for the cameras

Alayah stared at Sydney and her eyes narrowed, understanding what she was getting at.

'She knows what she's doing,' Sydney insisted privately. 'She's manipulating Peter, like, one thousand percent. She recognizes that I see through her.'

Over the course of the evening, Peter told several of the women there that he had developed feelings for them, among them Chicago attorney Kelly Flanagan, 27. 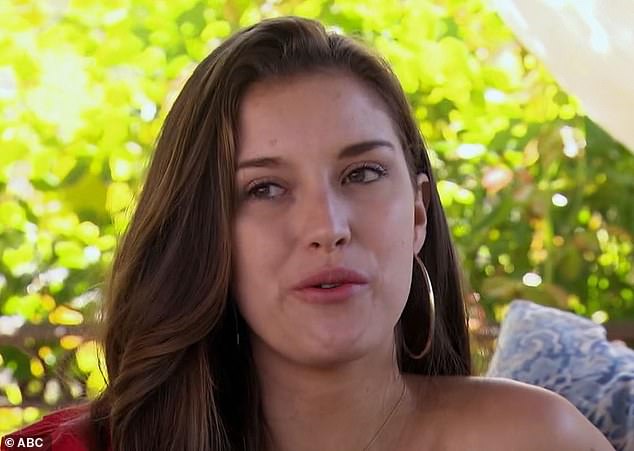 Got it: Alayah stared at Sydney and her eyes narrowed, understanding what she was getting at

When Sydney said someone in the house was duplicitous, Peter confronted the group.

PREV Rebecca Judd shows off her extremely defined abs and slender frame at Pilates ...
NEXT Love Island CONFIRMS the return of Casa Amor