Dame Barbara Windsor thanks Good Morning Britain award winner for helping people with Alzheimer's tackle the 'struggles of a cruel illness' For confidential support or advice call the Samaritans on 116 123 for free or visit www.samaritans.org

The actress, 82, was on hand to award Danny Brown the inaugural Dame Barbara Windsor Award - an accolade for someone who has helped people with Alzheimer's or Dementia combat loneliness.

Detailing her own experience with Alzheimer's, she told Danny in the sweet message: 'Volunteers like you are so important in the fight against loneliness, especially for those like us, who know all too well the struggles of a cruel illness. 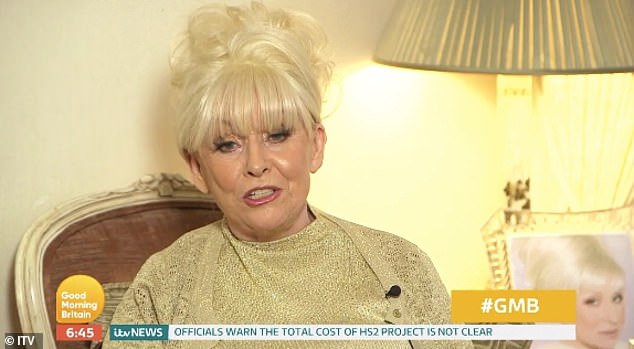 'Your dedication to helping others has not only helped bring your community together, but brought much-needed attention to the valuable cause.'

Praising the volunteer for his incredible work, she added: 'And doing all this at the same time as living with dementia yourself, is truly inspirational.

'Thank you Danny, and congratulations again. God bless,' she said, as she blew Danny a kiss.