This Oscar winner may not have won another statuette at this past Sunday's awards bash, but she was still smiling ear to ear and has the pictures to prove it.

Actress and producer Charlize Theron posted a sweet pair of selfies on Tuesday, showing moments from Sunday's Academy Awards in Los Angeles, California, where she sat in the audience with her mother, Gerda Maritz.

In one of the snaps, the Bombshell actress is seen with her mother as well as several other famous faces in the seats at the Dolby Theater: Tom Hanks and his wife Rita Wilson, Salma Hayek, and two of last year's acting winner, Regina King and Rami Malek. 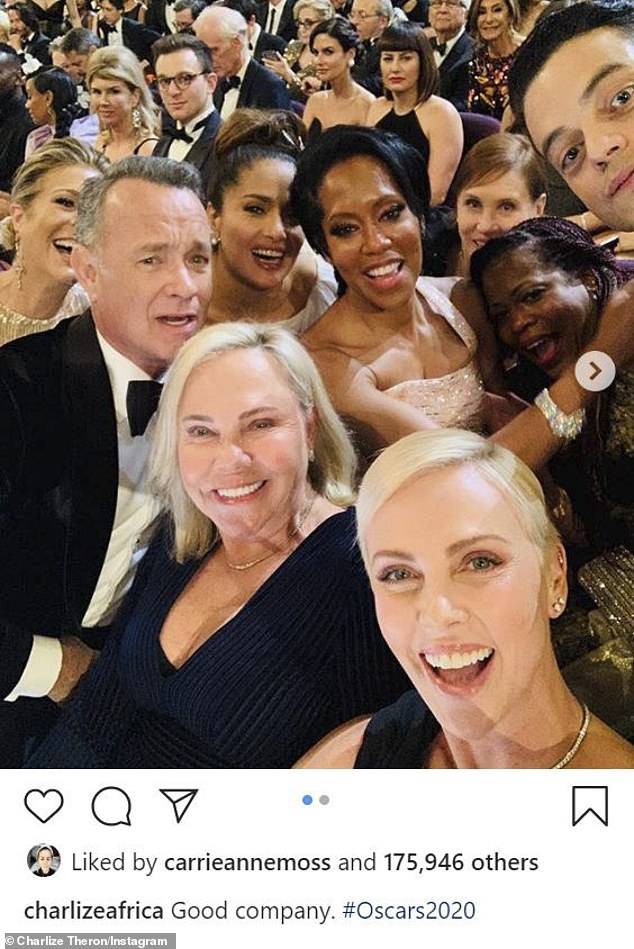 Good company indeed: Charlize Theron posted a sweet selfie on Tuesday, from Sunday's Academy Awards, with her mother as well as several other famous faces

In the fun snap, rows of Oscars audience members look on as Charlize, 44, holds up the camera for herself and her mom.

Crowding in behind them are Hanks, who cast Theron in one of her first roles in his 1996 film That Thing You Do!, along Wilson, Hayek, King and Malek, who leans in from the side photobomb-style.

In a second shot in Charlize's Instagram post, she is seen in an intimate and closer shot, showing just her and mom Gerda, with Lucy Boynton spied in the background.

'Good company,' Theron captioned the pair of photos, along with the hashtag #Oscars2020. 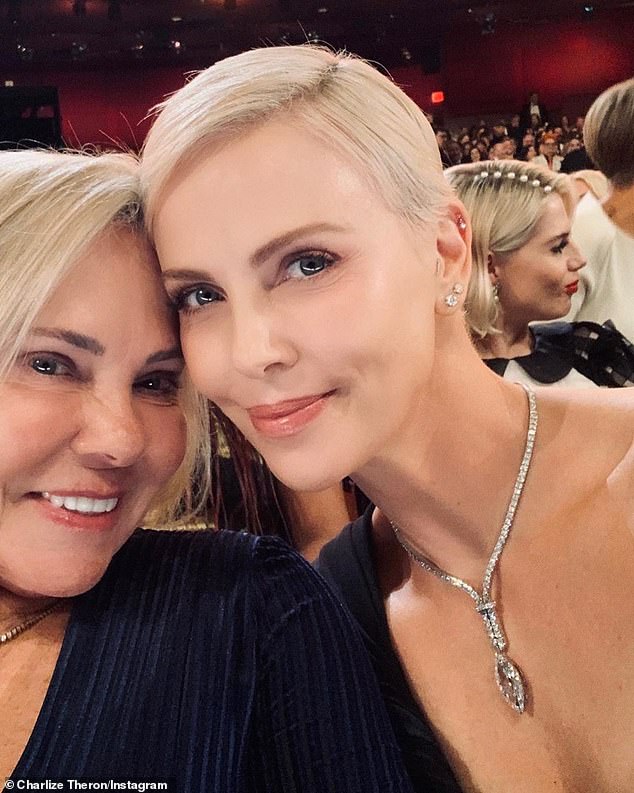