Love Island SPOILER: Irate Mike tells Shaughna to 'SHUT UP' during shock showdown as contestants are shown headlines about their on-air antics

Mike Boateng will be seen getting irate with Shaughna Phillips during Wednesday night's episode of Love Island as they read headlines about their on-air antics.

In a teaser clip aired at the end of Tuesday's instalment of the ITV2 dating show, former policeman Mike is seen telling Shaughna to 'shut up' during a shocking row.

Things get tense between the pair when Shaughna is challenged to fill in the name of the person concerned in a headline that reads: 'Love Island's [blank] is branded "snake" after his reaction to being brutally dumped by Callum.' 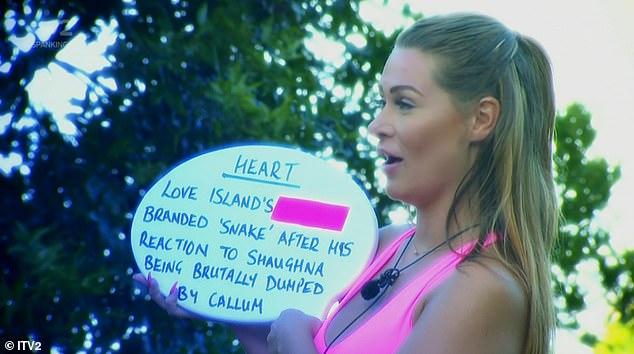 Read all about it: Shaughna Phillips and her fellow Islanders will be seen taking part in a headline challenge during Wednesday night's episode of Love Island

Commenting on the headline after reading it out, democratic services officer Shaughna quipped: 'Some people forget they’re mic’d and on a TV show.'

Clearly unimpressed with both the headline and reaction, Mike is then seen blasting at her: 'Shut up man, it's not a game anymore. That's taking the p**s.'

The headline in question concerned Love Island fans tweeting their disgust about Mike apparently 'smirking' as he watched Callum Jones return from Casa Amor with Molly Smith on his arm, much to the chagrin of his then-partner Shaughna. 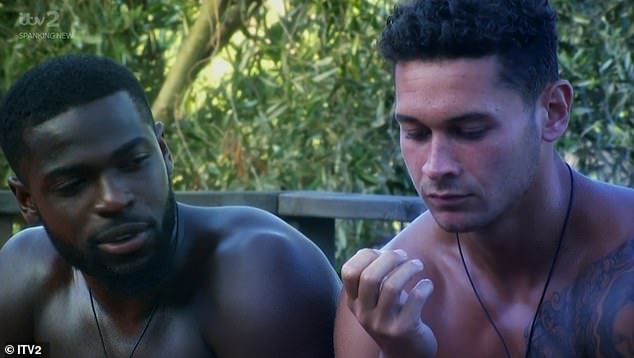 Shocking showdown: However, Shaughna's quips will be seen riling up Mike Boateng (left) as he tells her to 'shut up' during shocking showdown. Pictured with Callum Jones 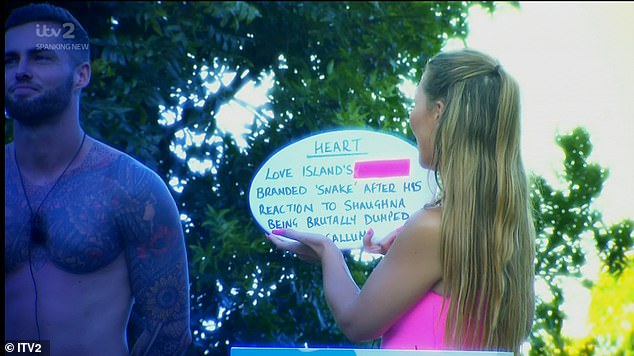 Quip: Commenting on the headline after reading it out, democratic services officer Shaughna quipped, 'Some people forget they’re mic’d and on a TV show'

The headline challenge will stand in place of the Online Buzz challenge this year, which has historically caused fireworks in the villa, as the Islanders listen to harsh and biting

PREV Charlize Theron posts an amazing selfie from the audience of the Oscars with ...
NEXT Love Island CONFIRMS the return of Casa Amor