Phil Vickery stepped out on Valentine's Day but it doesn't look as though romance was at the forefront of his mind.

The TV chef, 58, who recently split from his wife Fern Britton, 62, was pictured picking up a packet of Bonio dog biscuits from the local shop after treating himself to a haircut.

And Fern was also keeping things simple as she took to social media to say she had been putting the bins out. 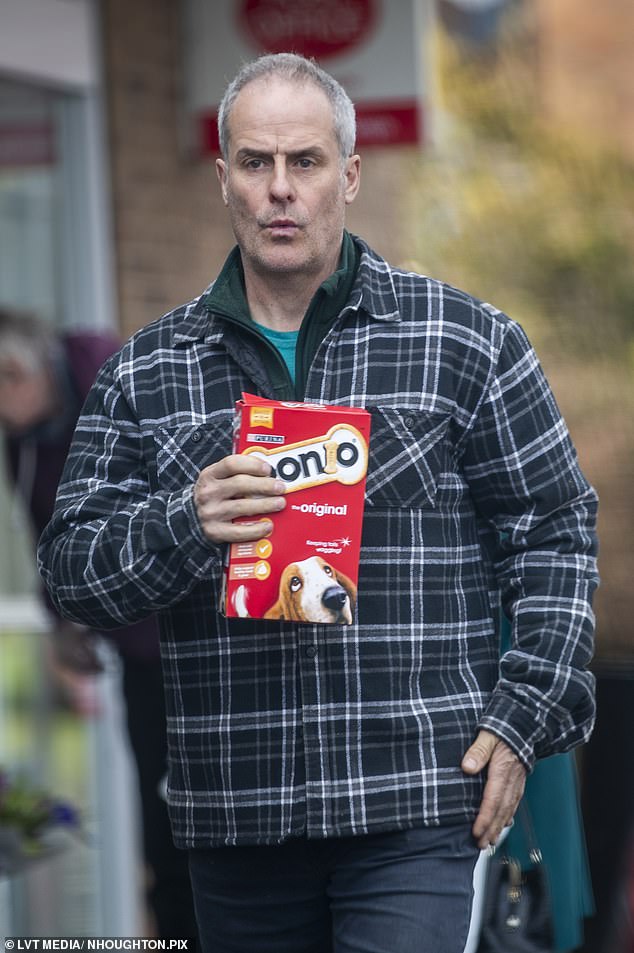 Being practical: Phil Vickery picked up a packet of dog biscuits as he stepped out in the wake of his split from Fern Britton on Valentine's Day without his wedding ring on 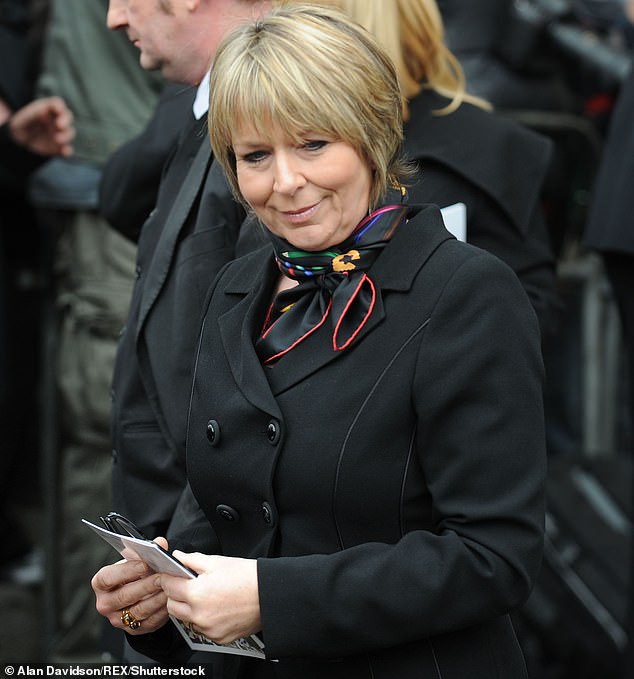 Over: The couple announced their split in January after 20 years of marriage (pictured in 2009)

She wrote: 'Recycling day is such a work up ! 20 mins today just to get all the bags out,' alongside a GIF.

Then she later added: 'Also on a jollier note HappyValentines Day! Love yourself and give yourself a little treat. ❤️'

It's not the first time Phil has been seen since the split was announced. He appeared on This Morning without his wedding ring last Friday. 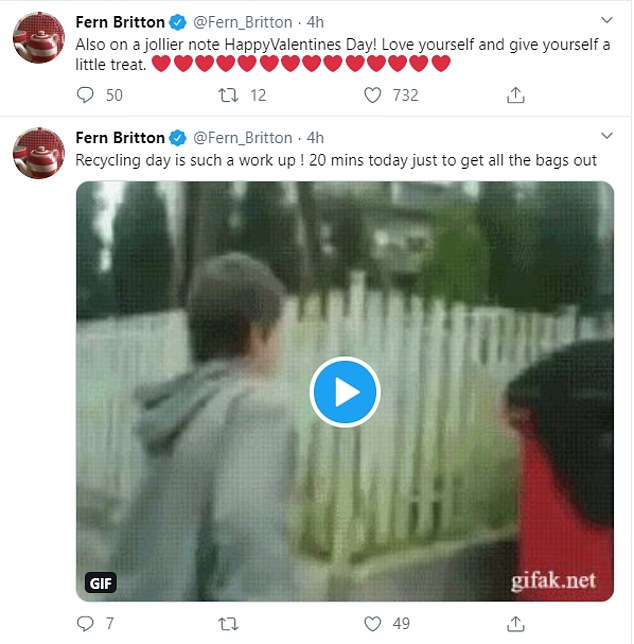 Being real: Meanwhile, Fern took to Twitter to say she was putting the bins out and then later shared a Valentine's message 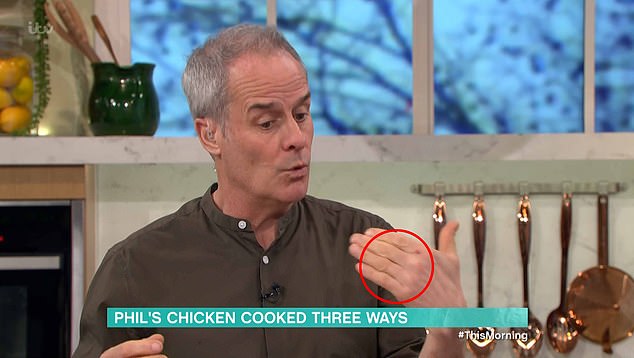 Back on air: Phil was on TV last Friday without his wedding ring after the marital split 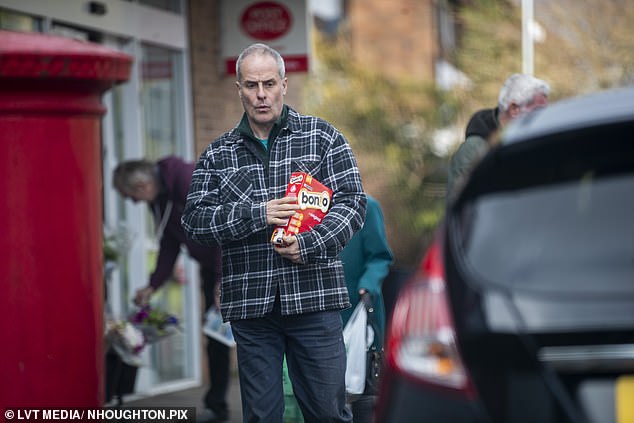 Well-groomed: Phil had treated himself to a haircut earlier in the day

Last week, Fern tweeted that 'life is for living' in the wake of her split.

The former This Morning presenter and Phil announced last month that they were planning to divorce after 20 years of marriage.

The author had reached out to fans to apologise for the delay in the release of her latest book, Daughters of Cornwall, as she admitted