They're not allowed to be in contact with one another, but Caroline Flack's boyfriend Lewis Burton publicly reached out to her again on Valentine's Day.

Proving that they are still very much on, model and tennis player Lewis posted a picture of them both on Instagram and wrote: 'Happy Valentine's... Love You.'

The latest comes after Lewis wrote in the comments section of a picture of Caroline climbing a wall to joke that she and her friend are 'useless.' 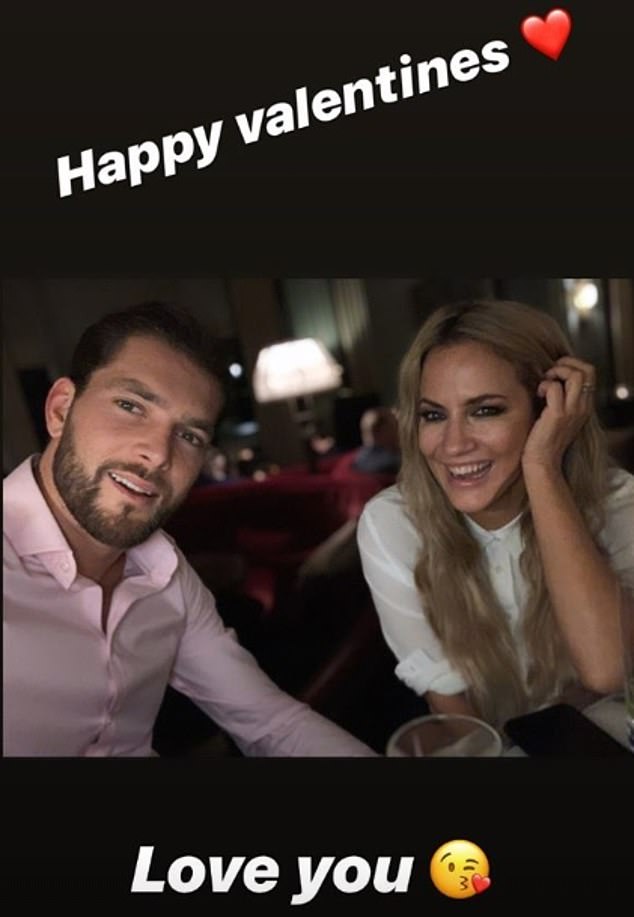 'Happy Valentine's. Love You:' Caroline Flack's boyfriend Lewis Burton reached out to her AGAIN on social media on Friday... (but she is still banned from contacting him amid court case)

Caroline is banned from contacting Lewis after she was charged with assault in December and she will return to court on March 4.

She herself returned to Instagram with a smouldering snap on Thursday.

The presenter, 40, shared her first post on her grid in two months, which saw her fawning over her pet dog, Ruby.

The collage of snaps, captioned simply with a love heart emoji, were posted hours after her boyfriend, 27, contacted her via the photo sharing platform. 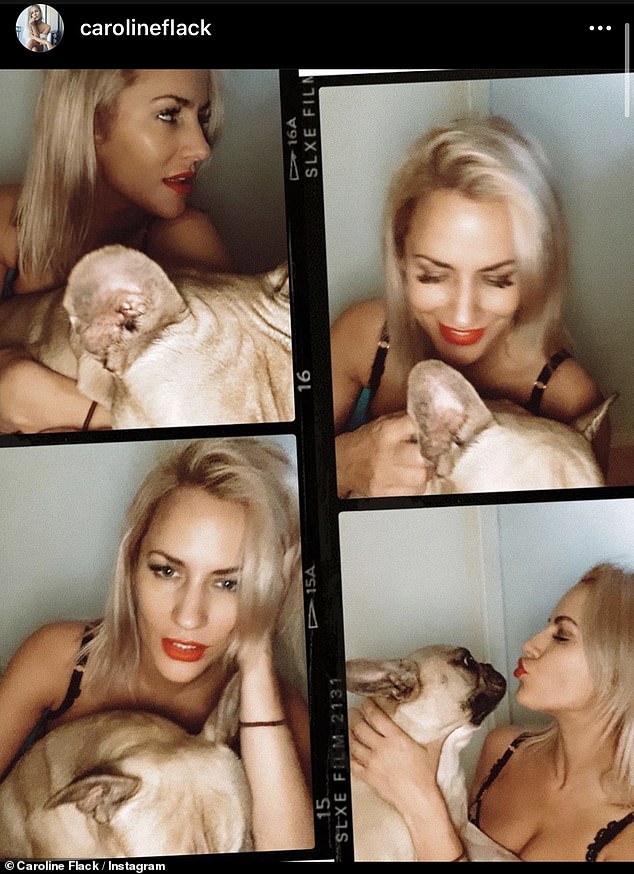 Defiant: The post comes after Caroline shared a smouldering snap on Thursday, after Lewis reached out to her previously on a post about her wall-climbing with a pal

Caroline could be seen cosied up in bed whilst clad in a black bra, with her golden locks worn tousled and her plump pout boasting a slick of scarlet lipstick.

The ex-Love Island host was captured in a video posted to Instagram by her pal Mollie Grosberg, which showed her attempting to go up a wall at The Castle Climbing Centre in London on Wednesday.

But in a now-deleted comment, Lewis said: 'You're both useless' alongside a love heart emoji, even though Caroline has been ordered by a judge not to have any communication with him.

Caroline's friend Mollie had uploaded the video to her profile, captioning the post: 'We are professional climbers #healthiswealth.'

Reaching out: The collage of snaps, captioned simply with a love heart emoji, were posted hours after her boyfriend Lewis, 27, contacted her via the photo sharing platform

Meanwhile, Lewis cut a casual figure as he was seen making his way to work on Tuesday.

The former professional tennis player, 27, went for a laid back look for his outing, donning a navy sleeveless jacket which he paired with a white top and dark gray tracksuit bottoms.

Wrapping up for the frosty weather with a scarf, Lewis also wore a navy cap and a pair of white trainers.

The model carried his phone in one hand as he tried to keep a low-profile following the fall out from Caroline's assault charge. 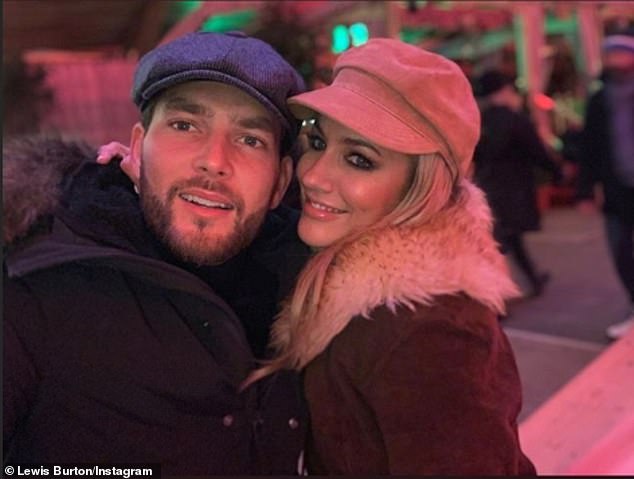 Ban: Lewis made his first public contact with Caroline since hitting back at split rumours - despite her being banned from contacting him after she was charged with assault

PREV Julia Louis-Dreyfus looks radiant as she stops by GMA to promote her new movie ...
NEXT Love Island CONFIRMS the return of Casa Amor

Ariel Winter goes back to fiery red hair as she leaves WeHo salon after Modern ...