Daisy Lowe and her good friend Charli Howard set pulses racing on Instagram on Valentine's Day when they posed in matching lingerie.

The pair looked sizzling in sheer red underwear as they stood alongside one another wearing the underwear sets from Agent Provocateur.

Model Daisy, 30, who is currently in a romance with singer Jack Penate, wrote alongside: 'HAPPY VALENTINES ♥️ love from us @charlihoward in our fave @agentprovocateur ♥️.' 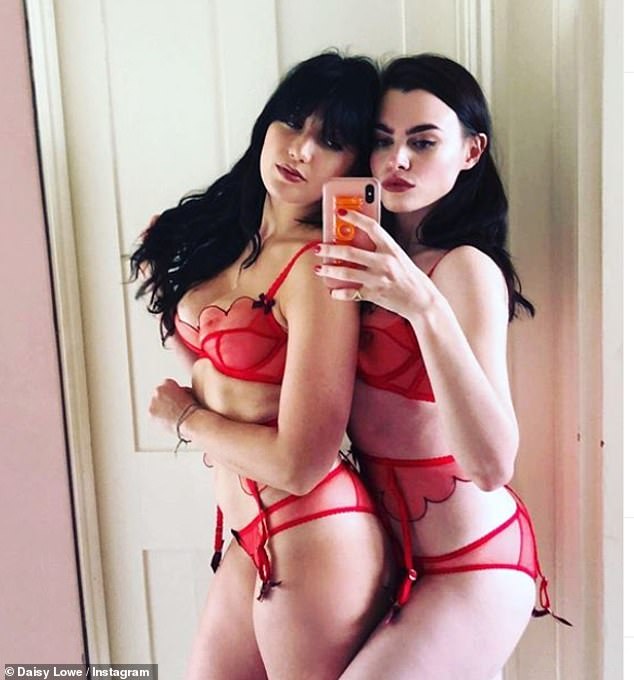 Meanwhile, Daisy has been happily dating Penate since early October, shortly after her split from model ex Cameron McMeikan.

Daisy and Jack recently jetted off on their first romantic holiday together, with the couple posting corresponding social media images from Sri Lanka.

In one snap, Daisy slipped into a slinky black Agent Provocateur swimsuit and declared she was 'in heaven' as she posed in front of a stunning sunset.

Reclining on the side of a private swimming pool, the catwalk queen grinned from ear-to-ear while enjoying her luxurious surroundings.