According to the birth certificate, which was shared by TMZ on Friday, Stoker officially gave birth to the couple's twins on February 19.

Jenner - whose parents are Caitlyn Jenner and Linda Thompson - already shares a four-year-old daughter Eva with his ex-wife Leah Felder, who he officially divorced in 2019. 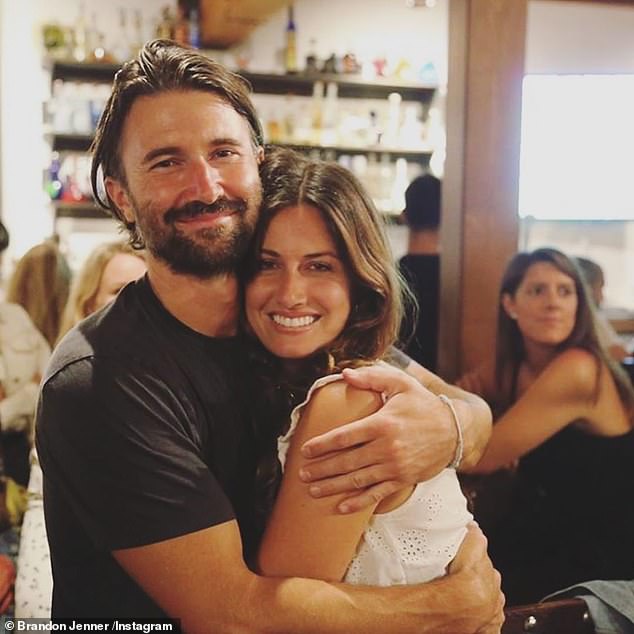 Twin boys! Brandon Jenner and his wife Cayley Stoker (right) gave birth to twin boys on Wednesday; the couple were photographed together in late January 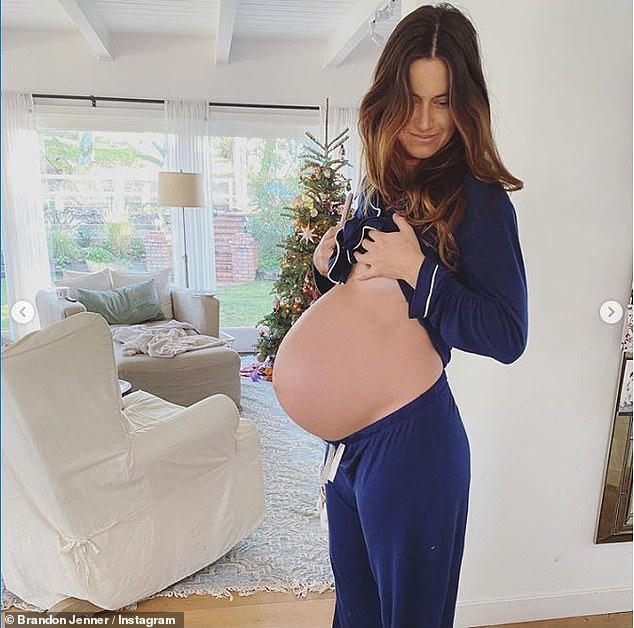 Heavy load: Brandon shared a picture of his wife on January 26 rocking a major bump

When Brandon and his bride learned they were pregnant with twins, they insisted on waiting to learn the gender until after they were born.

They announced their pregnancy in August when Cayley was already 12 weeks along.

The couple, who began dating in March of 2019, wed just last month during a private courthouse ceremony in Santa Barbara.

'We wed at the Santa Barbara Courthouse on Jan. 21 with my daughter Eva and Cayley’s grandmother, Joan, as our witness,' Jenner told People magazine. 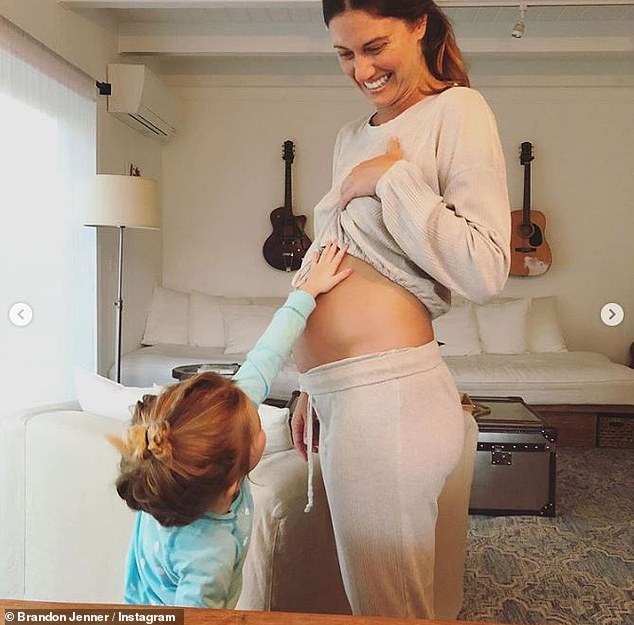 Big sister: Brandon shares a four-year-old daughter Eva with his ex-wife Leah Felder who he divorced in 2019; Eva (right) grasping onto Cayley's stomach in a picture shared to Instagram by Brandon on January 26 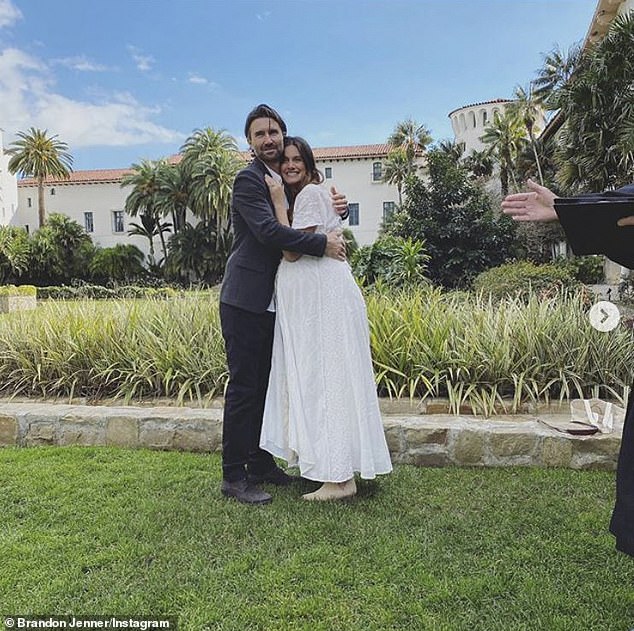 Making things official: The couple wed on January 1st in Santa Barbara, but Brandon did not make the wedding public until he posted a picture a picture from their big day on Instagram days later

The 38-year-old finally let the public in on the wedding, when he made a birthday post to Cayley referring to her as his 'beautiful wife.'

The post also featured a a slideshow of pictures with one photograph directly taken from the couple's wedding. The pair can be seen embracing one another in their wedding garb.

Weeks prior, Jenner treated his baby mama to an intimate baby shower, which was attended by his father Caitlyn Jenner and Caitlyn's closest pal Sophia Hutchins. 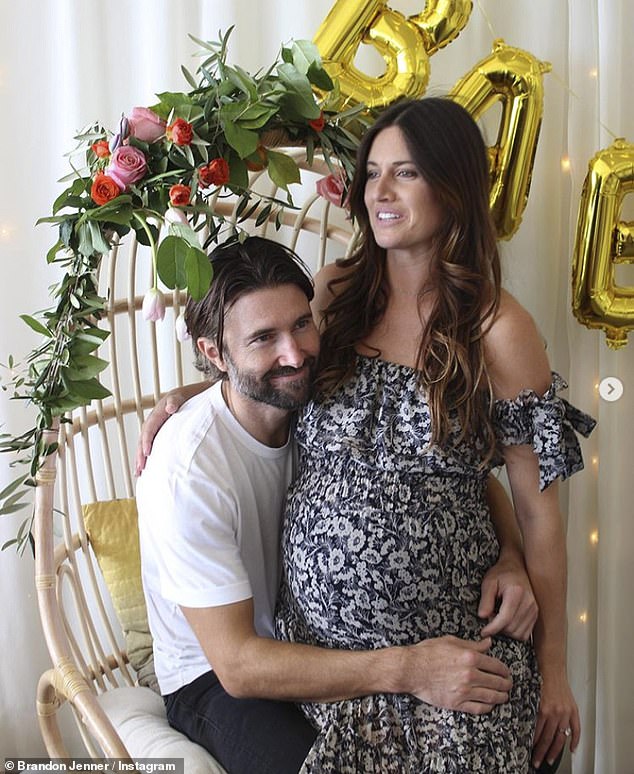