Tamzin Outhwaite has defended her two-year relationship with boyfriend Tom Child, who is 21 years her junior.

During Thursday's edition of Lorraine, the EastEnders actress, 49, admitted she 'doesn't care what others think' about their age gap, and insisted her daughters Florence, 11, and Marnie, seven, 'adore' their stepdad.

The soap star, who was previously married to actor Tom Ellis, also touched on turning 50 in November, enthusing she feels 'privileged' about entering a new chapter of her life. 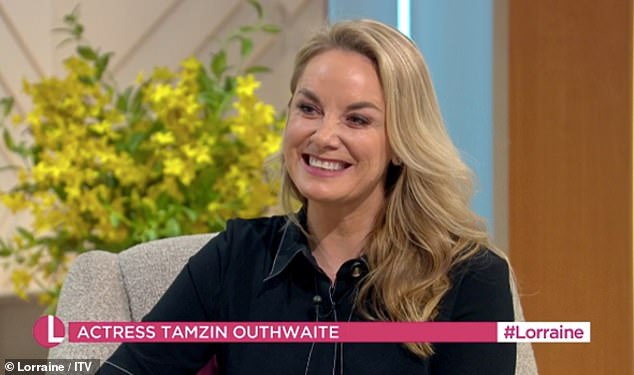 'When you get to this age, you stop caring what people think!' Tamzin Outhwaite defended her romance with boyfriend Tom Child, who is 21 years her junior, during Thursday's Lorraine

Tamzin has been dating Scareycrows actor Tom since April 2018, four years after her divorce from her former co-star and husband of eight years, 41, whom she shares her children with.

The Mel Owen actress has credited her new 'glow' to dating a younger man as she joked to presenter Lorraine Kelly: 'You know it is, Lorraine, you know it is!'

Revealing she's met Tom before, the host gushed: 'He’s rather lovely', to which Tamzin replied: 'He really is. He’s going to be so embarrassed by this!'

Shedding light on their blossoming romance, the media personality shared: 'It does work. It’s about energy and about connection, I think. 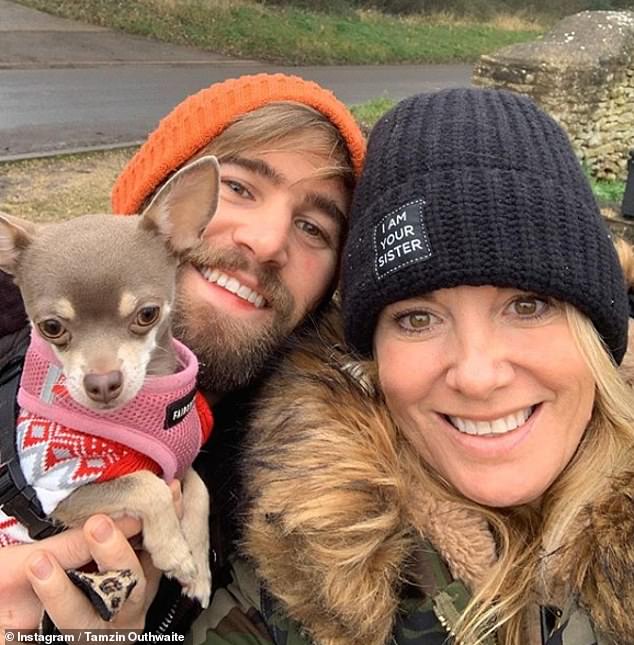 Happier than ever: The EastEnders actress, 49, admitted she 'doesn't care what others think' about their age gap (pictured in December) 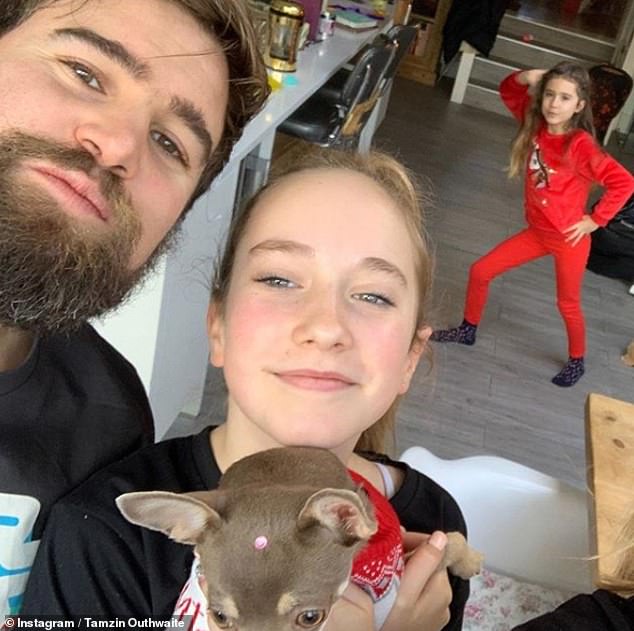 'It doesn’t matter how much you fight it - there’s 20 years between us. He just must never shave the beard off because that would be horrific for me!'

The blonde also said her two girls have grown to love her partner as she added: 'I tell you what it is, when you get to this age, you stop caring what people think.

'I think that’s a really important place to get to, because now the only opinions that matter are my two girls and if they adore him, which they do… that’s all I need.'

It has been claimed that her ex Tom - who has since tied the knot with screenwriter Meaghan Oppenheimer - cheated on her with Australian actress, Emilie de Ravin, in 2013 as

Ali Larter flashes a smile as she keeps her spirits lifted with rejuvenating ...