Harry Styles fans just got an exclusive taste of what's to come when he goes on a world tour this spring in support of his latest studio album, Fine Line.

The One Direction alum played an intimate secret show at the Bowery Ballroom in New York City as part of the iHeartRadio Secret Session concert series this Saturday.

The British pop superstar, 26, delivered his performance decked out in baggy blue-ish dress pants that was paired with a brown button-down shirt and a brown blazer. 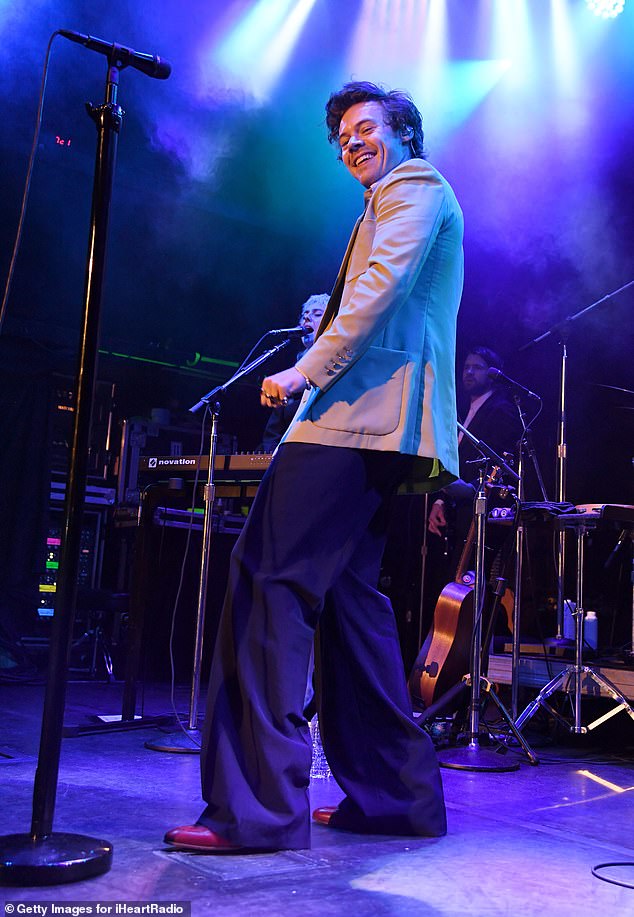 Bringing it: Harry Styles played an intimate secret show at the Bowery Ballroom in New York City on Saturday as part of the iHeartRadio Secret Session concert series

The English crooner played some of the hits to the delight of the enthusiastic crowd that included Adore You, Falling and Watermelon Sugar.

Afterward the show, Styles sat down for a brief conversation with host Tanya Rad, who's best known for her work on the syndicated On-Air With Ryan Seacrest morning show.

Styles has been playing short sets of four or five songs in the US and UK this month as part of his promotional blitz for his second solo studio album.

It debuted at number three in the UK and number one

PREV Myleene Klass celebrates her birthday in isolation as she shares sweet photo of ...
NEXT Lauren Pope shares gorgeous selfie of her bump as she candidly discusses ...