He's the illustrious producer behind the Real Housewives empire, Project Runway, on top of being a doting father to his son Benjamin.

But Andy Cohen is also a proud dog dad to Wacha, and he made time on Tuesday to take the rescue pup out.

The 51-year-old Bravo mega-producer multitasked on his cellphone while walking through the streets of New York City. 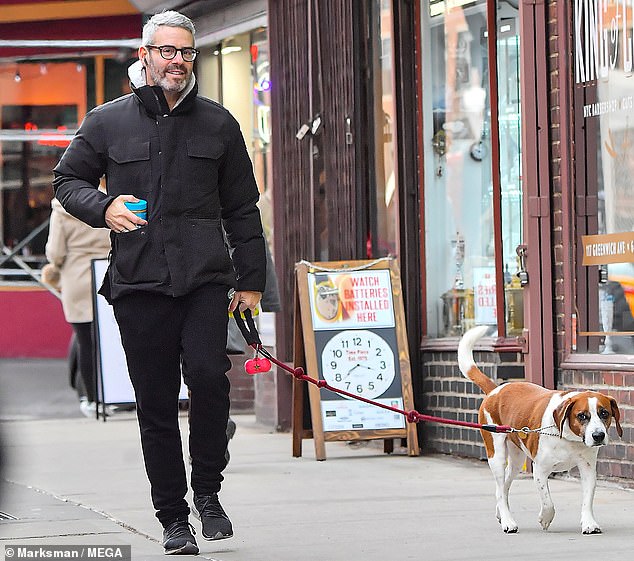 Dog time: Andy Cohen took his dog Wacha out for a walk on Tuesday in New York City

Cohen bundled up for some cold weather in the Big Apple, donning a plush black utility coat with a white fluffy extra high collar.

He teamed it with black joggers and matching black and grey sneakers.

Cohen seemed to have wireless earbuds in as he walked and added some black rimmed glasses.

The Watch What Happens Live host snuggled what appeared to be a blue jar of peanut butter into his packet as he walked. 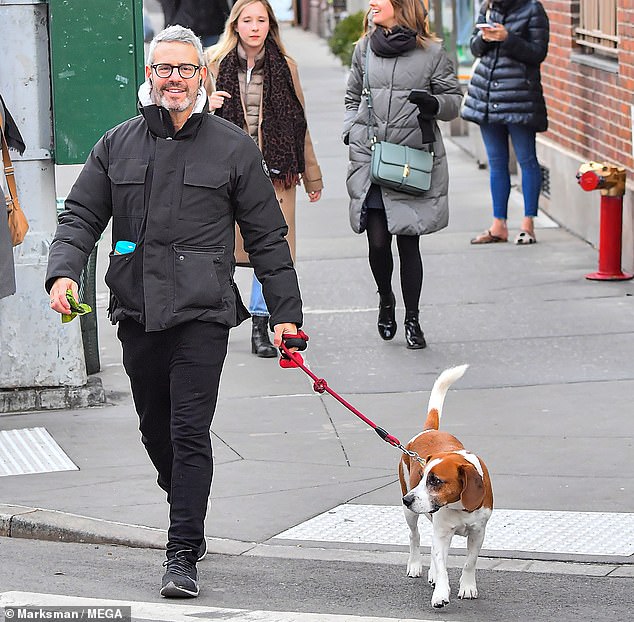 Is that Skippy in your pocket? The Bravo host seemed to snuggle a jar of peanut butter in his pocket

He followed alongside his pup via a red leash. Wacha, known as Wacha Cohen on Instagram seemed to enjoy some time outside.

Cohen adopted Wacha in 2013 from a kill shelter in West Virginia that November. 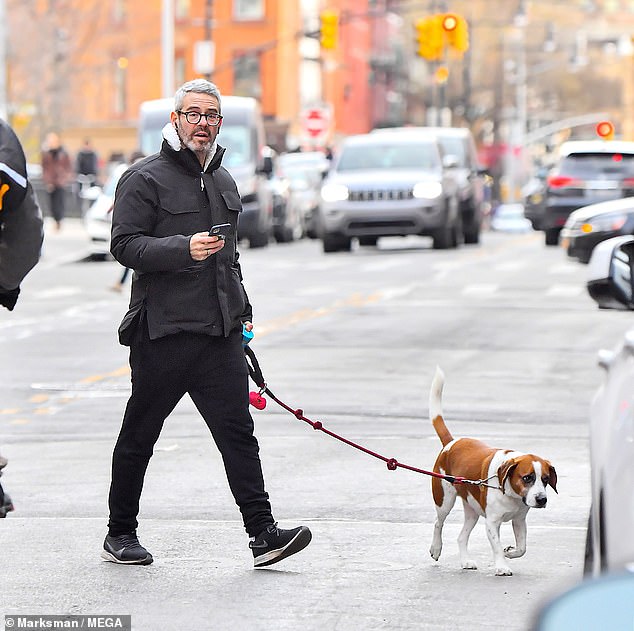 Longtime love: Cohen adopted Wacha in 2013 from a kill shelter in West Virginia

French lockdown helped slow coronavirus but too soon to lift it, PM says