'Is no one working?' Channel Seven viewers left outraged as The Chase falls silent due to a technical glitch

The program's host, Andrew O'Keefe, was silent as it continued running without sound on 7HD, Seven's high-definition simulcast channel.

A message at the bottom of the screen advised viewers: 'We apologise that the program has no sound on this channel. Please tune to Seven channel 71 to receive audio of this program.' 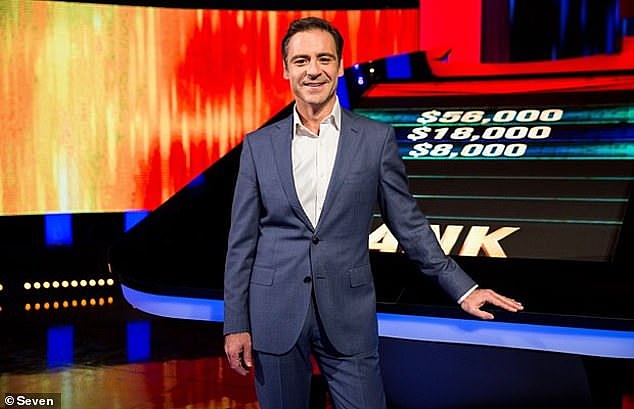 Several fans expressed their outrage on Twitter, with one writing: 'Not sure I'm digging this new mimed version of The Chase.'

'Channel Seven, you guys getting hassled about the audio-free episode of The Chase that's playing right now? Innovative and different but not really what we're after,' another tweeted.

A third wrote: 'Is no one working at Seven actually watching their own station?' A fourth commented: 'Channel Seven has had no sounds for minutes.'