John Legend admits seeing Chrissy Teigen walk Ed Hardy fashion show in 2010 convinced him they should wed... but she only recalls being 'star struck' by Jon Gosselin in the front row

John Legend has revealed that he knew he was ready to marry Chrissy Teigen when he saw her at a Ed Hardy fashion show back in 2010.

After Teigen, 34, posted a throwback from the runway show on Thursday via her Instagram, Legend, 41, commented: 'This was the year I proposed to you.'

He explained: 'After seeing you in the Ed Hardy show, I was convinced you were the woman I wanted to spend the rest of my life with.' 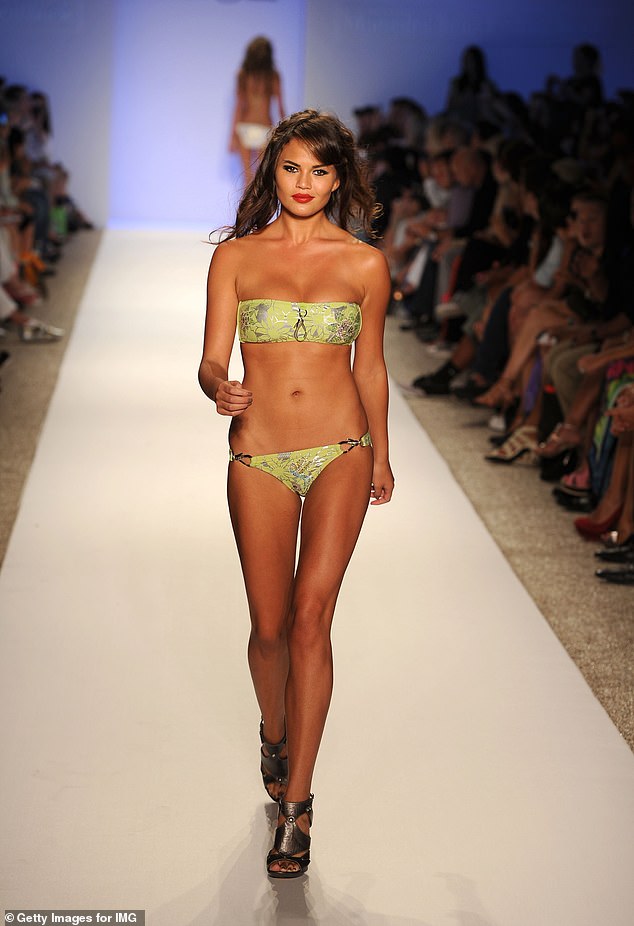 This is it: John Legend has revealed that he knew he was ready to marry Chrissy Teigen when he saw her at THIS Ed Hardy fashion show back in 2010.

However, it seemed to be a less memorable event for Teigen, who recalled in her caption that she was 'star struck' over seeing reality star Jon Gosselin sat in the front row.

Although she mentions the year 2011, the Ed Hardy Swimwear 2011 fashion show actually took place on on July 16, 2010, during Mercedes-Benz fashion Week Swim at the Raleigh in Miami Beach, Florida.

Funnily enough, designer Ed Hardy remembers Jon Gosselin, 43, all too well, as the tattoo artist said in 2013 that having the reality star photographed in his clothing led to the

PREV Bella Thorne strips down to her underwear to flaunt her slender stems in cheeky ...
NEXT Renee Bargh on rumours she dated Tom Cruise, and confirms his height