Demi Rose has shared an impassioned post about body shaming after she hit back at a troll who told her she had 'put on weight' during the nationwide lockdown.

The model, 25, put on a defiant display and sported a T-shirt with the words 'over it' emblazoned across the front, as she showcased her phenomenal physique.

Demi previously revealed that she suffered from an eating disorder while in her teens and dropped to just 37kgs, but insisted that she 'loves herself now'. 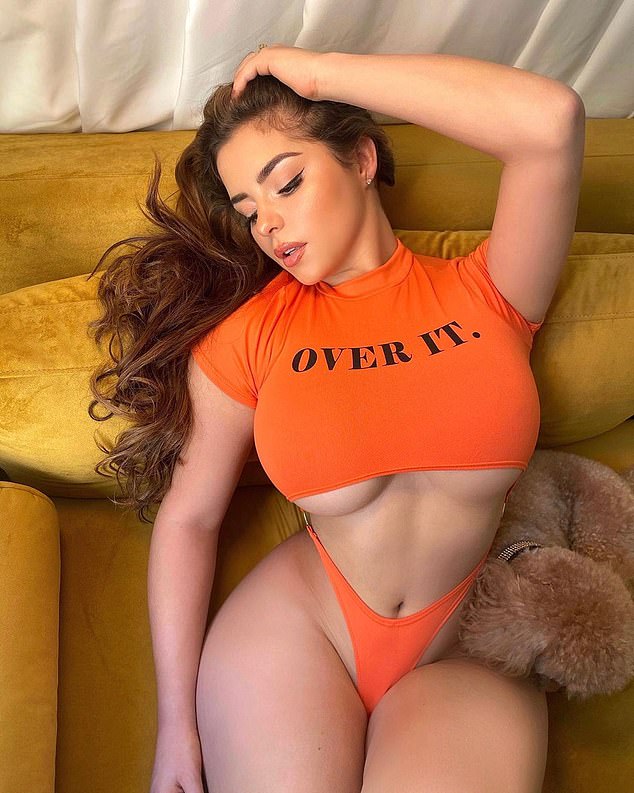 Over it: Demi Rose posted a racy snap to Instagram on Saturday as she claimed she was 'over people shaming people for how they look' after revealing she used to suffer with an eating disorder

The social media star touched on this during her rant and warned that 'people should be careful' what comments they made on other's pages.

The model, 25, also took to her Instagram Stories to post a fiery shot of her in a blue string bikini that left nothing to the imagination.

Sharing a snap of herself in a tiny crop top and a matching thong, Demi wrote: 'I'm over people shaming people for how they look, I'm over people that aren't pure and transparent, I'm over lockdown...

'I'm over not being able to connect with all my friends, I'm over a lot. But I'm not over loving as freely and as openly as I can, appreciating all that is, letting go of what doesn't serve me and having faith in all that's to come. What are you over?'

Demi continued to make her point on her Instagram Stories, as she shared a selection of skin-baring snaps and a clip addressing the issue.

She captioned the first picture on her Story: 'When people assume you've gained weight during quarantine cause you wear an oversized shirt. No, I'm just pale.'

Demi posted a second Story snap from a higher angle showing off her incredibly pert assets in the same bodysuit with the caption: 'Don't come for me.'

The Birmingham native then spoke to her followers to say: 'I want to rant about something. 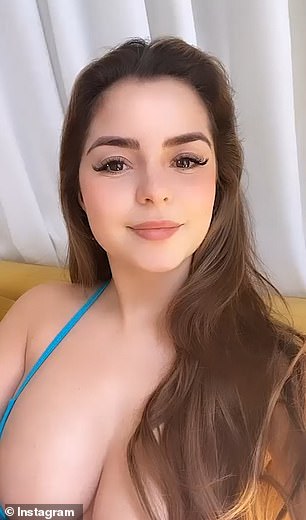 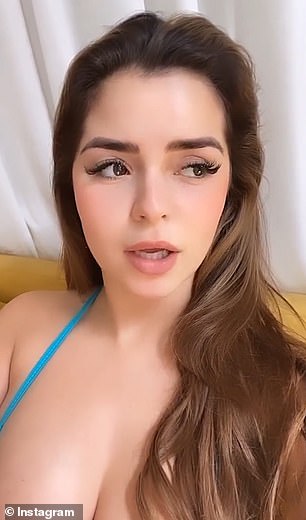 PREV Imogen Anthony appears to reference split with Kyle Sandilands in a cryptic ...
NEXT Kylie Jenner gets 'all dressed up with nowhere to go' in leather tube top and ...