Fans of Selling Sunset were outraged to discover that This Is Us star Justin Hartley informed ex Chrishell Stause over a text message that he would be filing for divorce back in November last year.

However, it seems Chrishell had mixed feelings about the support she received on Twitter after seemingly sticking up for her ex when she felt that Justin, 43, was starting to get 'bullied' on social media.

'I SO appreciate all the love you guys have given for #SellingSunset,' she tweeted over the weekend, adding: 'That being said, some of you are attacking a certain person in defending me. I appreciate the sentiment because certain things made me mad too. But I hate feeling like someone is getting bullied.' 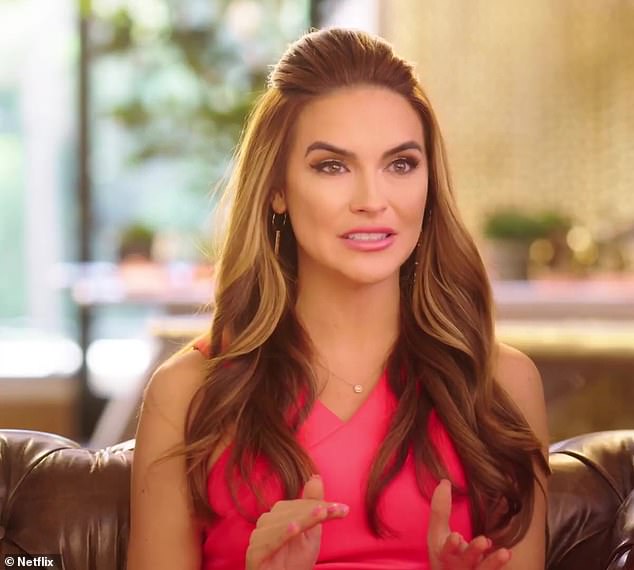 Chrishell had originally responded to a slew of funny and supportive tweets over the weekend, including one that referred to her ex as 'Justin Fartley.'

Writer Ira Madison wrote 'This n**** Justin Hartley TEXTED Chrishell that he was divorcing her?!?' to which Chrishell responded: 'Me trying to keep it classy and not like your tweet.'

She also responded to a GIF that showed the iconic Sex and the City movie scene where Charlotte berates Mr. Big for ditching Carrie at the altar.

But it seems as though the reactions were getting too intense for the reality star as she then backtracked and asked fans of the show not to be nasty and to stop bullying. 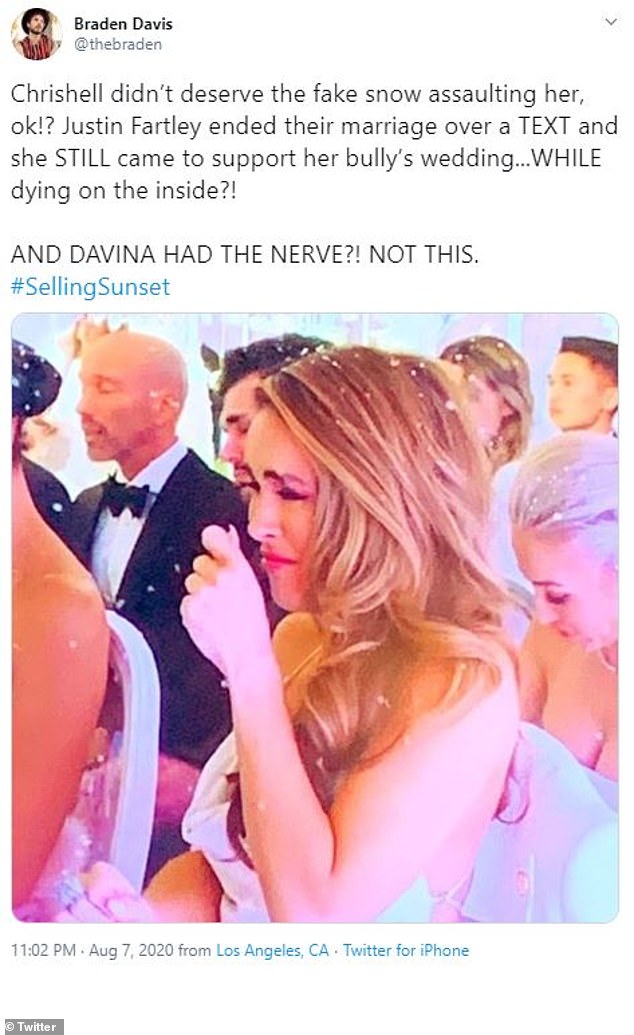 Reaction: Chrishell stoked fans when she responded to this tweet in jest, which referred to her ex as 'Justin Fartley' 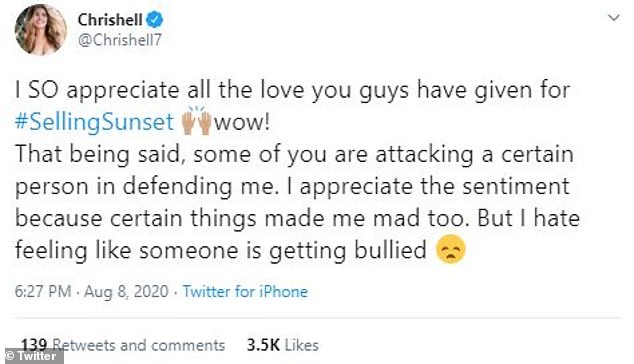