By Olivia Wheeler For Mailonline

Dominic Cooper stepped out with a bandaged hand in London on Wednesday.

The Mamma Mia! star, 42, cut a low-key figure in a vibrant gym wear as he enjoyed a stroll in the British capital.

Dominic opted for a pair of neon pink shorts with a cobalt blue T-shirt with a matching vest top over it. 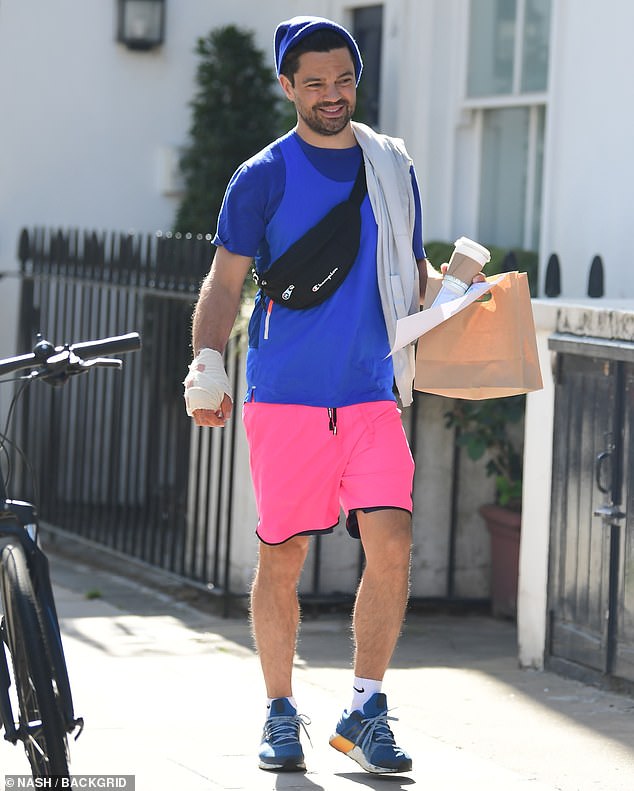 Ouch! Dominic Cooper stepped out with a bandaged hand in London on Wednesday

The actor appeared to be picking up a hot beverage and food during his stroll on Wednesday.

It is not known how Dominic has injured his hand or why it was bandaged. MailOnline has contacted representatives for comment. 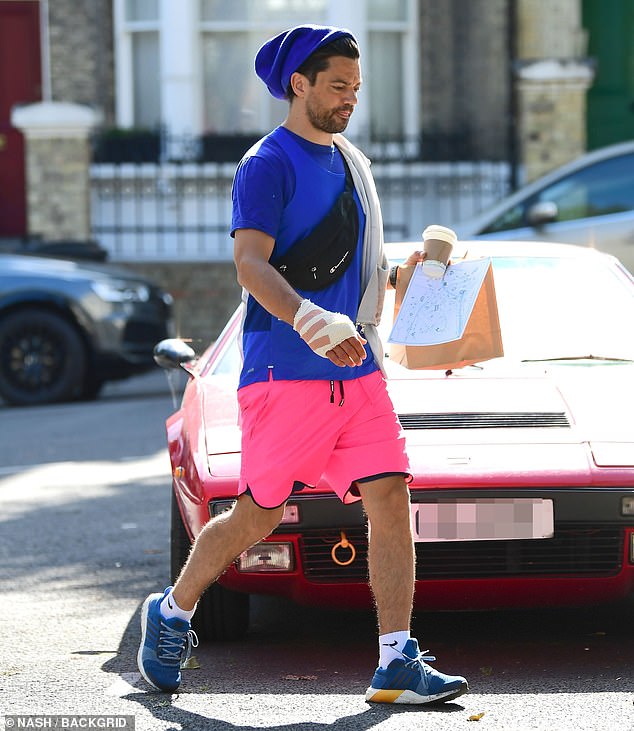 Stroll: The Mamma Mia! star, 42, cut a low-key figure in a vibrant gym wear as he enjoyed a stroll in the British capital

Richard and Gemma starred together in Eternals while Lily and Dominic co-starred in Mamma Mia! Here We Go Again.

The foursome posted several snaps of their rural getaway together to social media.

Dominic, Gemma and Richard decided to avoid the hustle and bustle of their respective homes in the city to stay in Blair Athol, a village in Perthshire known for its rustic stone buildings and scenic landscape.

PREV April Love Geary, 25, is 'pregnant with her third child' with singer Robin ...
NEXT Alesha Dixon believes having BGT forced off the air could 'work in the favour' ...