Alexa Ray Joel's got a lot of love for her dad Billy Joel.

After it was revealed that the 71-year-old singer 'never sells tickets to the front rows of his concerts' and instead gives them to fans in the 'nosebleed' seats, Alexa commented, 'A real mensch!' 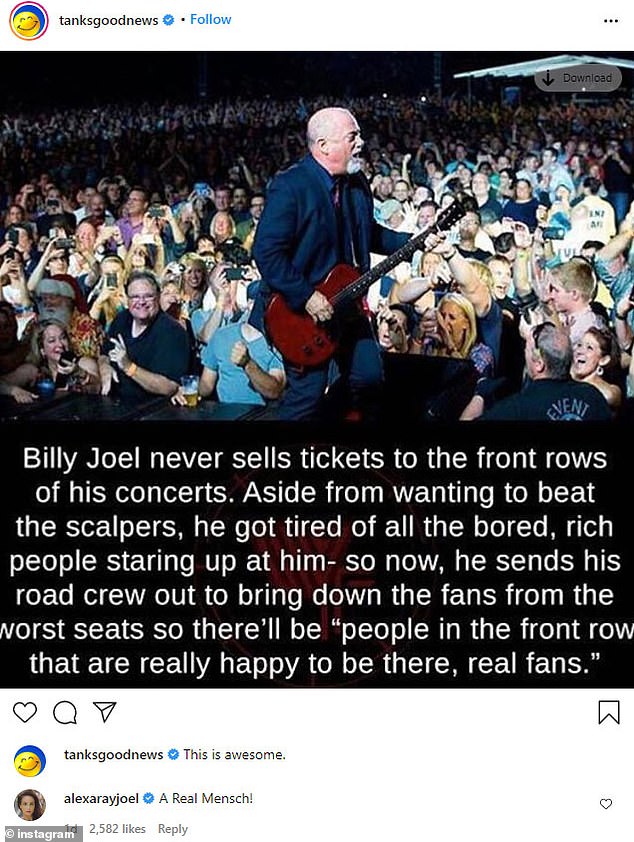 A real mensch: Alexa Ray Joel, 34, the daughter of American icon Billy Joel sang her father's praises on Tuesday after an Instagram post highlighted that her father doesn't sell front row tickets to his shows, opting to give them to real fans in the worst seats instead

The 34-year-old daughter of Billy Joel and Christie Brinkley, 66, used the Yiddish term for 'good person' as she sang her father's praises in the comment section.

The post continued to write that in addition to wanting to 'beat the scalpers', Billy 'got tired of all the bored, rich people staring up at him - so now he sends his road crew out to bring down the fans from the worst seats.'

The caption concludes that his approach ensures that 'there'll be people in the front row that are really happy to be there, real fans.'

The Instagram account - which spotlights heartwarming stories - took slices of its post information from a 2014 Billboard interview where Billy Joel talked about his shows' energy and good intentions. 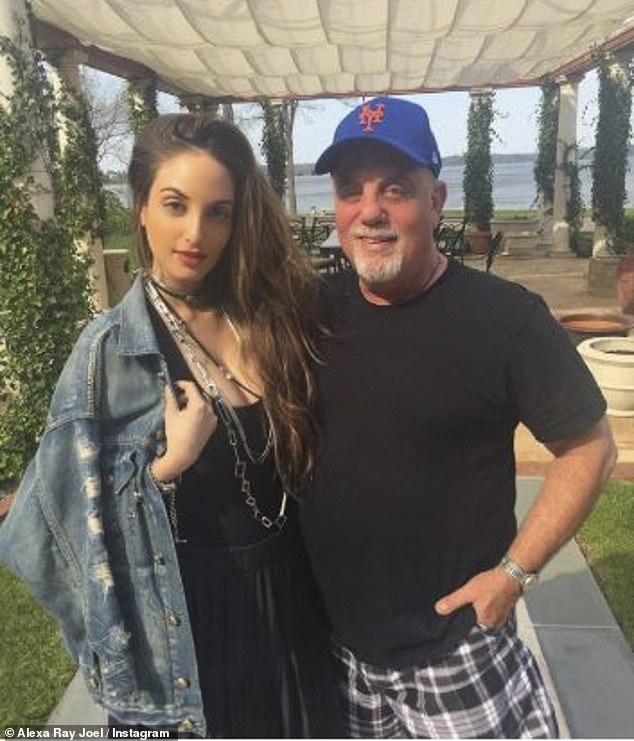 Daddy's girl: Alexa got her love of singing from her famous father. The NYU grad released her first EP in 2006; June 2020 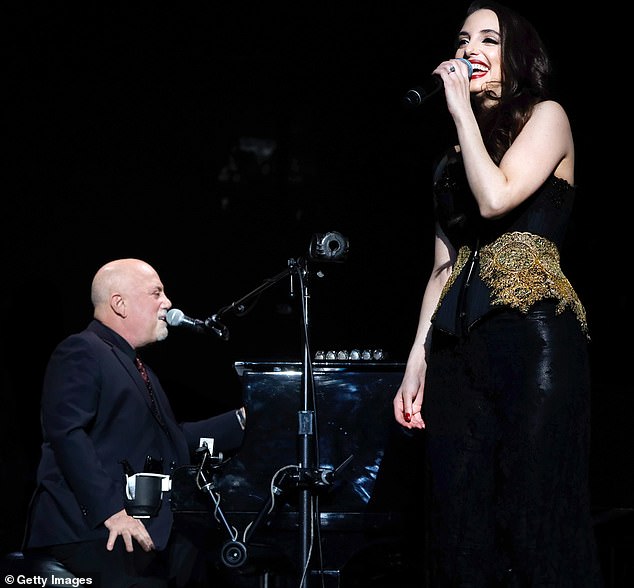 PREV Christine McGuinness' mum has been diagnosed with breast cancer
NEXT Alesha Dixon believes having BGT forced off the air could 'work in the favour' ...

How learning an instrument can fine-tune your health mogaznewsen