EXCLUSIVE: Hailey Bieber shows off her trim bikini body as she and husband Justin enjoy a beach pit stop on their vacation in Idaho

Justin Bieber and his wife Hailey Bieber continue to life their lockdown life in style.

The couple were seen enjoying their most recent vacation in Idaho this week, as Hailey, 23, showed off her impressive bikini body in a green two-piece.

Meanwhile, pop star Justin, 26, displayed his vast display of body art as he went shirtless in a pair of teal blue swim shorts as they took to a beach area on Wednesday. 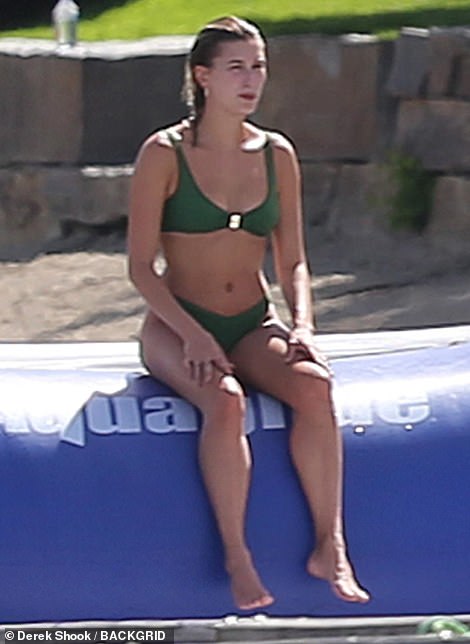 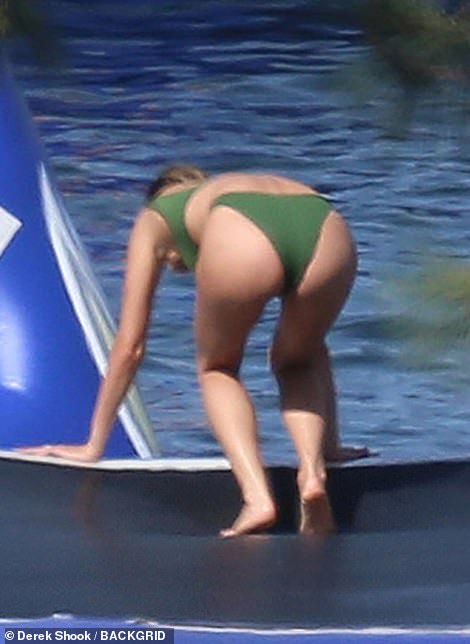 Splashing around: Hailey, 23, appeared to be having fun on an inflatable as she enjoyed the day out 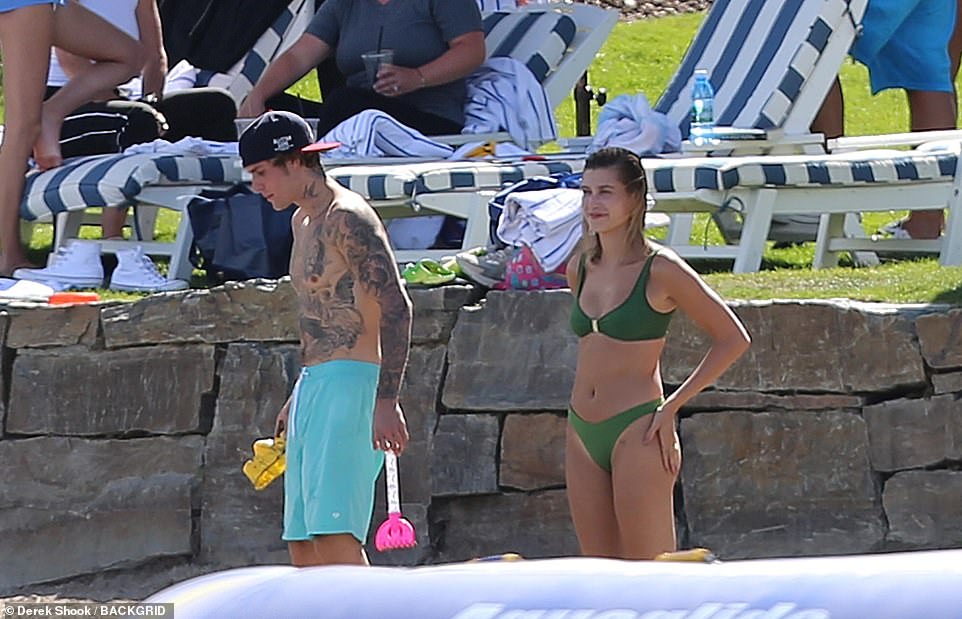 Must be nice! Hailey Bieber shows off her trim bikini body as she and husband Justin enjoy their vacation in Idaho during lockdown on Wednesday

The famous pair - who were married on September 13 in 2018 - were in high spirits as they enjoyed their fun break with friends.

At one point, it seemed as though the Baby singer was getting back to basics as held onto a bucket and spade while standing alongside his wife on the beach.

The sighting comes after it was revealed that the pair have reportedly bought a huge $26 million new home in Los Angeles. 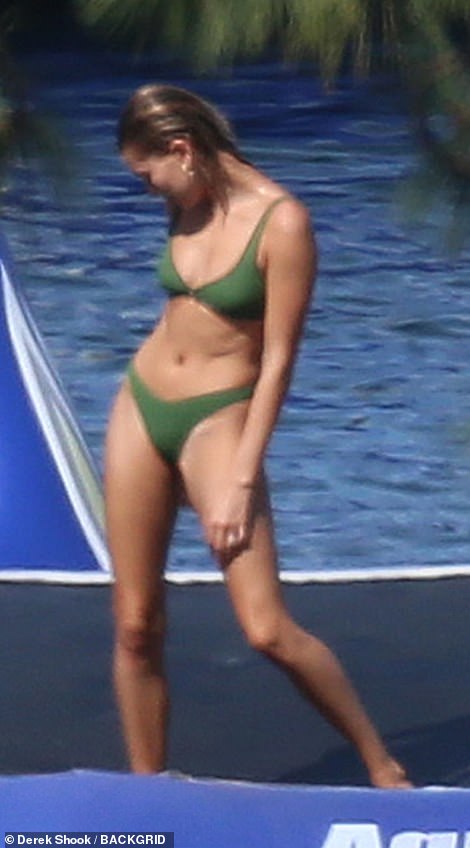 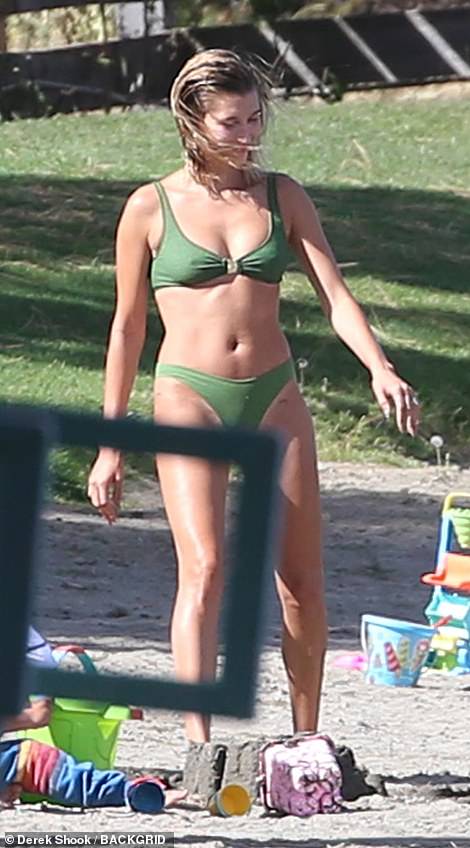 Model behaviour: Hailey showed off her incredible figure while having fun in Idaho with Justin 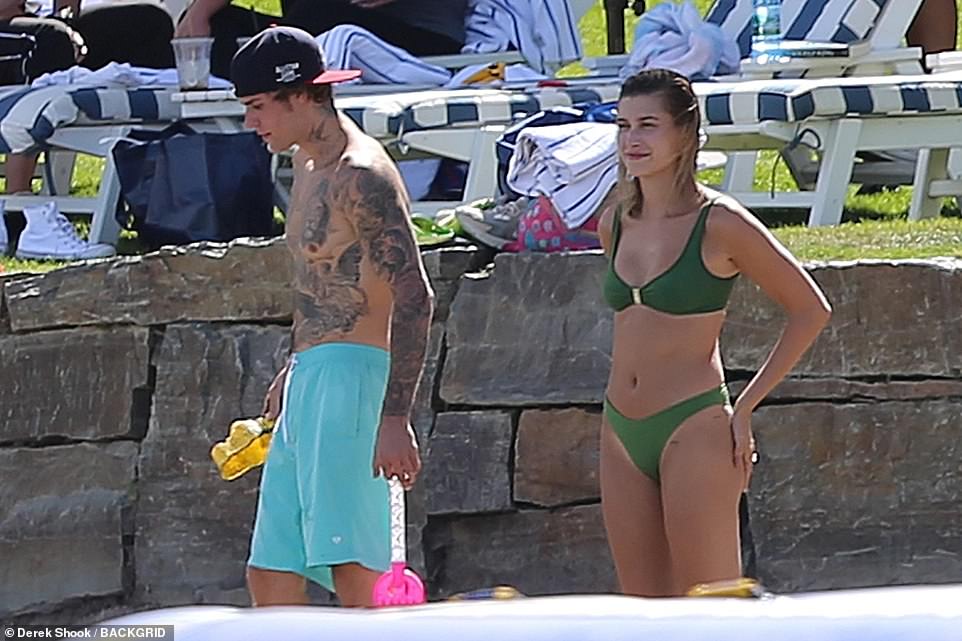 Attractive couple: Both Hailey and Justin showed off their buff bodies while relaxing on a beach 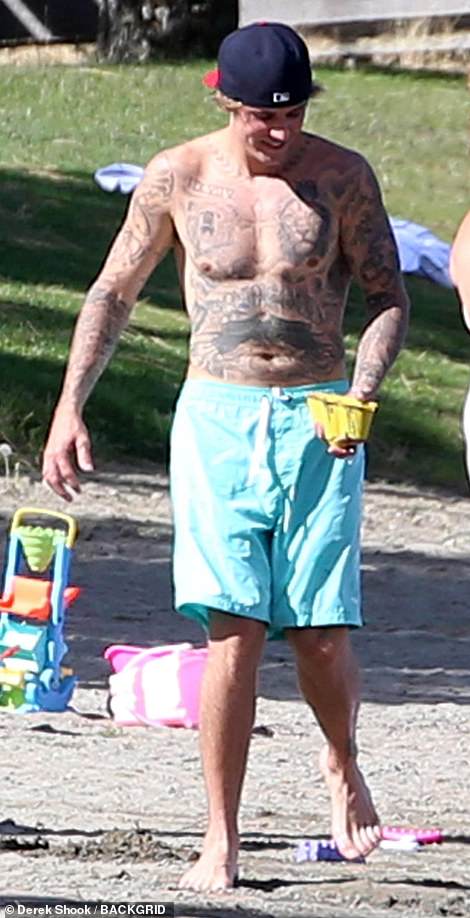 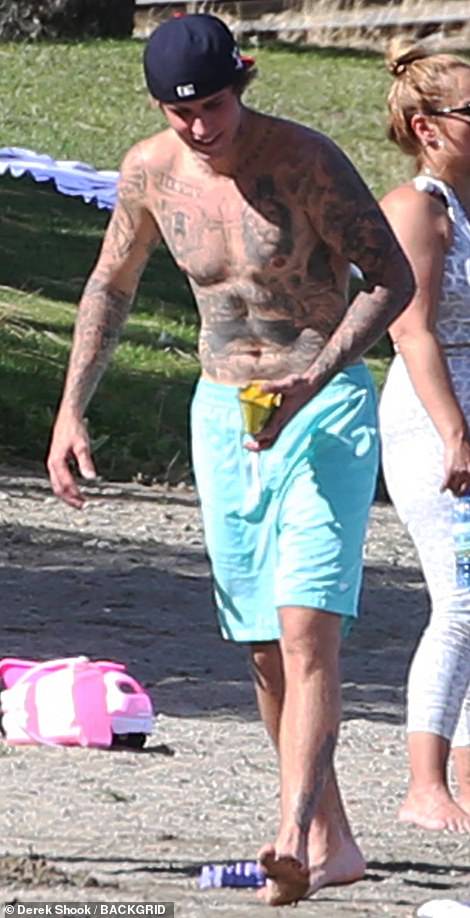 Daddy in training? Justin appeared to be having fun with a friend's child as he built sandcastles on the day out 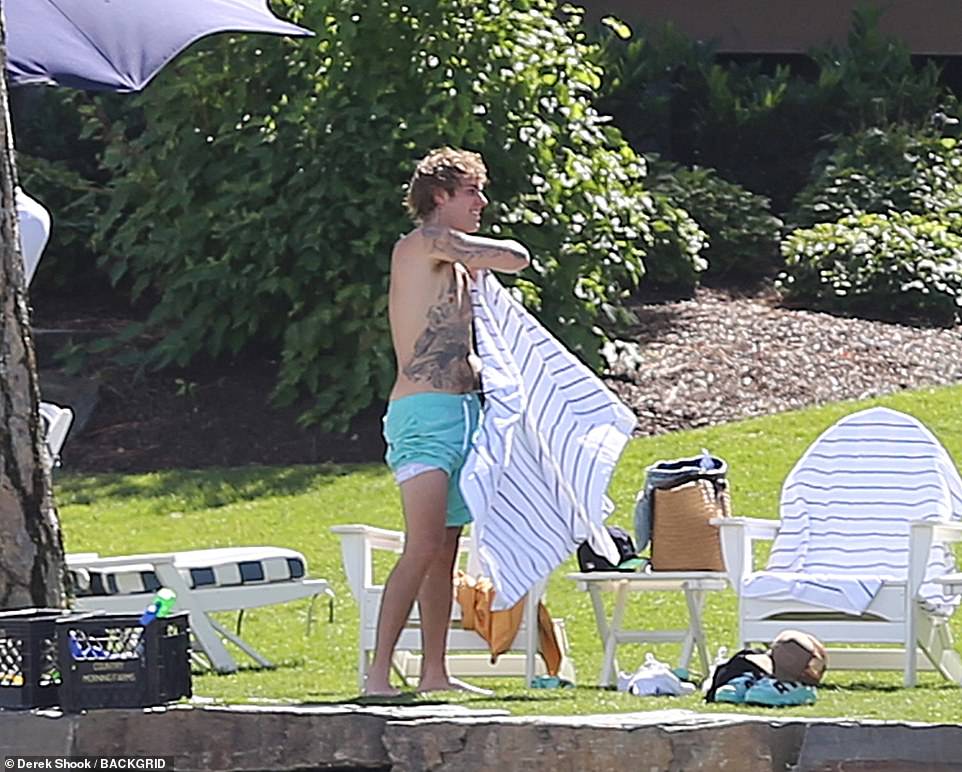 PREV Lizzo teases fans with a revealing shirt and cleverly placed concealing tape: ...
NEXT Alesha Dixon believes having BGT forced off the air could 'work in the favour' ...

Chinese tourists to return to Thailand next week mogaznewsen