Since TOWIE graced our screens a decade ago, fans have fallen for the lovable stars of the show, been hooked on their rows and even added their jargon to everyday vocabulary.

Yet all has not always been rosy, as behind-the-scenes scandals have raged, with stars of the show embroiled in heartbreaking battles, brushes with the law, physical attacks and much more.

We take a look at the trials and tribulations of the TOWIE elite over the past decade... 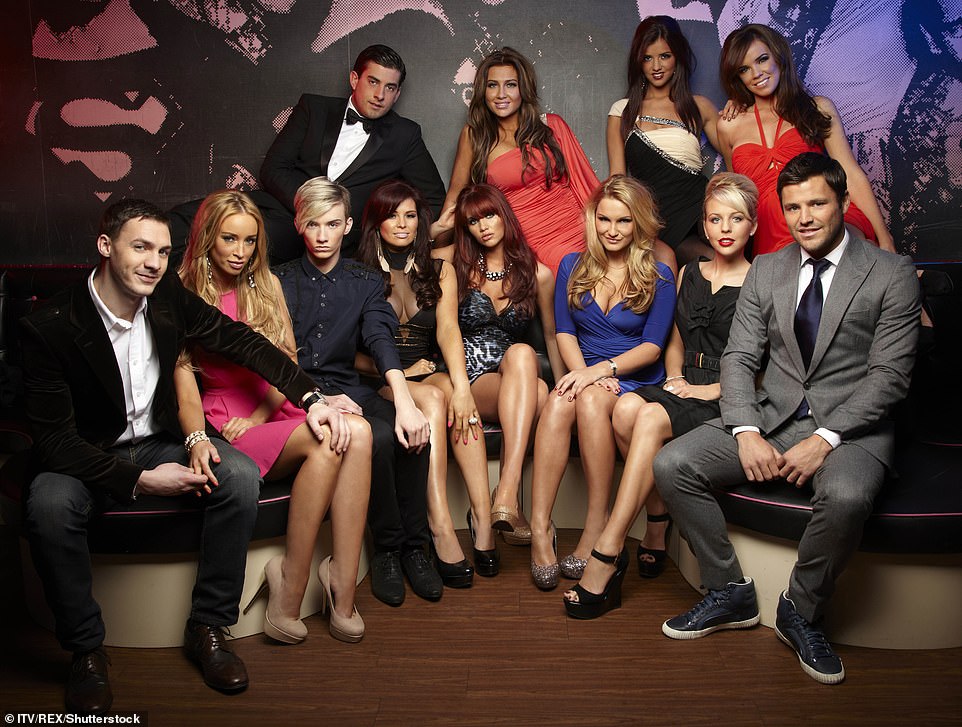 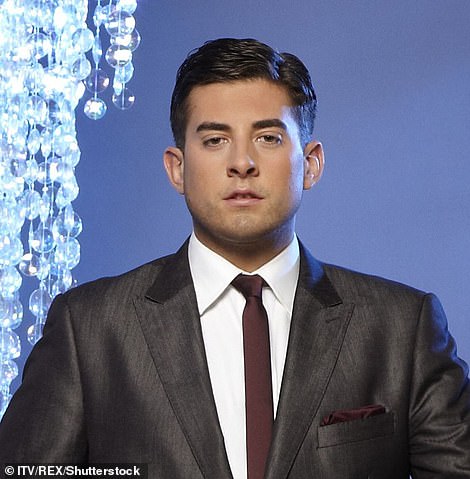 Tough times: Perhaps most effected by TOWIE fame is James Argent, whose time in the spotlight has been thwarted by his very public battles with a host of demons (pictured in 2011)

Perhaps most effected by TOWIE fame is James Argent, whose time in the spotlight has been thwarted by his very public battles with a host of demons.

In 2014, James sparked concern when he was filmed being guided off a plane while covered in vomit with his shirt undone.

He said of the incident: 'I'm sure most people have got pissed and got a bit sick or got drunk on a plane, but if I do it I get caught'.

The following year he was admitted to rehab when his partying spiralled out of control, as he said: 'Underneath everything I was badly depressed. I was anxious and tired.'

In October last year, ambulances were called to James' house amid fears he had overdosed.

Shortly before his on-off relationship with Gemma Collins came to an end when she insisted she feared drugs would kill him.

Since then, Arg has now admitted is a cocaine addict after using the Class A drug heavily for seven years.

Discussing his overdose, he said: 'I locked myself in my house and took drugs for three days straight on my own in the pitch black.

'I was at rock bottom. My heart was beating out of my chest, my nose was bleeding, I was shaking and my breathing was terrible. My family were banging on the door screaming, 'Open up' but I wasn't answering the door to anyone. They feared I'd overdosed and was dead in the house'. 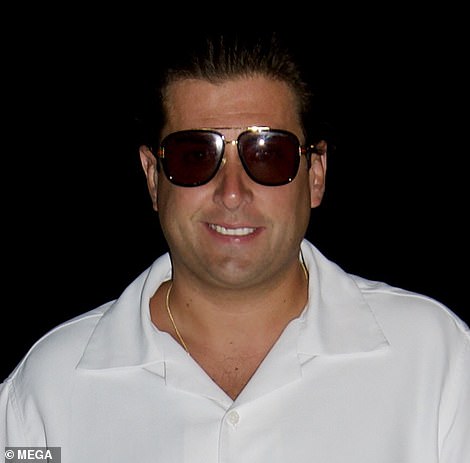 Getting better: Arg has now admitted he is in recovery from a cocaine addiction after being a heavy user of the Class A drug for seven years (pictured last month)

He is now in recovery.

In August 2014, James was forced to apologise for sparking a police missing person alert when he reportedly went to the 'wrong airport' and vanished for 24 hours.

Fears grew for Arg after he failed to turn up for an early-morning flight to Majorca after leaving his family home in Woodford Green, east London.

Scotland Yard issued a public appeal for his whereabouts, 26 hours after he vanished, while fans began a Twitter campaign with the hashtag #PrayForArg.

But just three hours later he phoned his father, who told MailOnline he may have turned up at Stansted Airport in Essex while his worried agent waited at Gatwick.

Since his very first appearances on the show, Arg's weight has been a hot topic, with his many attempts at slimming down becoming a central backbone to his storylines.

Last year, he admitted his weight struggles could prove deadly , as he revealed: 'I've had check-ups.

'My heart's OK, I have no signs of diabetes and my cholesterol is not too high. But I was weighed and I was the biggest I'd ever been — around 24 stone. I could become ill or die. The swim is an opportunity to sort my life out.' 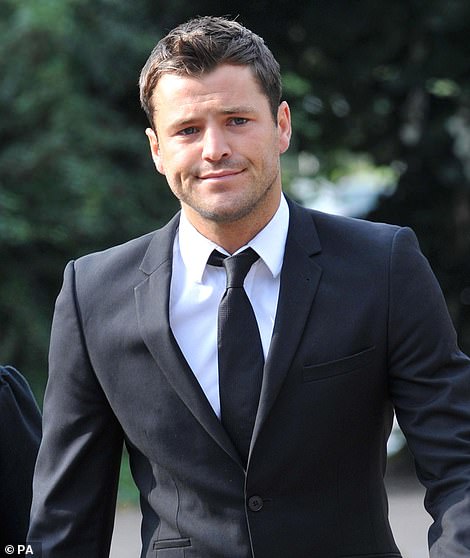 Cleared: In January 2011, Mark Wright was hurled into court after being accused of using threatening behaviour outside a nightclub (pictured outside Redbridge Magistrates Court, Ilford, at the time)

In 2010, Mark Wright's dreams of building a nightclub empire came crashing down. Having launched the Chigwell club Deuces with his friend Jack Tweed - widower of reality star Jade Goody - things ended in disaster.

The fire started just hours after Mark and his co-stars attended the Halloween party at the venue, which was filmed for the show.

The fire brigade were called to the scene in Chigwell Road at 4.50am after a brick was thrown through a front window.

Police launched an investigation into the cause of the fire and it was treated as suspected arson.

A Metropolitan Police spokesperson told MailOnline at the time: 'At 4.50am there was a report of a fire at a licensed premiere in Chigwell Road, Chigwell.

'The Fire Brigade attended the dealt with the blaze. There was no injuries reported.'

In January 2011, Mark was hurled into court after being accused of using threatening behaviour outside a nightclub.

It was alleged that Mark 'saw red' after hearing Tom Grantham, 21, say he was going to throw a brick through the window of Deuces Bar and Lounge.

The then-24-year-old was cleared of the charges at Redbridge Magistrates' Court in Essex.

Jack Tweed admitted common assault in relation to an attack on Mr Grantham on the same night. 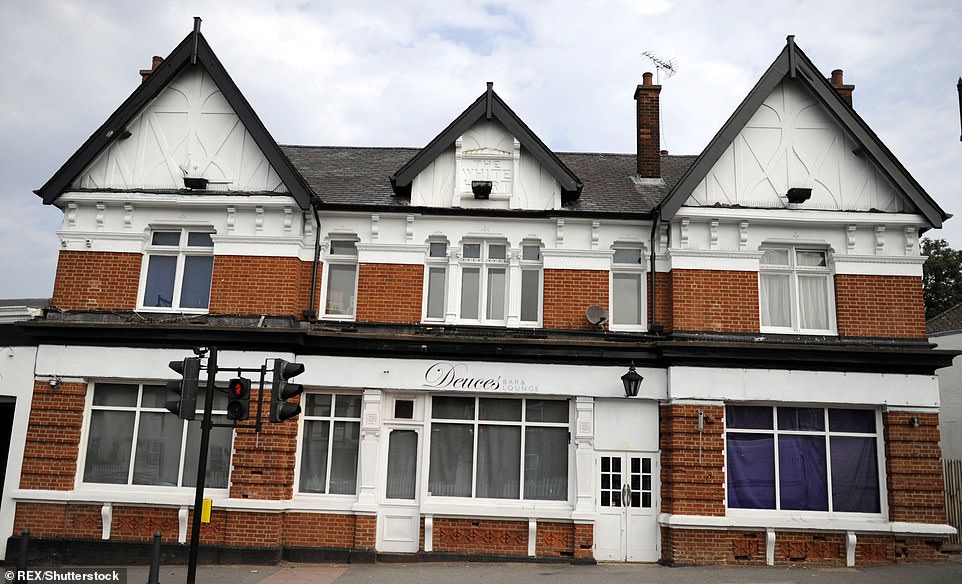 Sad story: In 2010, Mark's dreams of a nightclub empire came crashing down when a suspected arson attack saw the club burned down 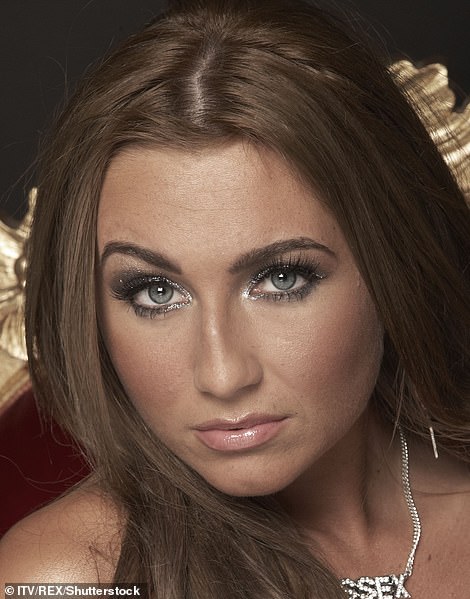 Shocker: In October 2016, Lauren was investigated by police over an incident in TOWIE hotspot Sugar Hut (pictured in 2010)

In a similar fate to her former fiancé, in February 2012, Lauren Goodger's salon Lauren's Way was petrol bombed and attacked by arsonists just hours after opening.

She detailed on the show her extensive losses in regard to stock and also the emotional impact.

She said there was about £10,000 worth of damage and she also had to fork out £750 on steel security shutters.

Speaking at the time, she said: 'I don't feel safe. I don't want to be on my own and it's terrifying to think I was targeted.'

A family lived in the flat above the store and Lauren said she was relieved that no one got hurt especially the child.

She added: 'Someone could have been killed. It's just horrible to think someone was prepared to do this - to get me - without a thought for anyone's life.'

In October 2016, Lauren was investigated by police over an incident in TOWIE hotspot Sugar Hut.

Essex police released a statement claiming: 'We are investigating reports of assaults occurring at around 1.30am on Sunday morning, October 9, on the first floor of the Sugar Hut in Brentwood High Street.

Officers were contacted with reports three women were assaulted.' No further action was taken. 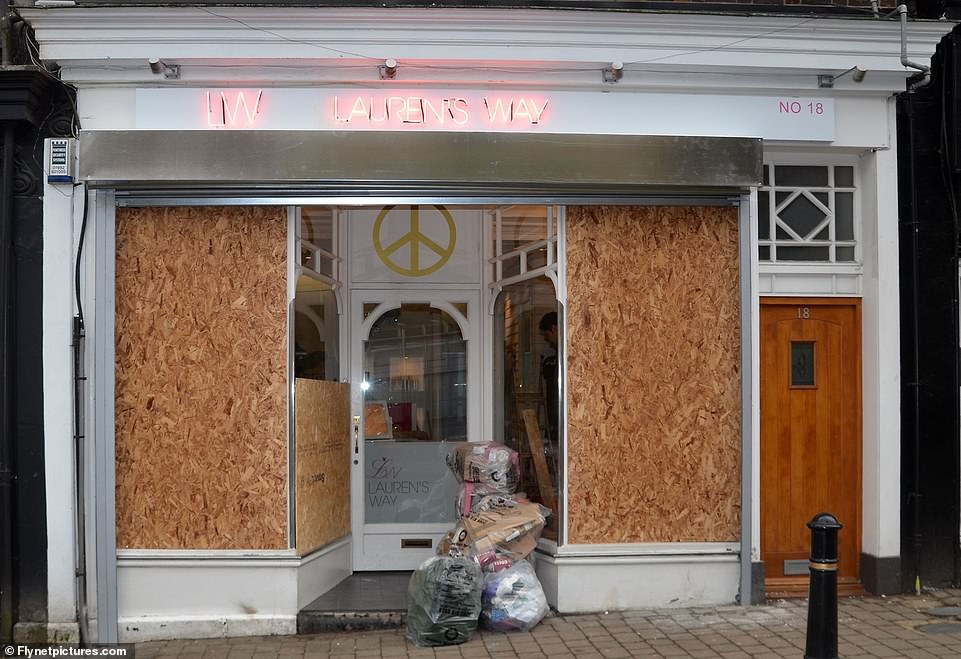 Bombed: In a similar fate to her former fiancé, in February 2012, Lauren Goodger's salon Lauren's Way was petrol bombed and attacked by arsonists just hours after opening 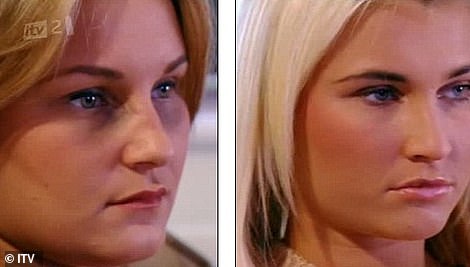 Bruised: In 2011, Sam and Billie were victims of a horrifying assault by a gang of girls, admitting she thought 'I was going to die'. Sam, then- 20, was beaten until she was unconscious after she was lured to an estate near Chigwell, Essex on false pretenses  (pictured on TOWIE after the attack)

In 2011, Sam and Billie Faiers were victims of a horrifying assault by a gang of girls, which left the former admitting she thought 'I was going to die'. Sam, then-20, was beaten until she was unconscious after she was lured to an estate near Chigwell, Essex on false pretenses.

Sam was beaten up shortly after her older sister Billie was robbed and attacked by the same gang in a London nightclub.

Billie, who was 21, explained how a fun night out turned sinister when the group of girls surrounded her on the dancefloor at the Jet Black club near Tottenham Court Road.

After she was cut by a glass or bottle in the club, the action moved outside, when she was kicked and punched by members of the group.

She said: 'They were punching me and hitting me with their high heels when I was on the ground. They pulled my hair and dragged me along the street.

'I thought, 'I'm in real trouble now'. No one could help me. They took my shoes, my bag and my phone. I can only compare them to wild animals.' Part of the incident was videoed and uploaded onto YouTube. 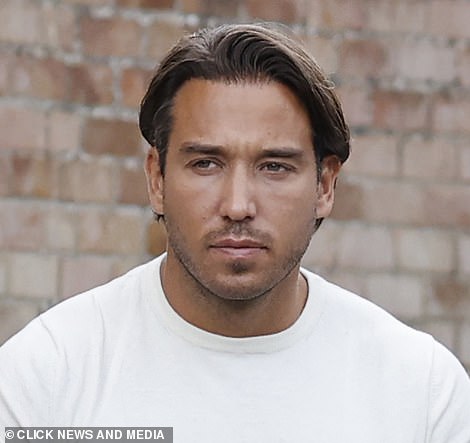 Drug shame: In Feburary 2014, James Lock was arrested on suspicion of possessing Class A drugs and criminal damage after he and another male were involved in a dispute with a taxi driver in Dagenham, Essex (pictured last month)

In Feburary 2014, James Lock was arrested on suspicion of possessing Class A drugs and criminal damage after he and another male were involved in a dispute with a taxi driver in Dagenham, Essex.

The arrest led to his temporary