She withdrew from her first-round tennis match in Istanbul this week after feeling unwell.

But Heather Watson appeared in brighter spirits as she darted around London on an electric scooter on Thursday.

The tennis ace, 28, cut a casual figure in active wear as she joked around with her pal and explored the city sights. 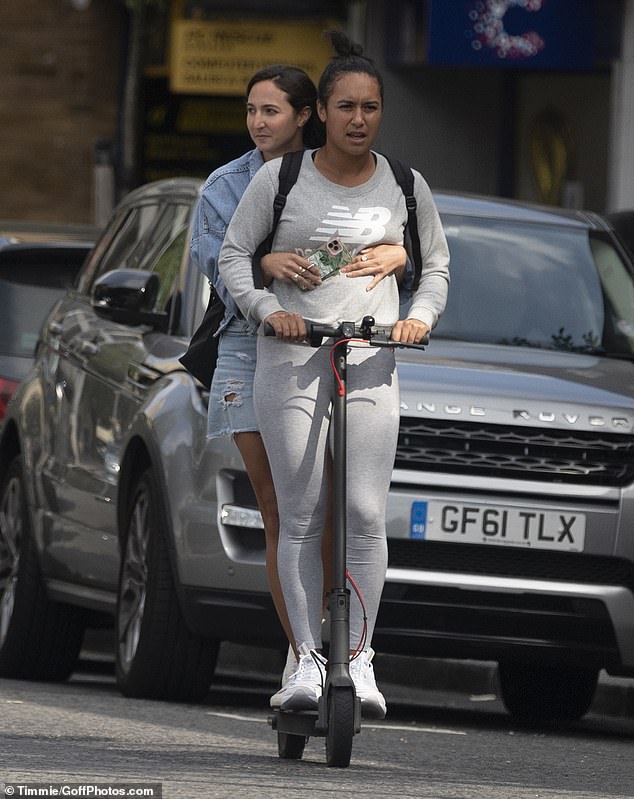 Speedy sightseeing: Heather Watson cut a casual figure in active wear as she darted around London on an electric scooter with her friend on Thursday

The sportswoman was kitted out in New Balance from head-to-toe as she donned a grey jumper, matching leggings and trainers from the sports brand.

Heather kept her raven locks in a casual topknot and decided to go make-up free for their day out.

The British number two appeared to be feeling better as she drove her scooter on the busy roads, while her friend wrapped her arms around her so she didn't fall off. 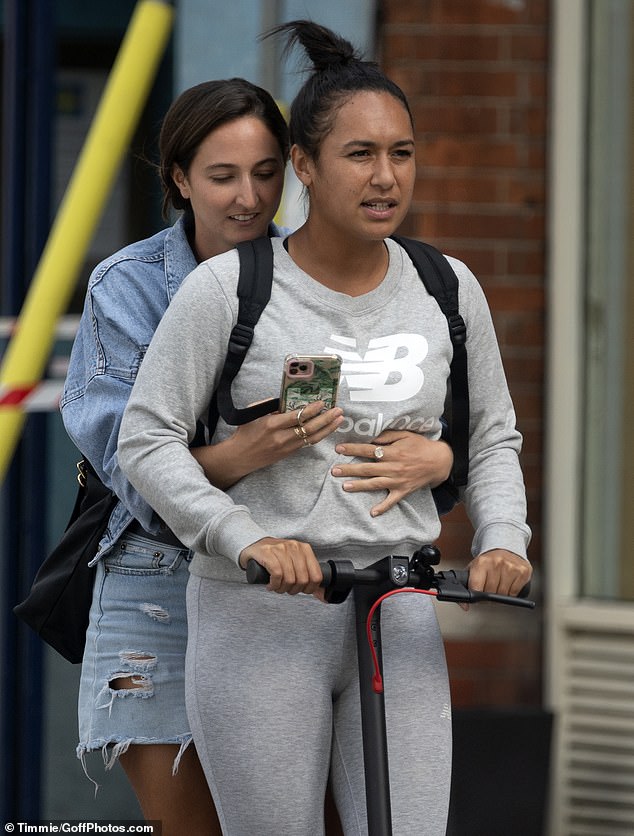 Back on top form? The tennis ace, 28, withdrew from her first-round match in Istanbul this week after feeling unwell but appeared in brighter spirits during her day out in the city

Her pal sported a denim mini skirt, a matching jacket and a black bandeau top as she posed up a storm and got Heather to capture the photos.

Heather was the fifth seed at the TEB BNP Paribas Tennis Championship at the Turkish event.

The tennis star had her blood pressure and

PREV Vogue Williams hits back at trolls as she's shamed for post-baby weight loss ...
NEXT Alesha Dixon believes having BGT forced off the air could 'work in the favour' ...