Carlin Sterritt's 'mystery woman' Andi Lew is an anti-vaccination activist who refuses to get her son, 10, immunised

The Bachelorette's Carlin Sterritt was spotted with self-described 'wellness expert' Andi Lew in Bondi Beach on Friday, following his split from Angie Kent.

And Daily Mail Australia can reveal that Andi, 46, is a longtime anti-vaccination activist who refuses to get her 10-year-old son, Beaudy, vaccinated.

She was featured in a Nine News segment in 2014 about parents in wealthy Melbourne suburbs like South Yarra choosing not to immunise their children. 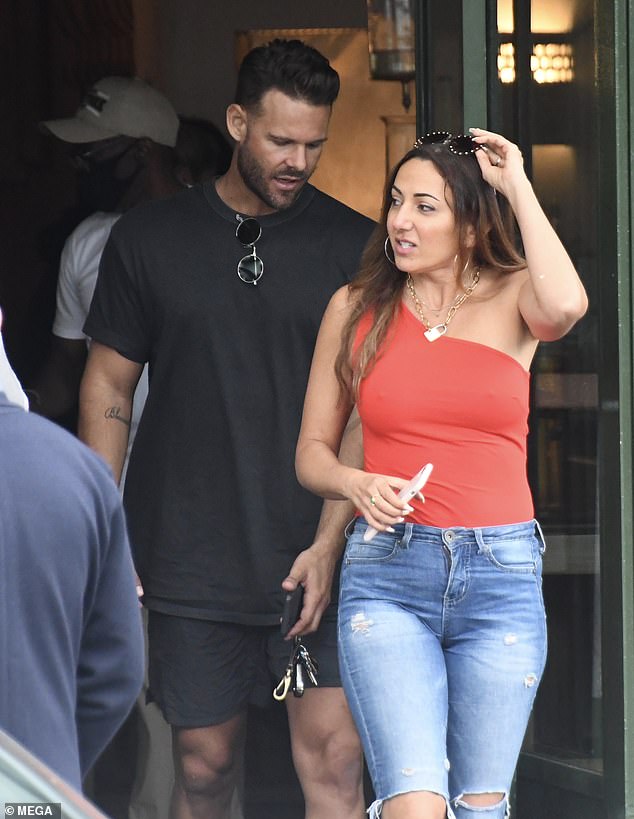 Carlin's mystery woman revealed: The Bachelorette's Carlin Sterritt (left) was spotted with self-described 'wellness expert' Andi Lew (right) in Bondi Beach on Friday. Daily Mail Australia can reveal that Andi, 46, is an anti-vaccination activist who refuses to get her own son vaccinated

'If vaccinations work, then why are you so worried about whether I vaccinate my child or not?' Andi said in the news segment.

After her media appearance, she posted three photos and one short video of the segment to Instagram at the time.

'I am not anti or for. I'm pro-choice. I think people must be educating themselves on the effectiveness and safety around conventional vaccines and making an informed choice to boost their child's immune system safely,' she captioned one of the posts.

Many anti-vaccination campaigners are beginning to use the term 'pro choice' - which is most commonly associated with abortion rights - instead of 'anti-vaxxer' in order to make their views seem more socially acceptable. 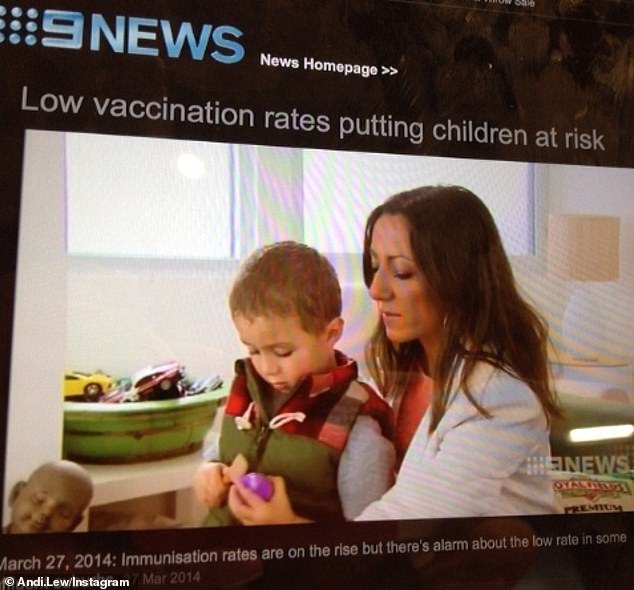 Longtime activist: Andi was featured in a Nine News segment in 2014 about parents in wealthy Melbourne suburbs