They're expecting their first child together after tying the knot in June last year.

And Katherine McPhee looked sensational as she showed off her blossoming baby bump for the first time in a long-sleeved black top and leggings on Friday.

The actress, 36, appeared to be in good spirits as she went baby shopping while out for lunch with her husband David Foster, 70, in Montecito, California. 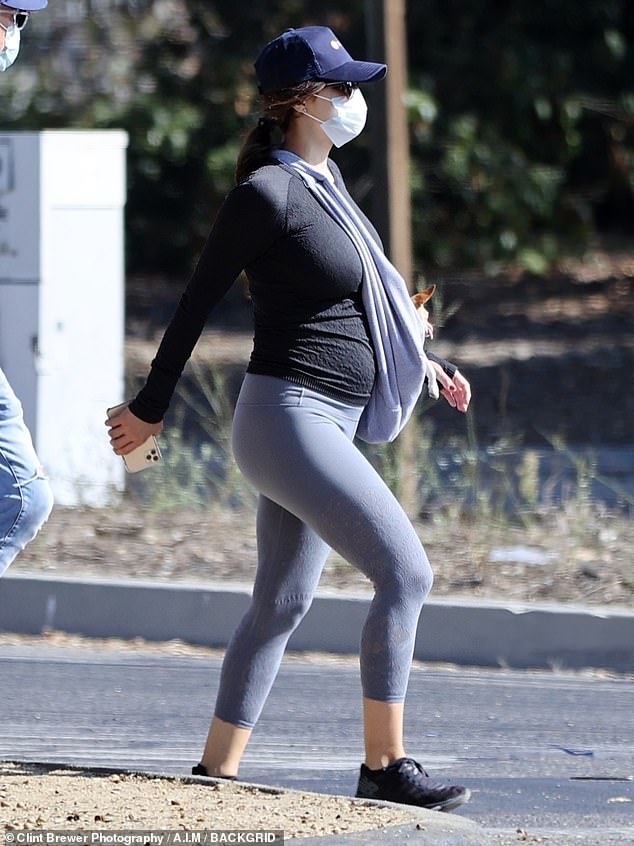 Bumping along! Katherine McPhee looked sensational as she debuted her blossoming baby bump during a lunch and shopping trip to Montecito, California, on Friday

She kept her Accessories to a minimum, but did don some sunglasses and a face mask as well as wearing her cute dog in a light grey sling across her body.

The brunette Beauty tied her long tresses back into a low ponytail and added a navy blue baseball cap to complete her ensemble.

David also cut a relaxed figure in light denim jeans and a t-shirt, with the record producer opting to match his wife with a similar choice of hat. 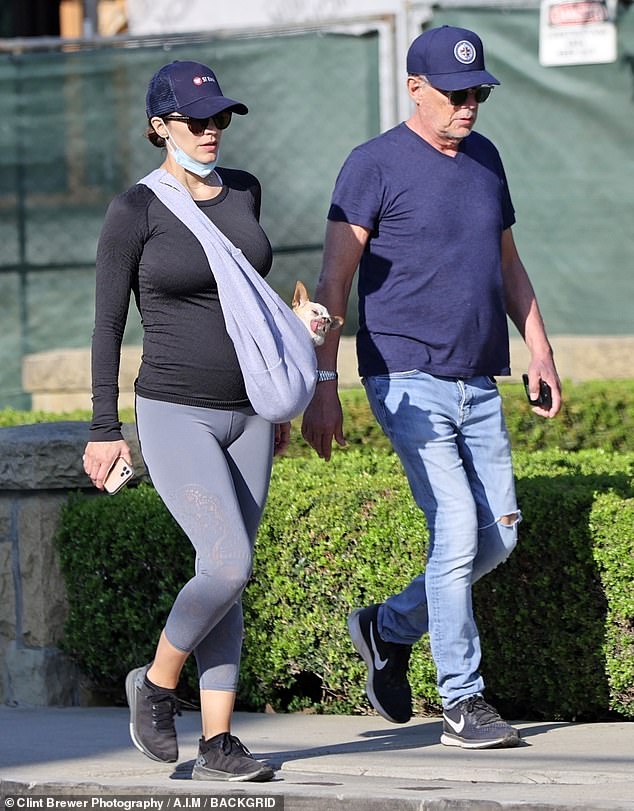 Parents to be: The actress, 36, and her husband David Foster, 70, appeared to be in good spirits on the outing

During the outing David was seen browsing real estate magazines while waiting for their table at dining spot the Honor Bar.

While mom-to-be Katharine passed the time by browsing baby stores, leaving The Nurture Cottage with a large white shopping bag full of purchases.

The couple were married at the Armenian Church of St Yeghiche in South Kensington, London on June 28 last year. 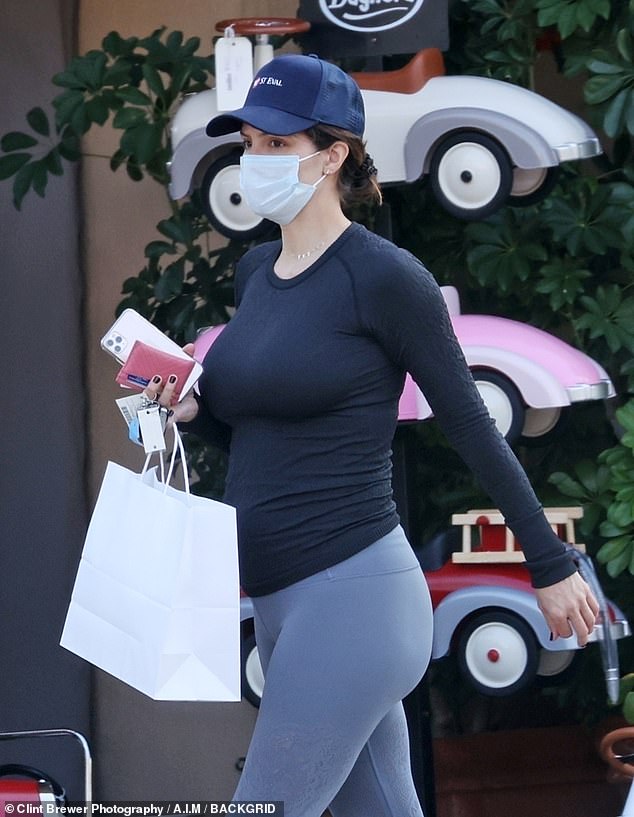 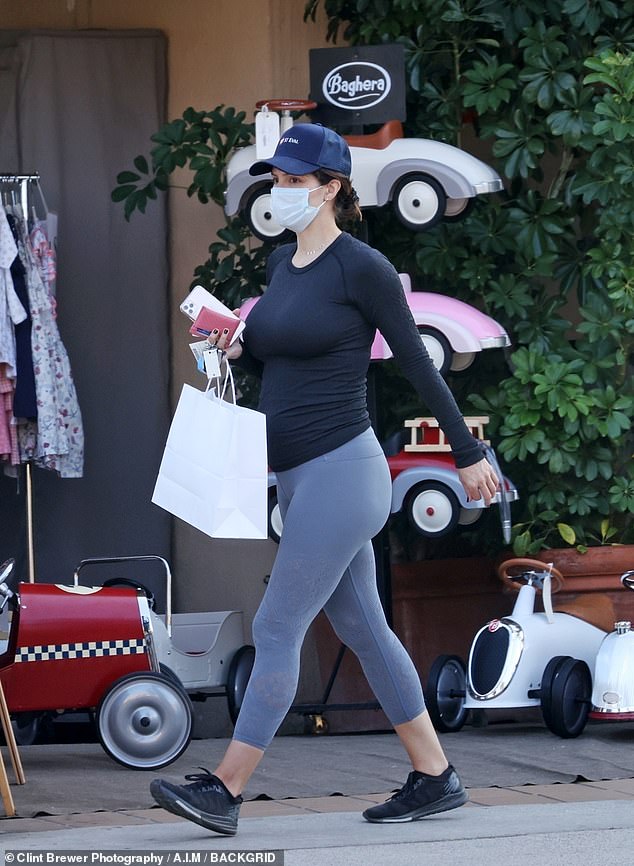 Blossoming: She covered her growing stomach in a comfortable black long-sleeved t-shirt 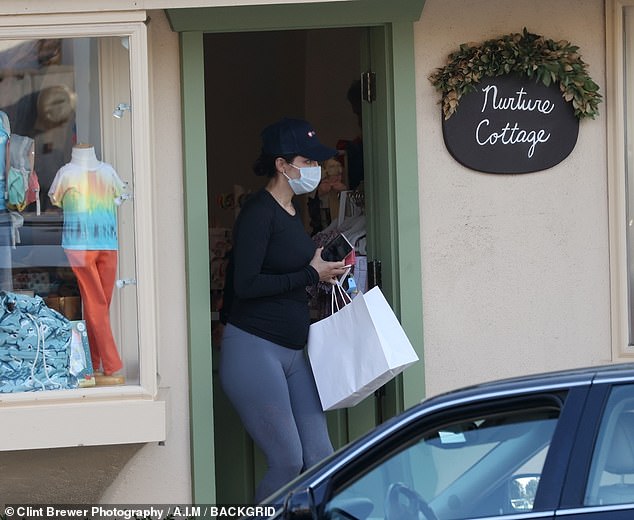 Getting ready: The star was seen coming out of the shop which had childrens clothes in the window 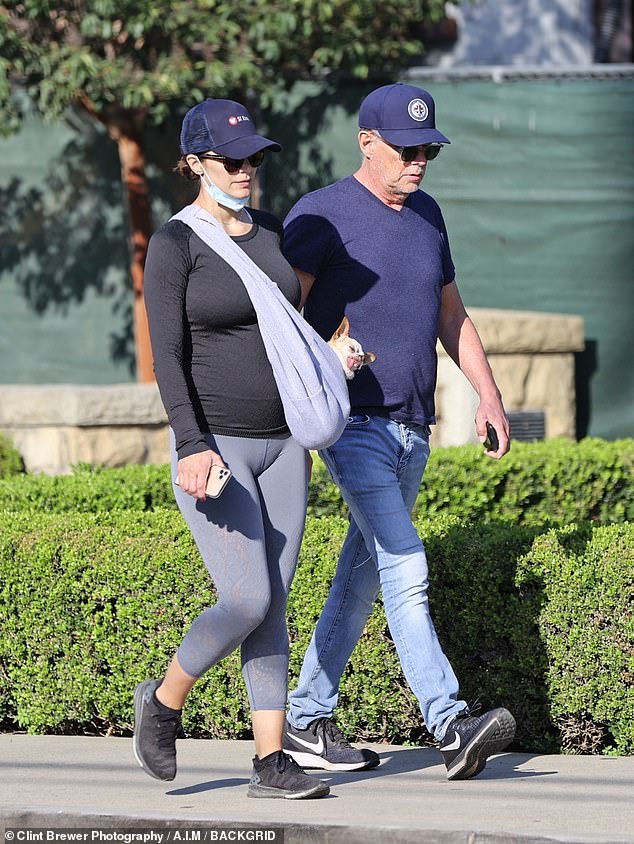 Fur baby: Katherine carried her cute pup in a grey sling for the stroll around in the sunshine 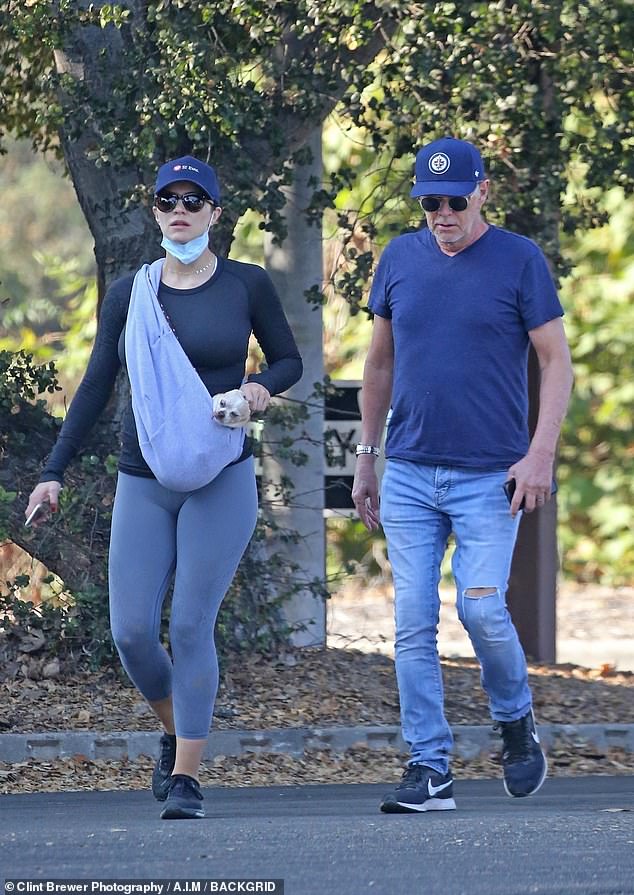 Happy news: The couple's pregnancy was revealed on Thursday

This is the first child for Katharine and the 6th for David Foster, 70.

News that the 36-year-old actress is pregnant with the 70-year-old record producer's child broke was confirmed by People's sources on Thursday.

His first child, Allison Jones Foster, 50, was born when David was just 20 years old and was subsequently placed for adoption, with the Grammy winner reconnecting with her 30 years later. 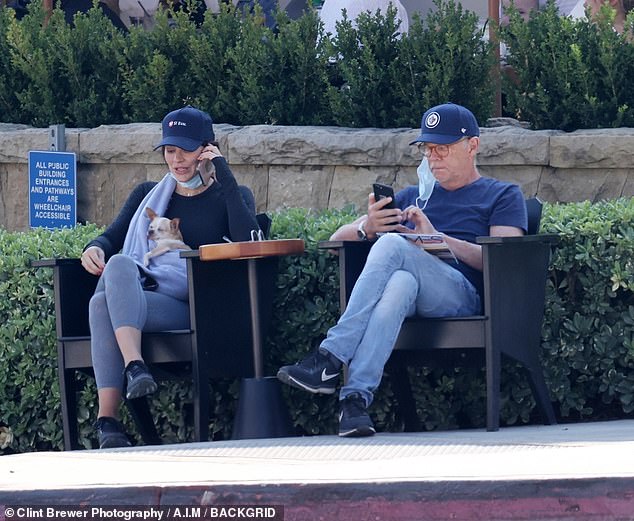 Taking a moment: They appeared to be in good spirits as they sat down and checked their phones 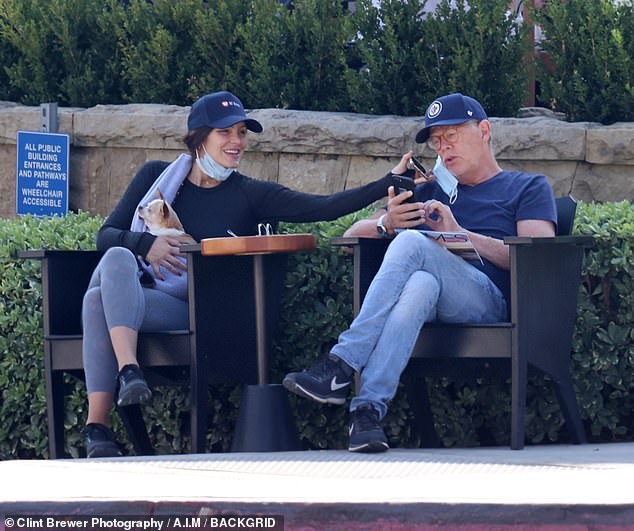 Happy: Katherine beamed a smile as she held her phone to David's ear 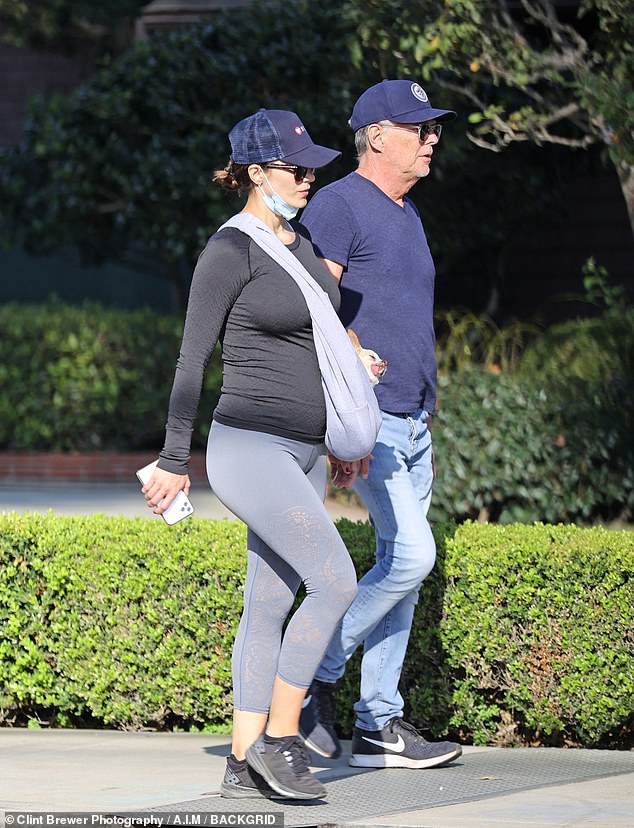