She is used to putting on a sizzling display on social media.

And Rita Ora was again sending jaws dropping on Wednesday as she lit up Instagram by showcasing her envy-inducing abs for all to see.

The Hot Right Now hitmaker, 29, was hitting the gym hard as she snapped a selfie while clutching a huge weight and illustrating how she stays in shape. 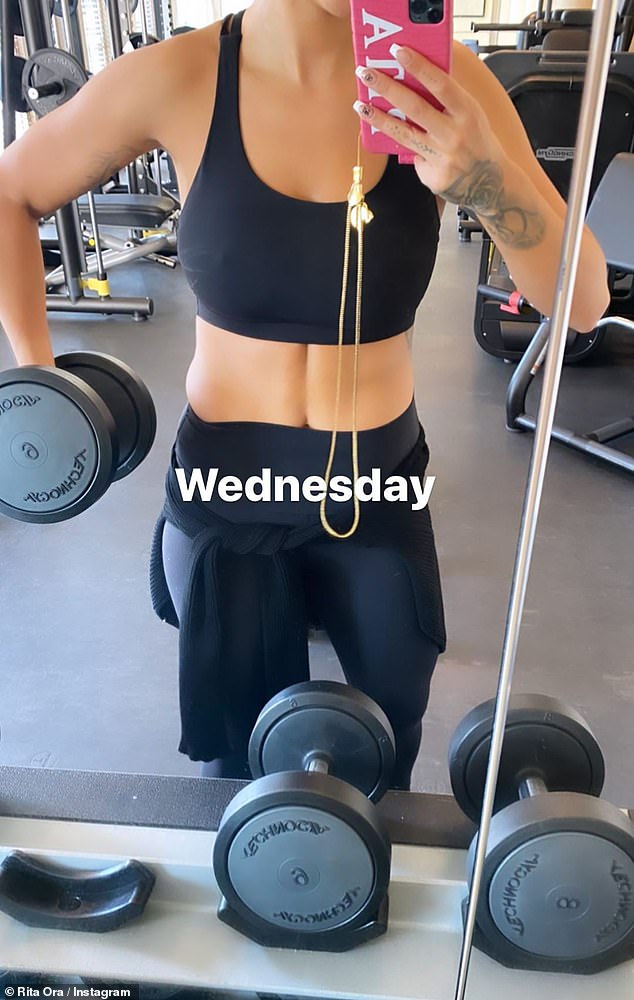 Wow! Rita Ora was again sending jaws dropping on Wednesday as she lit up Instagram by showcasing her envy-inducing abs for all to see

Rita donned a simple black crop top and low-slung bottoms as she cut off her head in the image to make the whole focus her ripped stomach.

As well as pumping iron in the gym, the stunner uses the services of trainer Ciara Madden - known as Ciara London - and is a member of her subscription-based fitness platform Body By Ciara Squad.

Her ripped display comes after the star recently sparked engagement rumours with boyfriend Romain Gavras after she was spotted wearing a diamond ring on her wedding finger.

Rita was spotted wearing her ring when she left Mexican restaurant, Taqueria, in London, last Friday.  A diner at the restaurant told The Sun on Sunday: 'Rita was showing off the ring on Thursday with the women seemingly cooing over it. 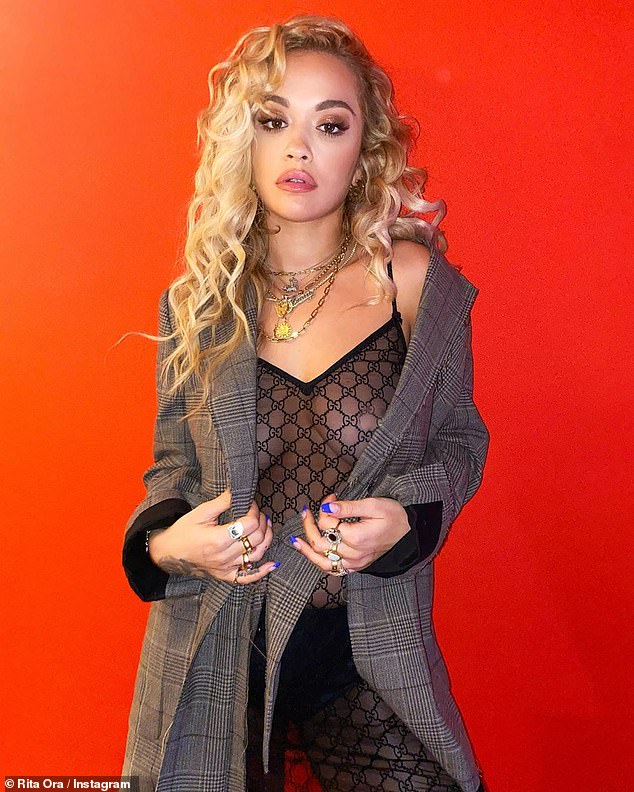 Stunner: Her ripped display comes after the star recently sparked

PREV Caprice, 48, and Davinia Taylor, 42, showcase their incredible abs while ...
NEXT Steve McQueen says he battled 'institutional racism' at school