'He looks delicious!' Viewers go gaga over Adam Todd's 'big chest and rock solid arms' as he holds a fake baby on The Bachelorette

The Bachelorette's Adam Todd set hearts racing while tending to a fake baby during Wednesday night's episode of the series.

While he failed to get noticed by Elly and Becky during the challenge, Twitter erupted with commentary on the hunky geologist.

'This is Adam. Adam has a big chest, rock solid arms, is good with kids and cleans... be like Adam,' one viewer wrote. 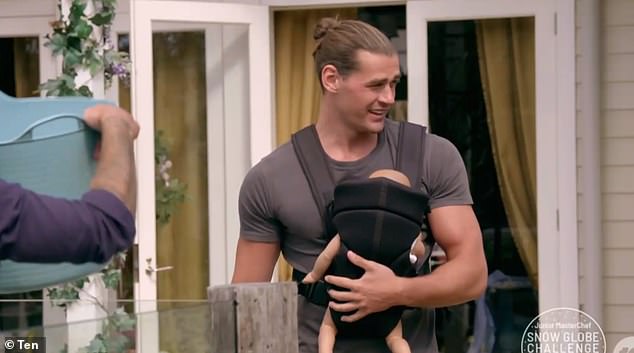 'He looks delicious!' Viewers went gaga over Adam Todd's 'big chest and rock solid arms' as he held a fake baby on Wednesday night's episode of The Bachelorette

Other viewers echoed similar sentiments, also thrilled with what they saw.

'How could Elly not pick Adam, he looked delicious holding that child,' another wrote.

Yet another added: 'Man the thought of Adam with a baby,' before sharing a gif with a man looking loved-up at a desk.

During Wednesday's episode, the remaining gents were tasked with carrying out a number chores while tending to a fake crying baby. 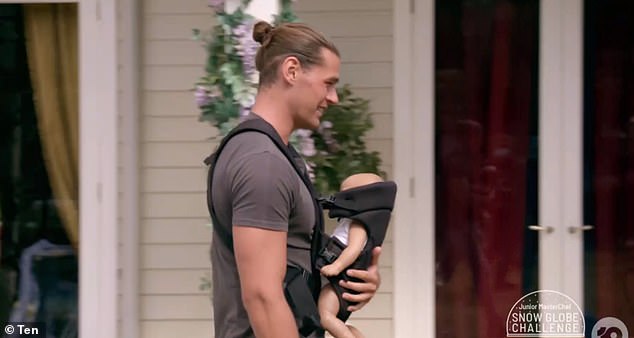 Daddy! 'How could Elly not pick Adam, he looked delicious holding that child,' one viewer wrote

Australia needs to look beyond China for trade: Senator mogaznewsen