Howard Donald quit Twitter on Tuesday as he faced backlash from fans for slamming the government's decision to close schools amid the nation's new lockdown.

The Take That star, 52, revealed he's leaving the social media platform 'for a while' as he received criticism for highlighting the psychological damage of temporarily taking children out of education in order to help control the spread of the virus.

Singer Howard wrote: 'I’m coming off Twitter for a while. Some People don’t like opinions and only believe what they hear therefore I’m losing followers which is fine. Yes covid is real but At least i have an alternative view and ain’t afraid to say.' (sic) 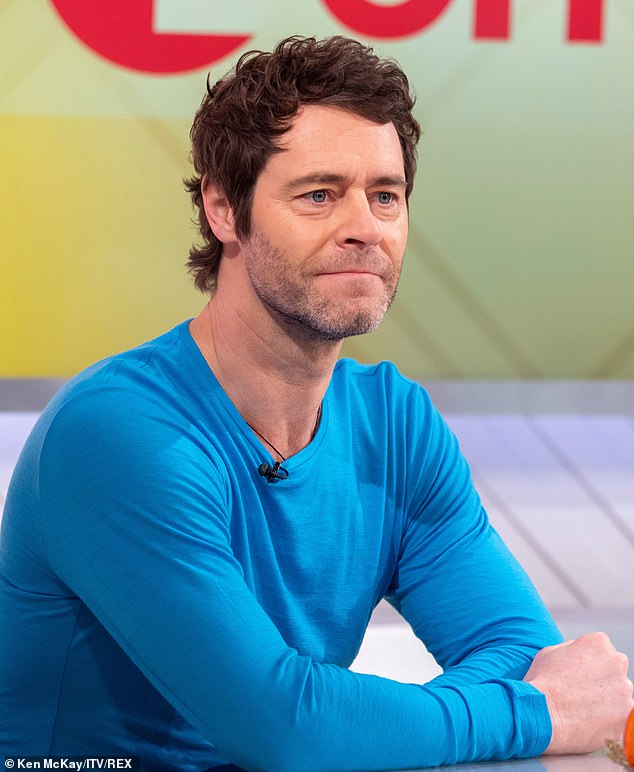 Social media break: Howard Donald quit Twitter on Tuesday as he faced backlash from fans for slamming the government's decision to close schools (pictured in 2019)

The media personality added: 'Whereas other people are afraid to lose followers.' (sic)

His original tweet, which divided social media users, read: 'How psychologically damaging it is to put kids in school for one day and then say there’s a lockdown till mid feb! It’s almost as if it’s planned!

'Poor children and parents who will now have to take the brunt of home schooling. #lostgeneration'. (sic)

A fan pointed out that the songwriter would still be up for holding concerts once the crisis dies down as they responded: 'But you’ll still plan another tour and charge everyone £80 per ticket so you carry on unaffected....? For the first time in 25 years I won’t be there.' (sic) 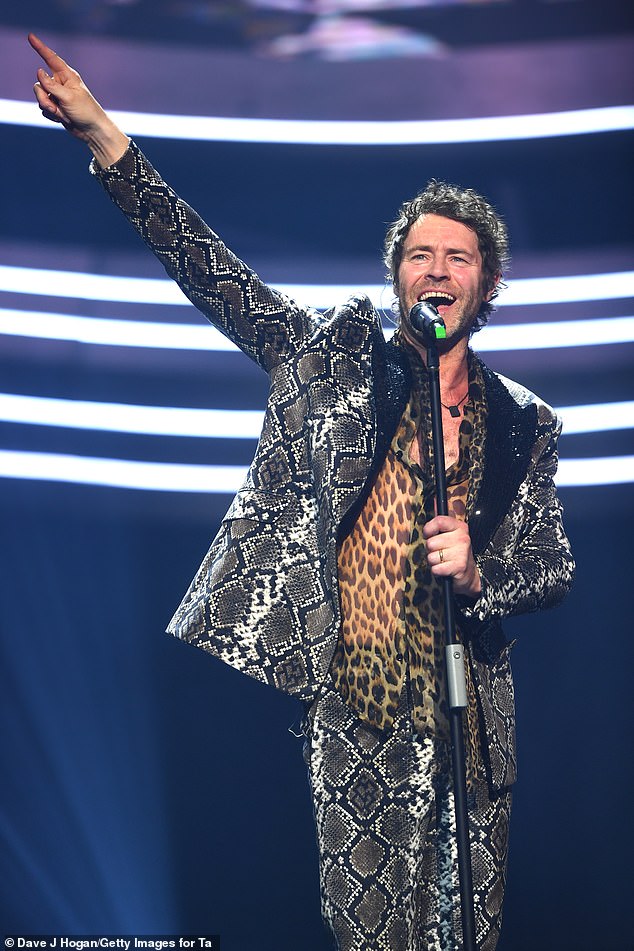 Fierce comments: The Take That star, 52, received criticism for highlighting the psychological damage of taking children out of education in order to help control the spread of the virus 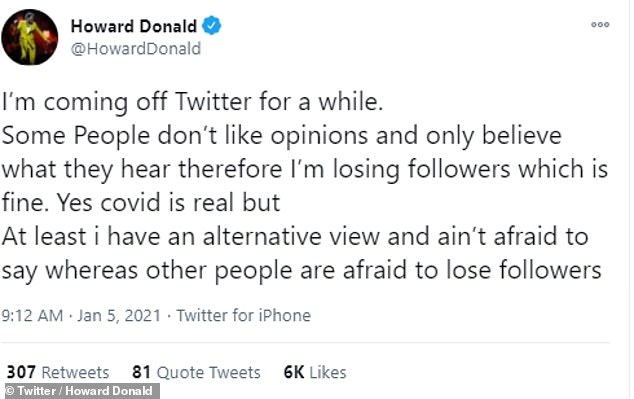 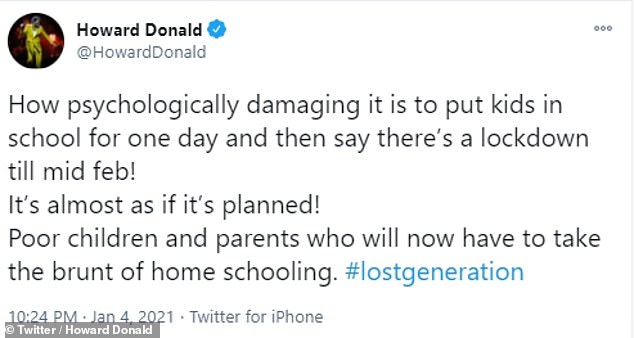 'I have an alternative view and I'm not afraid to say it': The musician shared his thoughts in a string of candid messages

Insisting he won't be returning to the stage if there's social distancing protocol in place, Howard replied: 'Don’t know why u said that but That’s fine sarah...

'but I don’t see TT happening for a long time anyway as I’m not one for doing a stupid social distancing concert. Im sorry but amount of production and work we put in we are worth £80.' (sic)

PREV Never-before-seen photos show a young Rowan Atkinson to mark the 30th ...
NEXT Richard Wilkins vows to cut down on the booze in 2021

‘Grey pallor’ is a visible warning sign of a heart attack - have you ...