She comes from a family of music royalty, specifically her sister, father and godmother.

And Miley Cyrus was up to her rockstar best on Saturday, when she shared a fabulous black and white photo from a parking lot.

In the snap, the 28-year-old We Can't Stop superstar leaned against a column that had a 'slow 5 mph' sign affixed to it. 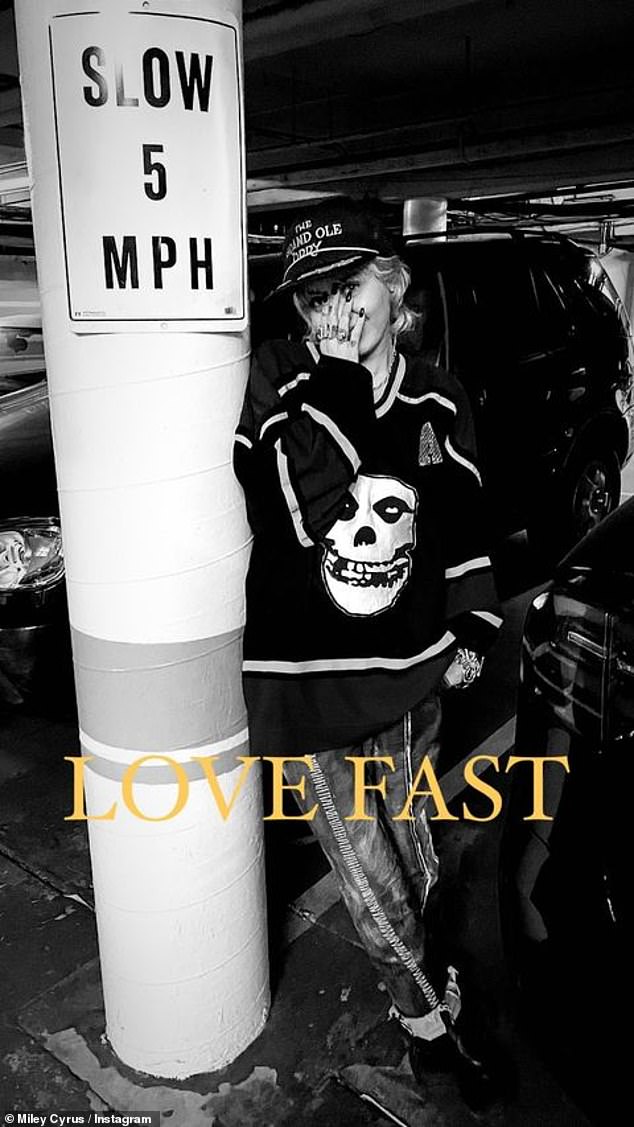 Miley being Miley: Miley Cyrus was up to her rockstar best on Saturday, when she shared a fabulous black and white photo from a parking lot

Miley had her hand up to her face in mid-laughter as she gazed into the camera.

Her dark manicured hand was adorned in heavy rings, while the other hand in her pocket had several bracelets hanging from it.

Miley wore a large dark sports jersey with a skull illustration on it, and a cap which said The Grand Ole Opry. 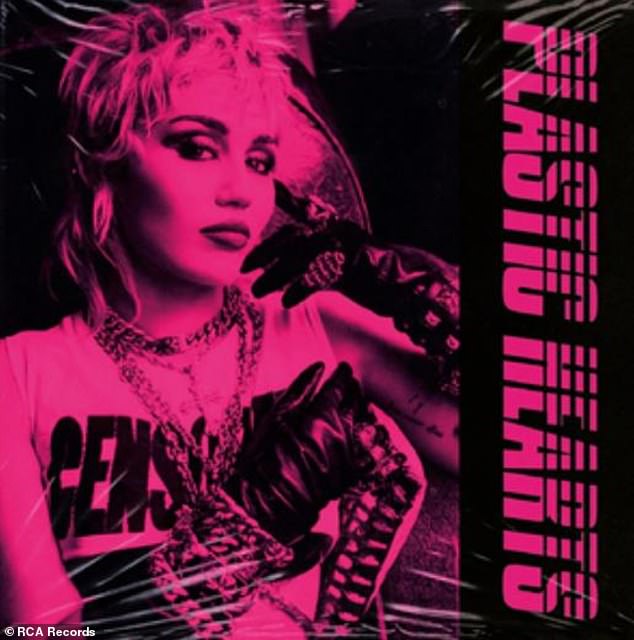 The caption over the image read, 'Love fast' in all caps, an ironic nod to the speed limit sign in the image. 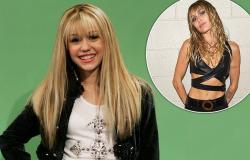 Miley Cyrus reveals transitioning from teen role to music led to an 'identity ... 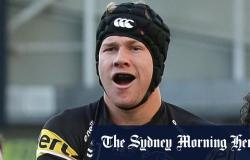