They're the most famous residents of Byron Bay who certainly know how to party hard - despite being parents to three young children.

And Chris Hemsworth and Elsa Pataky did just that over the weekend, as they hosted an epic 'white party' with all of their pals.

Chris, 37, alongside brothers Liam and Luke, donned all-white attire as they danced the night away at the epic shindig - with a guestlist that also included Hollywood legend Matt Damon and Liam's model girlfriend Gabriella Brooks. 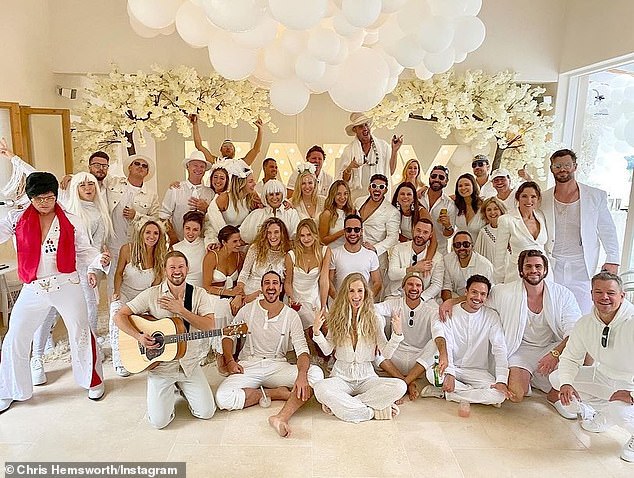 What a night! Chris Hemsworth and Elsa Pataky threw a 'white party' with all of their pals over the weekend, including Hollywood legend Matt Damon (far right)

Elsa, 44, shared a video of her and Chris playfully ancing down the footpath together as they arrived at the exclusive soiree.

'With those dance moves how could I say no! #whiteparty,' she wrote alongside the image.

Elsa looked absolutely stunning in an off-white blazer with flared trousers and heels. 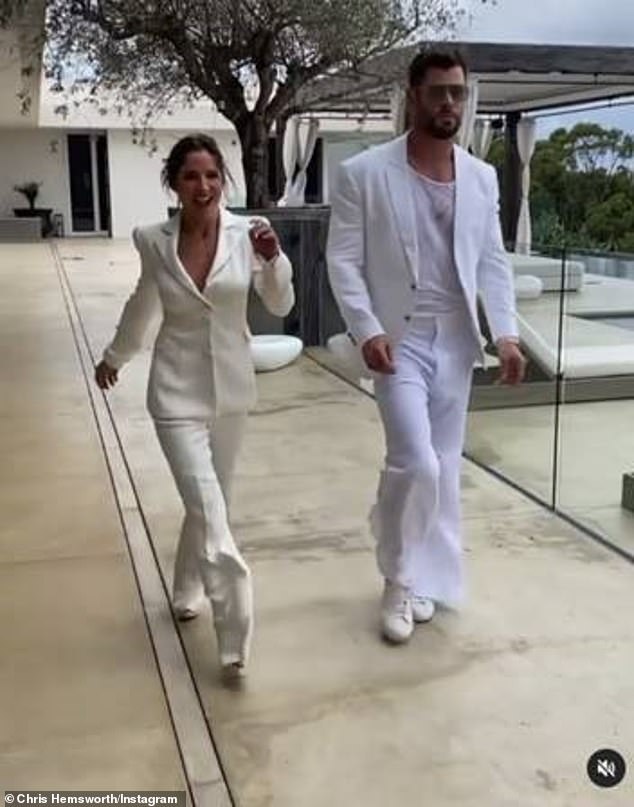 Loved-up: Elsa, 44, shared a video of her and Chris arriving at the event, dancing wildly as they sauntered up to see their bevy of famous pals

She tied her brunette locks into a messy ponytail and added a touch of sparkle to her look by applying glitter to the temples of her fafe.

Chris awore a similar ensemble complete with a crisp white T-shirt and pair of Converse trainers.

Elsewhere, Gabriella Brooks, who has been dating Liam for over a year, looked gorgeous in a cleavage-enhancing white dress with shimmering glitter dotted on her skin. 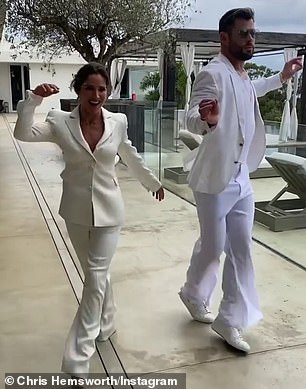 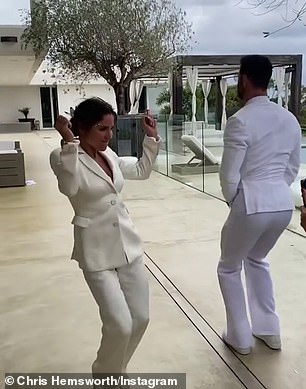 Goals: 'With those dance moves how