Andrew Garfield says he will NOT be making a cameo in Spider-Man: No Way Home.

The actor, 37, put rumors to rest on the

Andrew Garfield is ready to talk about those rumors about his return as Spider-Man. You might be surprised to see what he has to say. Watch the full interview on the brand new #happysadconfused patreon! https://t.co/e84Wokl1SQ pic.twitter.com/Civpe3Am5p

podcast, where he claimed he 'did not get a call' about reprising the iconic role for the forthcoming film. 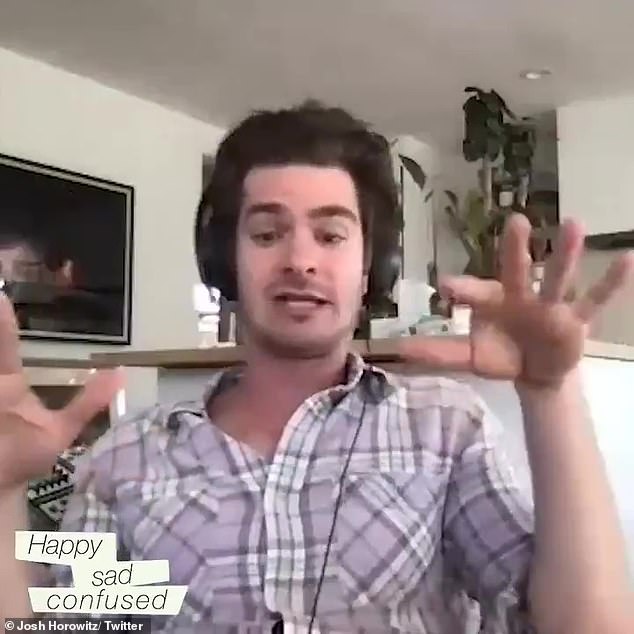 Not happening: Andrew Garfield says he will NOT be making a cameo in Spider-Man: No Way Home

The rumor dispelling conversation commenced when Happy Sad Confused podcast Josh Horowitz brought up the upcoming Marvel film with hesitance, stating he didn't want to 'ruin anything' if Garfield happened to be tied to the project.

'There isn't anything to ruin, bro!' Garfield stressed with a laugh. 'I had to just quickly cut you off because there's nothing to ruin.'

Andrew admitted that he has seen the rampant Spider-Man buzz on social media, which he deemed 'hilarious' due to its unfoundedness.

'It's f***ing hilarious to me because I do have this Twitter account and I see how often Spider-Man is trending and it's people freaking out about a thing… I wish I could be able to speak to everyone and say, 'I recommend that you chill!'' he explained. 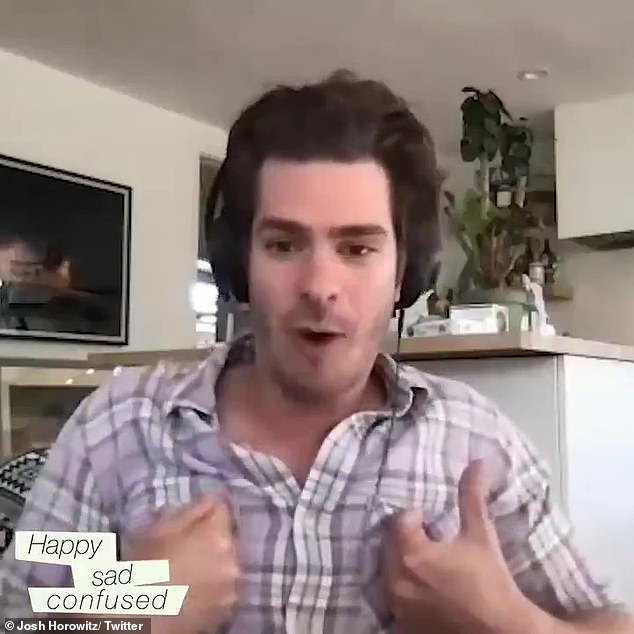 Rumors to rest: The actor, 37, put rumors to rest on the Happy Sad Confused podcast, where he claimed he 'did not get a call' about reprising the iconic role for the forthcoming film 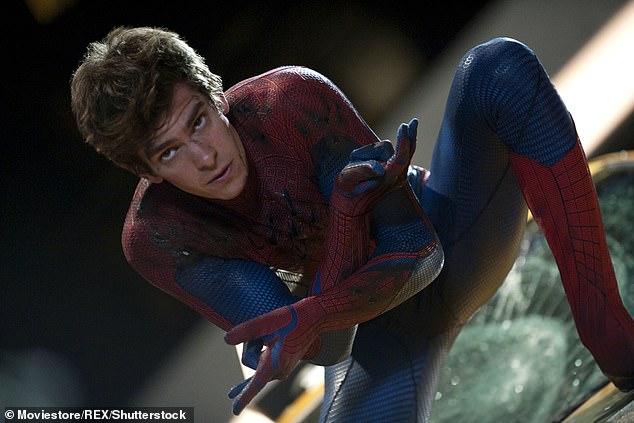 Garfield went on to compare his experience desperately trying to quash rumors of his involvement in Spider-Man: No Way Home to that of a game of Werewolf and Mafia.

Wanting to make things abundantly clear for Marvel fans still holding onto hope, Horowitz asked Garfield straight up if he would be returning for the upcoming film.

'I did not get a call,' the Tony winner replied. 'I would've gotten a call by now, that's