She is a supermodel who is known for her edgy and often daring couture style.

But Chanel Iman flashed a little too much as she stepped out at Revolve Festival in La Quinta, California with fellow model Romee Strijd on Saturday.

The 27-year-old positively sizzled in a plunging scarlet summer dress but suffered an unfortunate nip-slip as the skimpy dress slipped down while she was posing. 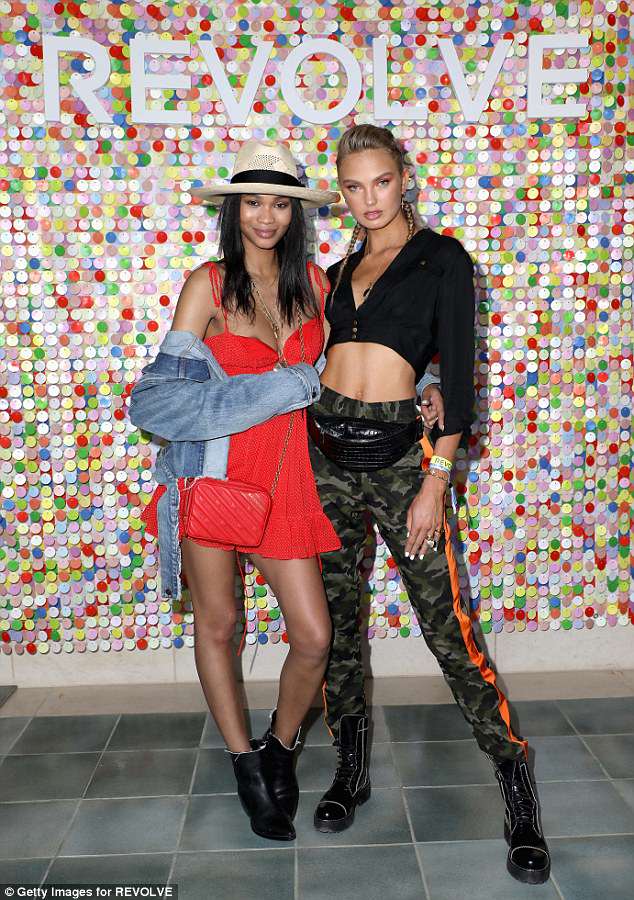 Flesh-flashing: Chanel Iman (L)  flashed a little too much as she stepped out at Revolve Festival in La Quinta, California with fellow model Romee Strijd on Saturday

None the wiser about her wardrobe malfunction, the Vogue coverstar oozed confidence as she joined Victoria's Secret angel Romee, 22, flashing her toned legs in black ankle boots.

She slipped on a denim jacket around her shoulders and added a trendy twist with a cream Panama hat and a selection of gold chains.

Her raven locks were styled sleek and straight while her pretty features were enhanced with metallic eyeshadow and fluttery lashes. 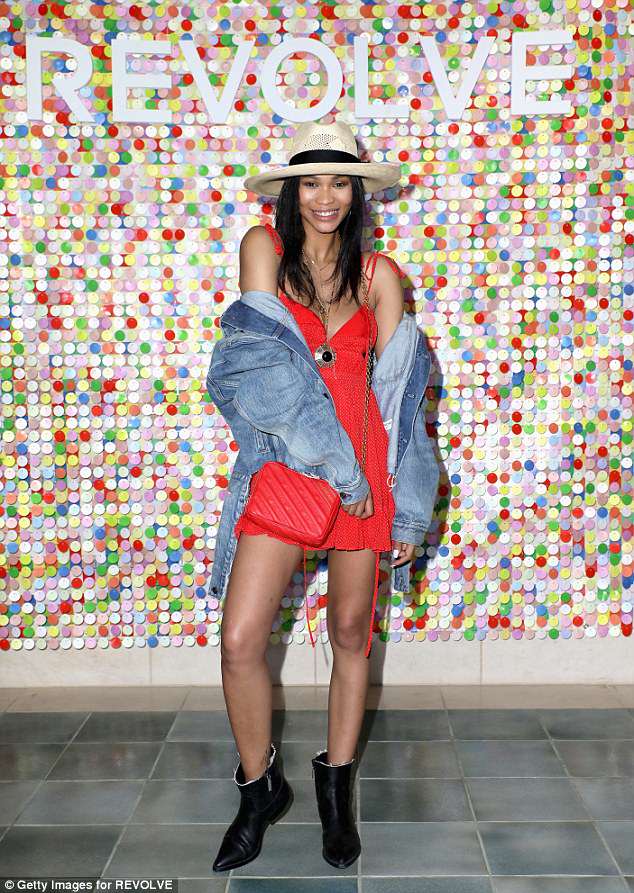 PREV What happened to the 'Yoplait Petit Miam' girl? '90s child star resurfaces
NEXT Emily Ratajkowski highlights her trim figure and toned legs in a mini skirt in ...