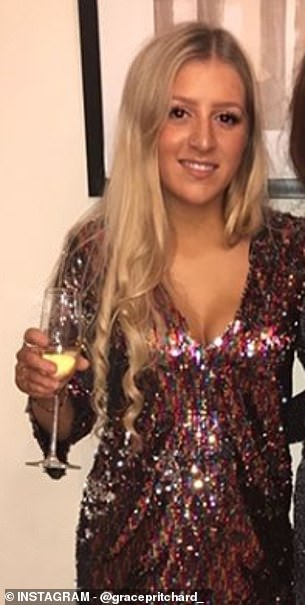 Grace Pritchard was 19 when she was diagnosed with Hodgkin's lymphoma

A 19-year-old gym-goer was shocked to find out her sudden weight loss over the summer was in fact cancer.

Grace Pritchard, now 20, dropped more than 7lbs (3.2kg) in the lead up to her Marbella holiday in September 2018, but assumed it was because she had started exercising twice a week.

She also noticed a 20p-size lump in her neck while at a music festival but brushed it off as being nothing serious.

Things escalated when Miss Pritchard, of Worcestershire, was struck by sharp chest pains in Marbella that left her breathless.

When she returned home Miss Pritchard saw her GP, and days later was dealt the devastating news that she had Hodgkin's lymphoma.

Miss Pritchard lost her long locks after six months of chemotherapy but came out the gruelling treatment in remission – and has returned to college to begin training in midwifery.

She is now raising awareness of the blood cancer, which is most likely to strike people between 20 and 40 years old. 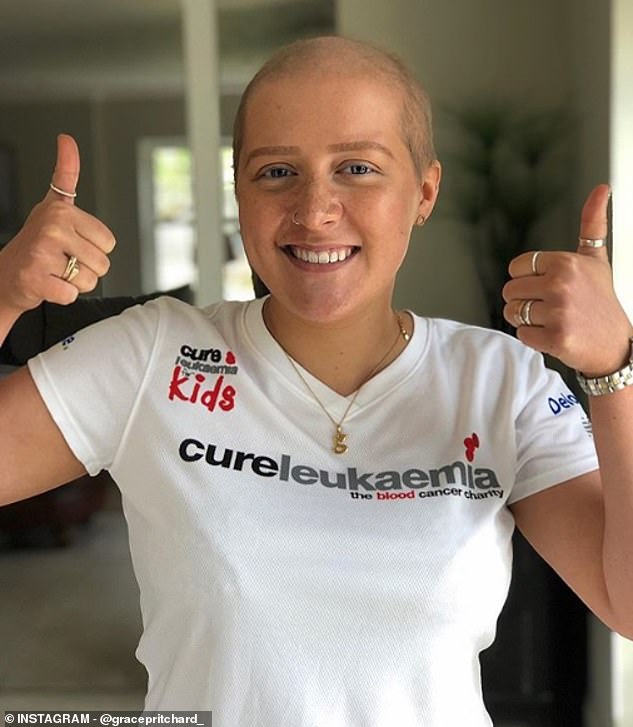 Miss Pritchard lost her long locks to of six months of chemotherapy. She is now in remission 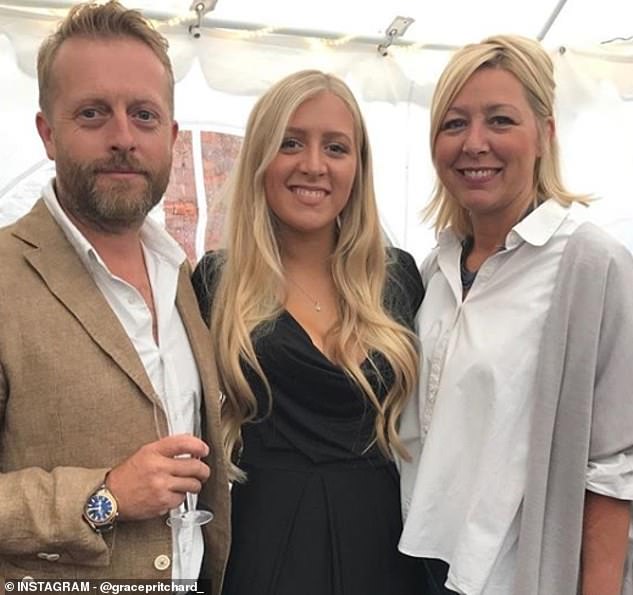 Miss Pritchard, pictured with her parents, Jo, 49, and Steve, 51, said: 'It's the worst thing me or my family have ever been through'

Miss Pritchard said of her diagnosis: 'My family walked into the room and you could just tell from the doctor's face straight away.

'She said she didn't think it was good news and I just zoned out. My parents [Jo, 49 and Steve, 51] were talking to her and I could tell from their reaction, it wasn't good.

'I had no idea what lymphoma was. I don't think I'd ever heard of it. I knew it was something bad by the way she said it.'

Miss Pritchard added: 'She gave me a handout that said "lymphoma cancer", and that was when I realised.'

The teenager thought she was healthy and normal in the summer of 2018, in the lead up to starting an access course for midwifery at college.

She said: 'I lost a lot of weight in the summer, which I know now was a symptom of the disease.

'I just thought it was a diet and exercise working as I lost weight very quickly. Even if I ate unhealthy food I wasn't putting any weight on which was strange.' 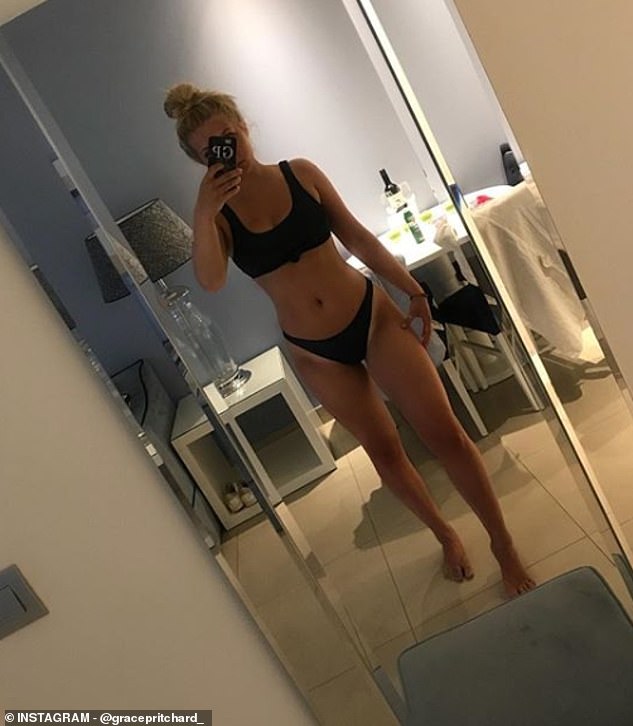 Miss Pritchard lost around of Worcestershire, West Midlands, lost seven pounds (3.2kg) in the summer of 2018, but assumed it was because she was going to the gym. Pictured in July 2018 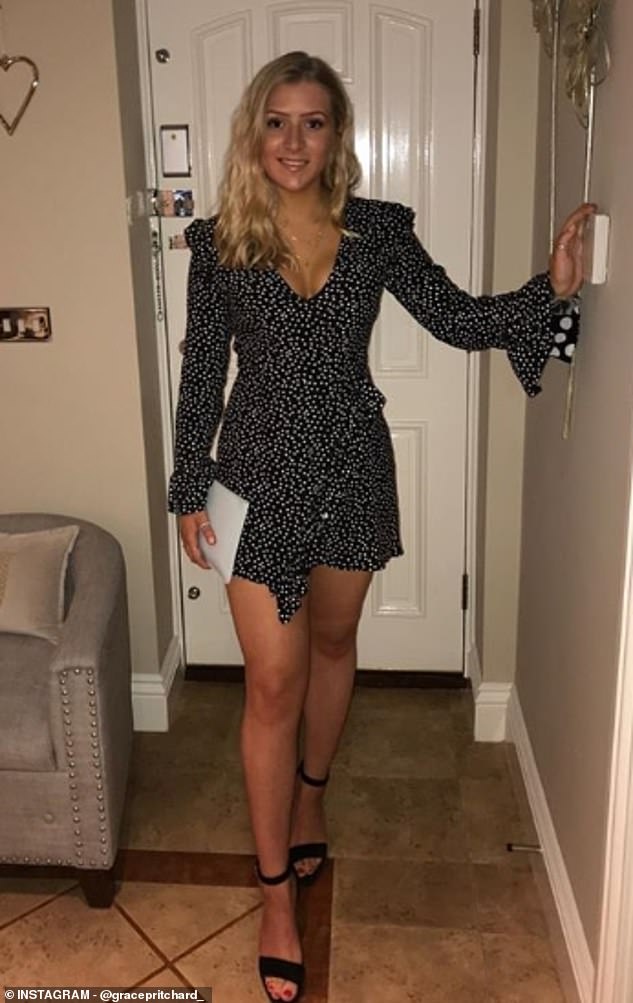 In August 2018, Miss Pritchard was at the music festival Bestival when she noticed a small lump on her neck about the size of a 20p. She forgot about it until it got bigger 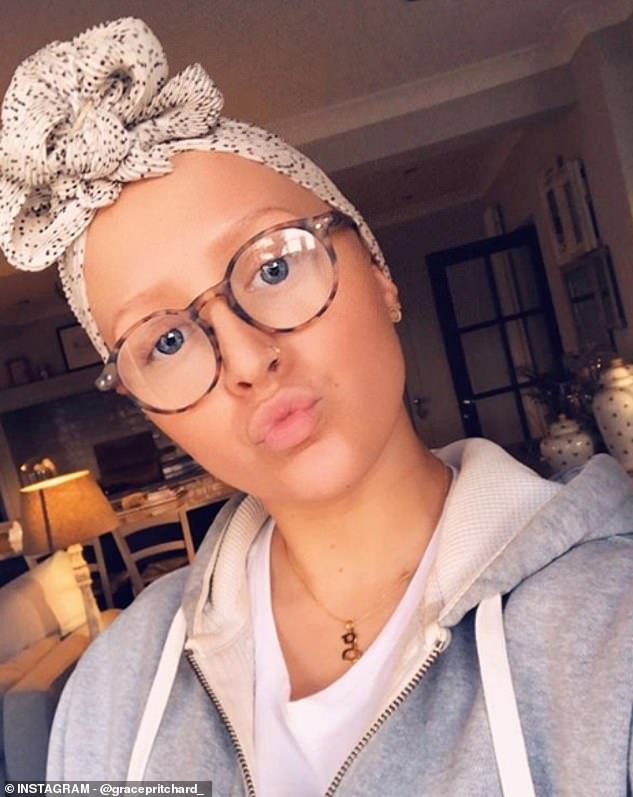 Miss Pritchard, pictured during treatment, said: 'The doctors reassured me everything would be fine and I would be cured. 'They said if you're going to get cancer its one of the best to get'

WHAT IS HODGKIN'S LYMPHOMA?

Hodgkin's lymphoma is a type of cancer that starts in the white blood cells.

It affects around 1,950 people each year in the UK.

A common early symptom is having a painless swelling in the armpits, neck and groin.

It has been linked to people with lowered immunity, a family history of the condition, smokers and those who are overweight.

Treatment may include chemotherapy, radiotherapy, steroids and stem cell or bone marrow transplants.

In August 2018, Miss Pritchard was at the music festival Bestival, in Dorset, when she found a lump in her neck - an early symptom of Hodgkin's lymphoma,

Jennifer Garner rocks a sporty outfit while she multitasks during her regular ...