A woman developed severe dizziness after standing 30 feet (9.1m) away from a cannon which was fired at a Civil War re-enactment.

The 37-year-old, who has not been identified, said her head spun so much she felt like she was 'on a carnival ride'.

She had developed a condition called benign paroxysmal positional vertigo after the gun blast knocked loose sensitive crystals inside her ear.

Doctors in Ohio treated the woman using a simple manouevre which patients can do at home just by moving their head and lying down. 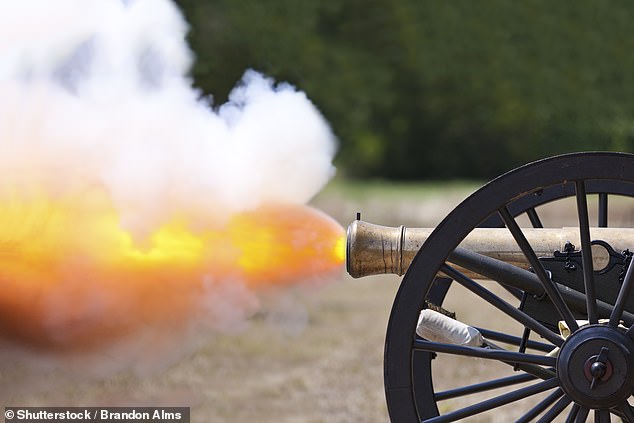 The woman, who has not been named, was standing around 30 feet (9m) away from a Civil War-era cannon when it fired at a re-enactment (stock image)

Before developing the dizzy spell, the woman, who was married and in full-time work, had been in good health.

But she developed vertigo after visiting a Civil War re-enactment when the cannon she was standing near fired a blank.

The explosion made her immediately dizzy, she said, but she assumed her sudden headache was a migraine.

When her head kept spinning over the next four days, however, she feared something more serious was wrong and visited doctors at a medical centre in Bellefontaine. 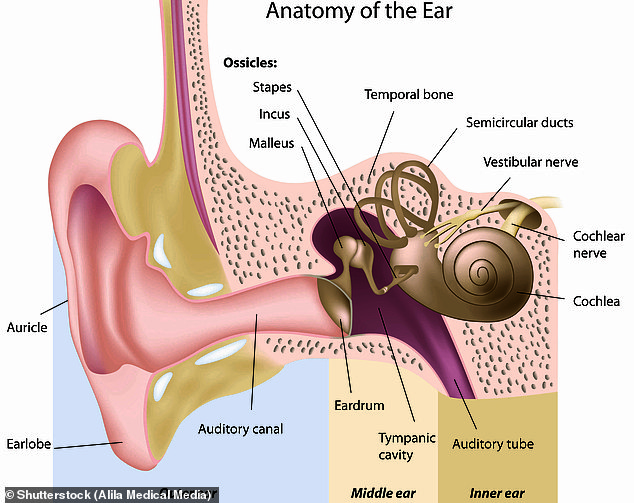 WHAT IS POSITIONAL VERTIGO AND HOW CAN YOU TREAT IT AT HOME?

Benign paroxysmal positional vertigo is caused by problems with tiny organs in the inner ear losing the ability to accurately work out which way up the head is.

If sensitive crystals inside the otolith organs become dislodged and move into a different place in the ear, the brain tries to correct the position of the eyes at times when it usually wouldn't, such as when people lie down or lean to the side.

To treat vertigo at home, people can try the Epley manoeuvre – a simple series of movements designed to get the ear crystals back into a place where they don't cause dizziness.

For a problem with the left ear, people should: