The US Food and Drug Administration (FDA) has put inspections in China on hold and warned Americans there could soon be shortages of 'critical' medical products due the coronavirus outbreak.

Inspectors were pulled from the country after the US State Department issued an advisory warning travelers not to China on January 30.

While the news means the agency is falling behind on performing quality checks of drugs and Chinese factories where medical devices are made, Commissioner Dr Stephen Hahn said the FDA has other tools to monitor Chinese products.

'The robust and multi-layered compliance process at the FDA is helping to protect American patients and consumers even though we are not able to conduct inspections in China at this time,' he said in a statement.

It comes as officials reached out to nearly 200 drug manufacturers and warned them they are required to tell the FDA if they foresee a disruption in getting their products on the US market. 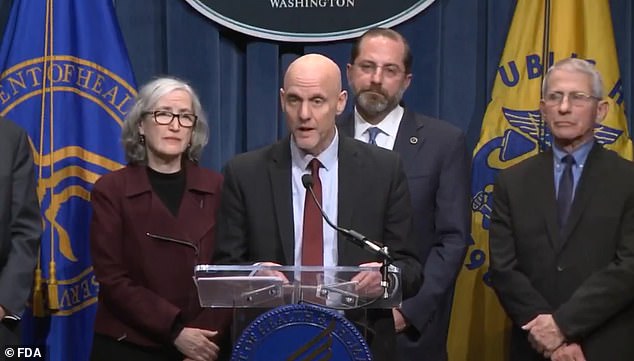 The FDA has halted inspections of drugs and factories in China since the US State Department advisory that warned travelers not to go to China. Pictured: FDA Commissioner Dr Stephen Hahn at a press conference 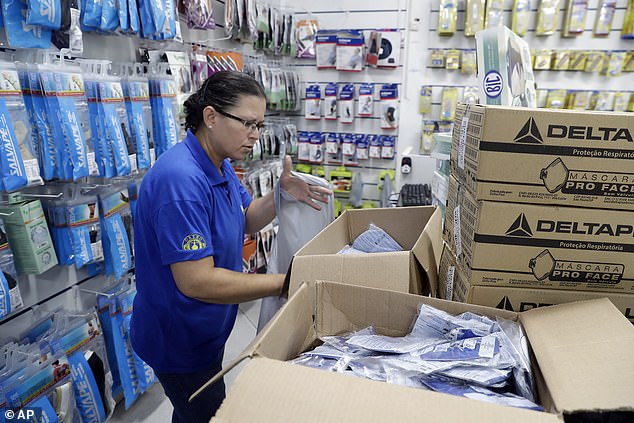 No on-site safety and quality checks have been conducted since December and they are suspended at least March. Pictured: A worker at a medical supply store organizes masks

According to FDA data, no inspections have been conducted of Chinese factories since December 20, 2019.

In addition to random surveillance checks, factories also undergo inspection after they ask for approval to send drugs or drug ingredients to the US.

USA TODAY reports that officials will not be conducting on-site safety and quality checks until at least March.

Hahn states that 90 percent of the inspections scheduled for February were routine surveillance and not officials investigating possible safety problems.

He added that these inspections have either been postponed or the FDA used 'other information to inform decisions allowing the products to enter our US market.'

Hahn did not explain why no inspections had been conducted in January.

Until inspections resume, the