Aged 68, I am, like millions of people in their 60s, still working. And, also like millions in this age group, I have an underlying health condition — an auto-immune disease.

So, as the nation gears up to return to work, how worried should people like me be?

And if we are worried, what are our options? Already, some older people with medical conditions who have told their employers they are too frightened to go back to work have been threatened with disciplinary action or the sack.

The first point is that many older people have to work. The official state pension age has been rising for several years and, from October, it will be 66.

Indeed, prior to Covid-19, 2.8 million people in their 60s were working, a number that would surprise many. 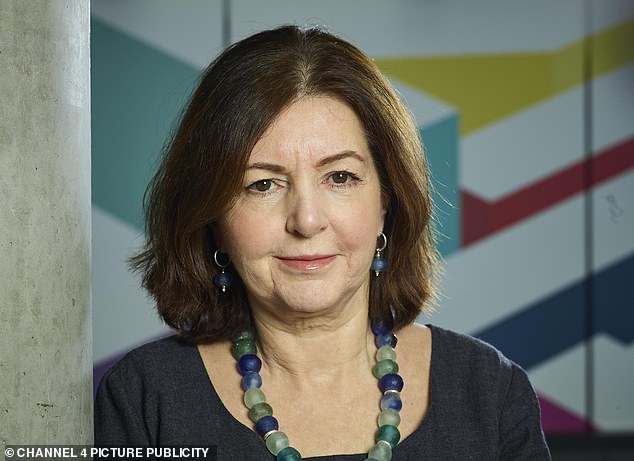 Aged 68, I am, like millions of people in their 60s, still working. And, also like millions in this age group, I have an underlying health condition — an auto-immune disease, writes Dorothy Byrne, pictured above

I am lucky enough, in my role as editor-at-large at Channel 4, to be able to work from home. I have not missed the hideous commute on the Northern Line in London and dressing up for the office.

The Government position was that if you could work from home, then you should. But now it wants us to get back into our shops, offices, factories and other places of work ‘carefully’.

In many ways we older workers will be looking forward to seeing colleagues and work friends just as much as younger people are. I also feel concern for the small businesses near my office in Westminster.

I went to collect a dress I’d left at the dry cleaners next to the Channel 4 building before the pandemic and was greeted like a celebrity. When I dropped into a nearby coffee bar, I was sad to see it completely empty.

People of my age are undoubtedly at higher risk than younger groups. In the UK, the emphasis has always been on the risk to those aged 70 or over who were advised to minimise contact with people outside their homes ‘regardless of medical conditions’.

However, the World Health Organisation (WHO) says anyone aged 60 or over is at higher risk if they contract Covid-19, and still advises they should be visited only by healthy people and ‘avoid crowded spaces’.

Public Health England has pointed out this advice is applied to both developed and developing countries where life expectancy and health in older ages are very different. But the WHO says the advice is relevant everywhere.

In the U.S., the Centers for Disease Control and Prevention said anyone 65 and older was at ‘high risk of severe illness’ should they contract Covid-19, and France and Switzerland warned anyone aged 65 and over they were at risk. 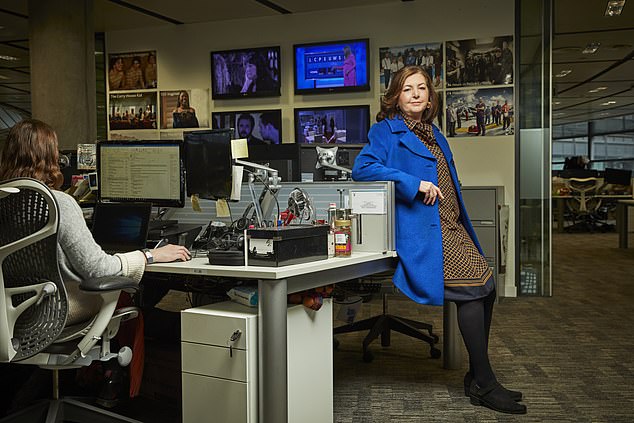 People of my age are undoubtedly at higher risk than younger groups. In the UK, the emphasis has always been on the risk to those aged 70 or over who were advised to minimise contact with people outside their homes ‘regardless of medical conditions’

So what might be the consequences if I did contract Covid-19 through returning to work? Early in the pandemic, I noted that in China, 3.6 per cent of people aged 60 to 69 who contracted Covid-19 died and in Italy, 3.5 per cent.

But how significant is it to be at ‘higher risk’? Data from July 20-26 show that one person in 1,500 had Covid-19, which is just a quarter of the rate two months earlier, so the risk for everyone is generally receding.

We also have to face the fact that older people die more anyway. Professor Sarah Harper, a gerontologist at the Oxford Institute of Population Ageing, says it seems Covid-19 increases the risk of premature death only marginally among people in their 60s.

The risk of dying appears to be following the overall mortality risk by age, she explains.

One of the UK’s leading statisticians, Professor David Spiegelhalter, of the Winton Centre for Risk and Evidence Communication in Cambridge, concurred: ‘The risk is still roughly equivalent to the risk of dying this year from something else, which on average for 65 to 69-year-olds is around 1.5 per cent for men and 1 per cent for women.’