Just how dire the coronavirus death toll is in the U.S. has been the subject of much debate - and Johns Hopkins University's student newspaper found itself at the heart of the controversy last week.

The university's News-Letter published an article that claimed there is 'no evidence that COVID-19 created any excess deaths on November 22, then retracted and deleted if four days later.

Editorial board members tweeted that the article was taken down because it was being used out of context to spread misinformation about the severity of the pandemic.

The retraction came under fire with accusations of 'censorship,' because the controversial article had been taken down altogether.

Johns Hopkins has since published a larger editor's note, apologizing, explaining not only why the article was problematic, but giving insight into why it was inaccurate.

But the dust-up underscores an ongoing frustration and problem in addressing the pandemic in the U.S.: Nine months in, even scientists struggle to determine what is or isn't a COVID-19 death, and estimate the real toll of the virus. 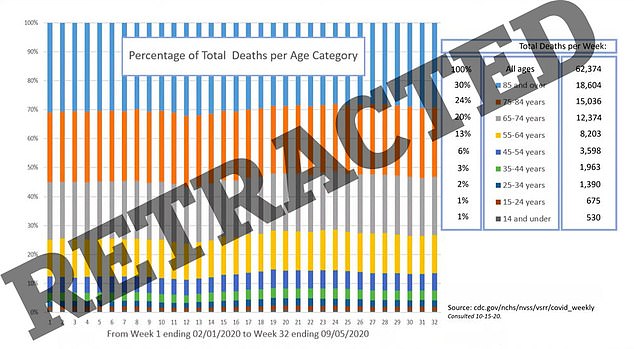 The article claimed that there have not been excess deaths due to COVID-19 in the US - but was retracted after it was allegedly used to spread misinformation. The editors later explained that, out of context, the use of percentages of deaths this year created an inaccurate picture of the pandemi 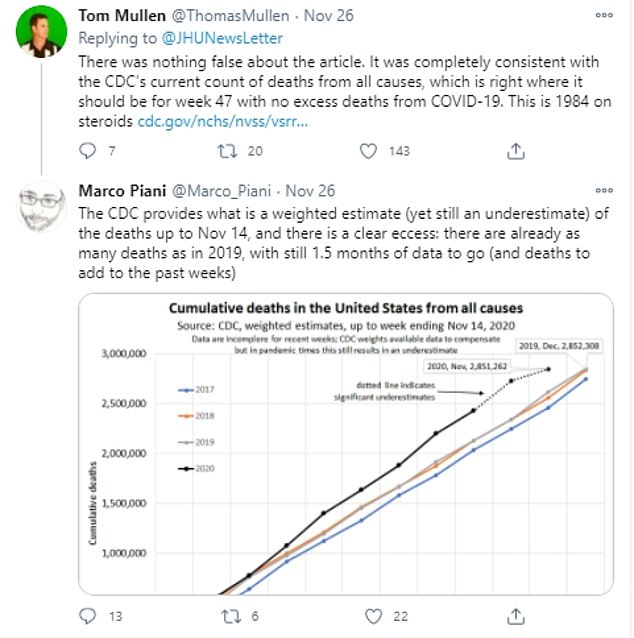 And even the same data can be interpreted in vastly different ways, leaving Americans confused and divided over coronavirus.

At the time of the retraction, the Johns Hopkins News-Letter simply took the article, entitled 'a closer look at U.S. Deaths due to COVID-19', down, announcing that it had been deleted, but offering little explanation, via Twitter.

Some social media users and media outlets like Just the News and Retraction Watch accused the News-Letter of censorship after the retraction.

The article focused on the work of Genevieve Briand, a Hopkins researcher and professor, who graphed out total deaths from all causes in the U.S. in 2020 by age group, and compared them to previous years.

From her analysis, Briand, assistant program director of Hopkins's Applied Economics master's program, claimed that U.S. deaths in 2020 were on par with deaths in other years.

But - as the News-Letter pointed out in its later editor's note - Briand focused on the proportion of deaths in each age group in 2020, compared to previous years. 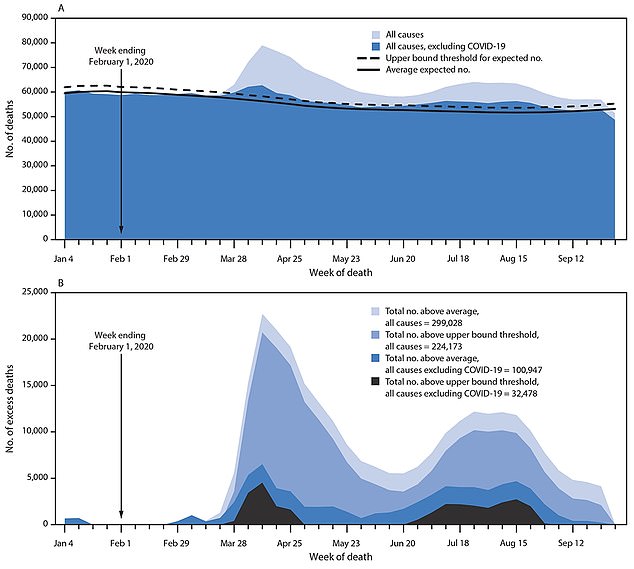 According to the CDC, there were more than 300,000 excess deaths this year between January and September, with a peak of a third more fatalities a week than expected in April

It's become clear that elderly people are among the most-at risk of dying from COVID-19, while the virus proves fatal for young people relatively rarely.

So, the article argued, it would be expected that older people would make up a higher percentage of all deaths in the US this year, compared to previous ones.

According to the Centers for Disease Control and Prevention (CDC) data she compiled, Americans aged 85 and older accounted for 30 percent of deaths each week

What else has Julia Garner been in?