(fashion) Bianca Andreescu is preparing for her first Grand Slam final... but Canadian teenager was not even born when US Open final opponent Serena Williams won her first Slam! Bianca Andreescu faces Serena Williams in Saturday's US Open women's final  The Canadian teenager wasn't alive when Serena won her first Slam in New York It has been 20 years since the veteran American beat Martina Hingis for her first Andreescu stands between Serena equalling Margaret Court's Majors record

Twelve months ago a fast-rising young opponent - not to mention a vigilant umpire - turned the US Open final into something of a nightmare for Serena Williams.

A year on, it is not Naomi Osaka who stands between the American and a historic 24th Grand Slam, but a Canadian teenager who was not even born when Williams won her first Slam in 1999, and whose own meteoric rise makes Japan's Osaka look almost a slouch.

By the time Williams suffered her meltdown in the Arthur Ashe Stadium last year, Bianca Andreescu was long gone from the US Open, not even a footnote at an event where she lost in the qualifying tournament. 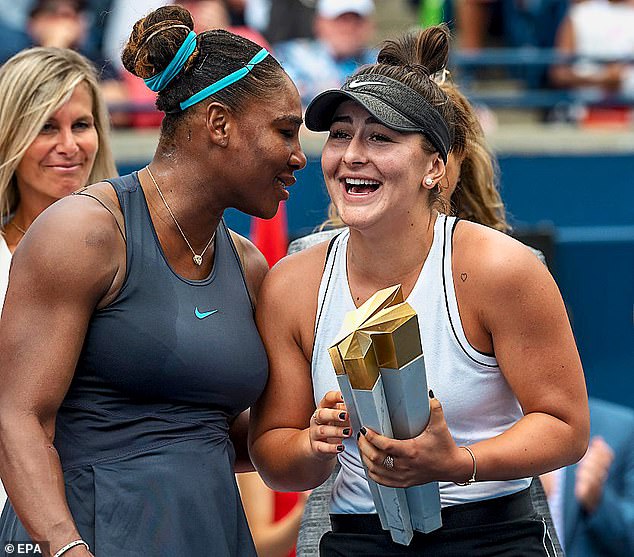 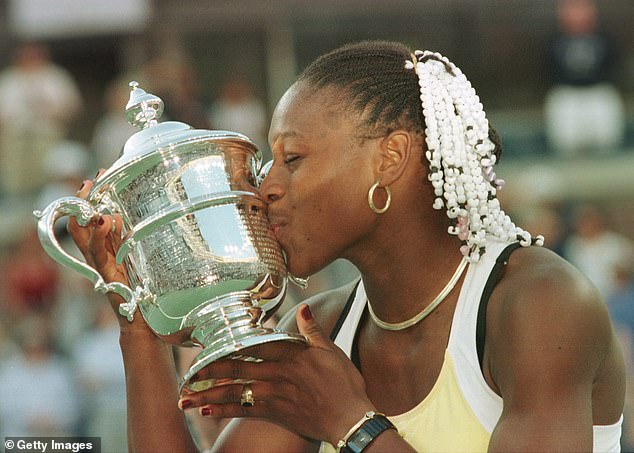 Now she will face the great American on the biggest stage of all, having defeated Switzerland's Belinda Bencic 7-6, 7-5 to secure her place in the final. 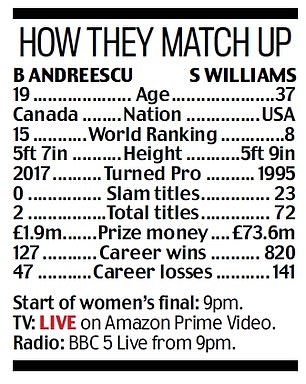 A year ago, the 19-year-old from Toronto was ranked 208th in the world and struggling to fulfill the expectations associated with a promising junior career.

'I wasn't going through a good period,' she said. 'I was having problems with some relationships in my life, with my body, and even my mind, too.

'I was playing 25ks [small $25,000 tournaments] before the qualies of the US Open. But I'm glad I went through it, because at one point you have to.'