'We are attractive to potential investors. When and if we will open discussions is completely another story': Leeds owner Andrea Radrizzani plays down talk of potential takeover just days after saying he was 'considering offers' Leeds owner Andrea Radrizzani clarifies comments over a potential takeover The Italian businessman revealed on Monday that 20 parties wanted to invest Radrizzani claimed in the interview that three of them were of particular interest However, Radrizzani has since claimed he is not actively seeking investment

Leeds owner Andrea Radrizzani has moved to clarify recent comments he made about possible major new investment in the club.

The Italian businessman revealed in an interview that he had been approached 'by more than 20 parties' and that three of them were of particular interest.

In response to the article, published on Monday, Radrizzani has issued a further statement, claiming he is not actively seeking investment at this moment. 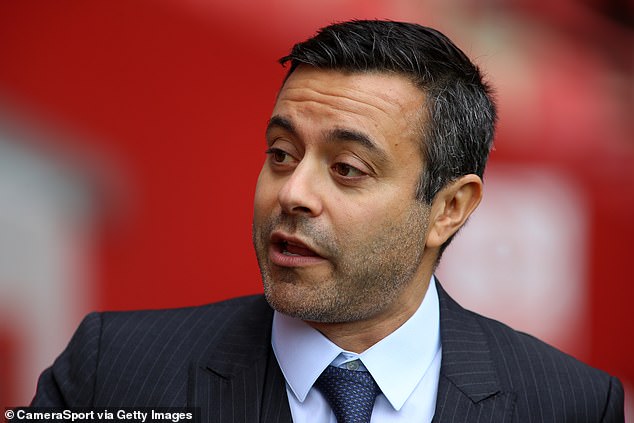 'Because of the job we have done in the last two or three years, we have attracted a lot of interest,' said Radrizzani, who will be heavily involved in the club's centenary celebrations on Thursday.

'Obviously the club has modernised on a lot of levels, which is shown by our revenues, which have increased a lot to close to £50million.

'Our attendance is the top of the league, the club has modernised the media (department), we have partnerships with Amazon, Wish and Deliveroo - big corporate companies are starting to work with Leeds and

PREV sport news Gael Monfils defends his title in Rotterdam as he sweeps aside Felix ...
NEXT Eddie's gift of the gab can't cover deficiencies on eve of Six Nations mogaznewsen