Celtic 6-0 Ross County: Mohamed Elyounoussi scores a brace as Celtic score four goals in 10 second-half minutes in dominant display to return them to top spot in the Scottish Championship Celtic regain top spot in Scottish Premiership with 6-0 victory over Ross County   Mohammed Elyounoussi gave Celtic the lead with just four minutes played  Hoops scored four goals in the opening ten minutes of the second half Goals from Odsonne Eduoard, Calum McGregor, and Liam Fontaine own goal  James Forrest and Elyounoussi completed the rout for the Scottish champions  Neil Lennon's side bounce back in style after previous defeat to Livingston

Attacker Mohamed Elyounoussi fired the home side ahead from 16 yards in the fourth minute and the champions pummelled their opponents for the rest of the half but somehow failed to add to their lead.

However, four goals in 10 minutes at the start of the second half from Odsonne Edouard, midfielder Callum McGregor and a header from the French striker which went in off Staggies defender Liam Fontaine, blew away the Staggies. 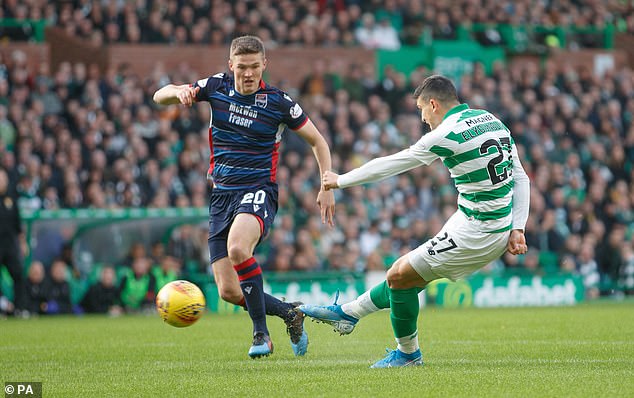 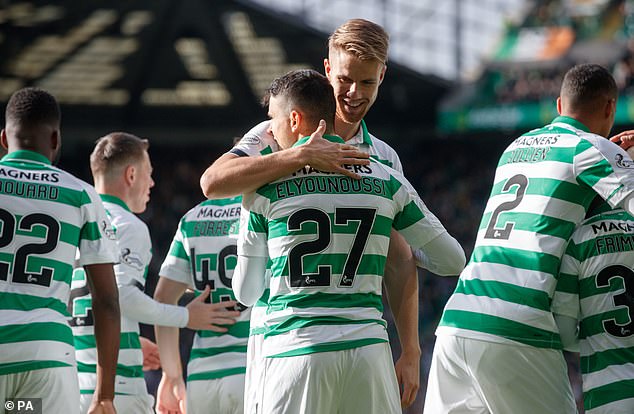 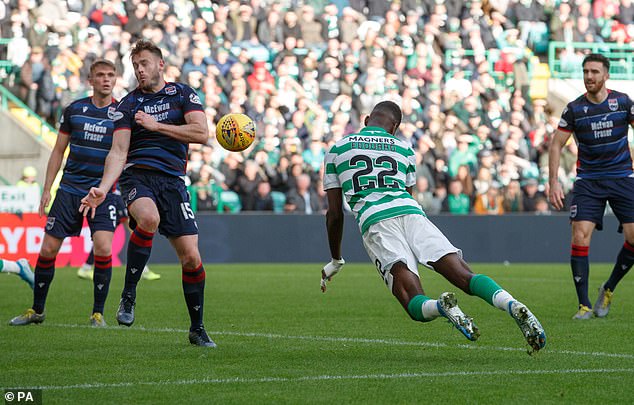 Hoops winger James Forrest scooped in a fifth in the 54 minute with Elyounoussi making it six from close range in the 72nd minute to leave the men from Dingwall devastated.

The Hoops had taken only one point from their previous six before the international break to trail Old Firm rivals Rangers by two points but this was Neil Lennon's side back to their best, albeit Steven Gerrard's men get their chance to go back to the summit when they face Hearts at Tynecastle on Sunday.

“Obviously, though, they’re embarrassed by her sudden public admission of ...