Ademola Lookman drops into a seat after another high-energy session on the immaculate surfaces of the RB Leipzig training centre and admits there were doubts.

His progress has not always been smooth and his development has not been conventional in the eyes of modern elite football.

He recalls the 'bunch of brothers' from the Waterloo club in London, where he played until the age of 16 and pitches 'full of leaves, with a slope and potholes'. He thanks his 'mentors' Des and Felix for their faith because they never gave up hope. 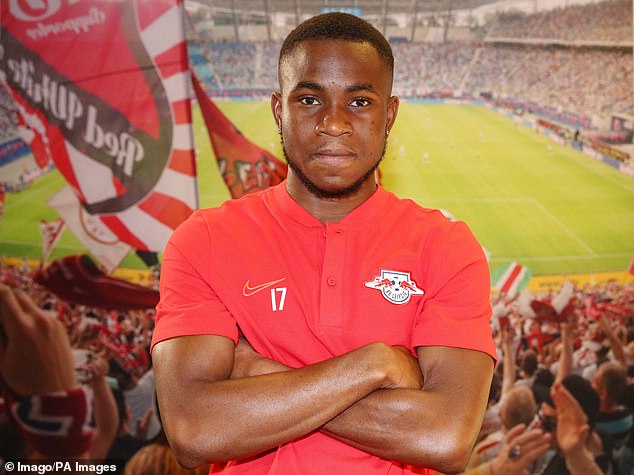 'Even at times when I thought I couldn't do it,' says Lookman. 'Sometimes I'd think maybe it won't work out for me. And they'd quickly be like, "what are you talking about? God's given you this talent for a reason, don't ever give up on it".'

He didn't give up. He seized his chance when it came and has become a £20m footballer under the instruction of Julian Nagelsmann, one of the most in-demand young coaches in Europe.

He is at a fiercely ambitious club with cutting-edge facilities close to the Red Bull Arena and eyes locked on the prize of their first Bundesliga title.

'This is my stage now,' smiles Lookman. He talks in the way he plays. Quick off the mark. Sometimes his rapid bursts are finished with a flourish, but not always.

He can drop his shoulder and change direction from football — where he cites Robinho, Cristiano Ronaldo and Eden Hazard among his influences and Idrissa Gueye as the best he's played with — to more cerebral matters.

There is his appetite to learn. He has three German lessons a week with other English speakers, including Welshman Ethan Ampadu, on loan at Leipzig for the season from Chelsea. 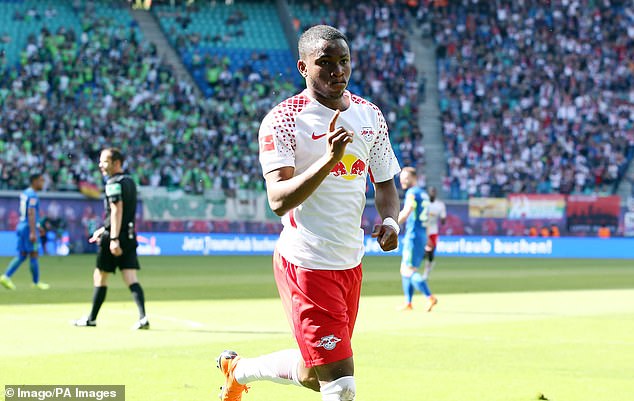 He enjoys biographies and documentaries about the lives of famous people, studies speeches by the actor Denzel Washington and the book he is reading is about ego.

This latest chapter of his own life is one of adventure and exploration. There is a brief digression as he and a club official try to recall if it was squid or octopus they were served in the canteen last week.

'I'm eating things I didn't know I would have eaten,' he concludes. 'I miss my mum's cooking but she comes here and she brings the goods. You know, African food, all types of food.'

Lookman is savouring the experience of his second spell in Leipzig, even though it has not started in the same spectacular fashion as his first. 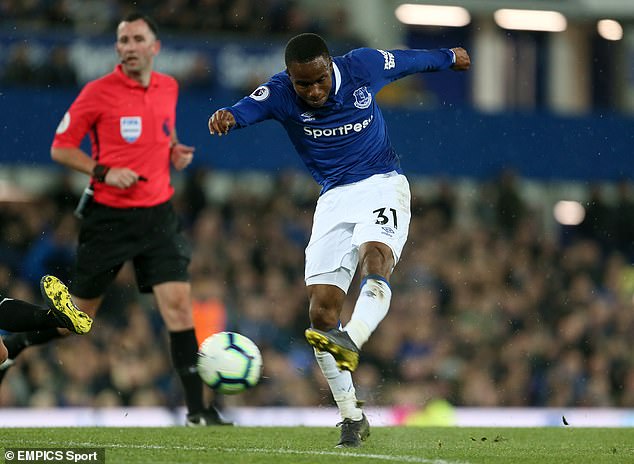 In January 2018 he defied Everton boss Sam Allardyce and rejected a loan move to Derby in favour of one to Germany and proved an instant hit when he scored the winner on his debut against Borussia Monchengladbach.

'Just a leap of faith,' says Lookman. 'I didn't come here to prove him wrong. I came here for myself. I knew I'd made the right decision. I always back myself. I know what I'm capable of doing.

'Whether it was in England, Germany, Spain or wherever, it's not a problem for me. Football's football, right?'