Operation Exit! Neymar 'preparing legal battle' to exploit FIFA clause and force a move back to Barcelona with Brazilian star still unhappy at PSG Neymar is 'having his legal team' look at potential routes back to Barcelona The Brazilian is unhappy at Paris Saint-Germain and wants to leave this year Neymar is coming to the end of his 'protected period' in the French capital He was recently pictured with former teammates Lionel Messi and Luis Suarez Neymar is seen as the replacement for Messi once he retires from Barcelona

Neymar is hoping to return to his former club Barcelona this year as he is still unhappy at Paris Saint-Germain.

The Brazilian superstar is having his legal team look at potential routes back to Camp Nou after he left the Catalan giants back in 2017 for a world record fee of just over £200million.

However, it will not be very easy for Neymar, who is rather unpopular with the Parisian fans after a turbulent career in the French capital. 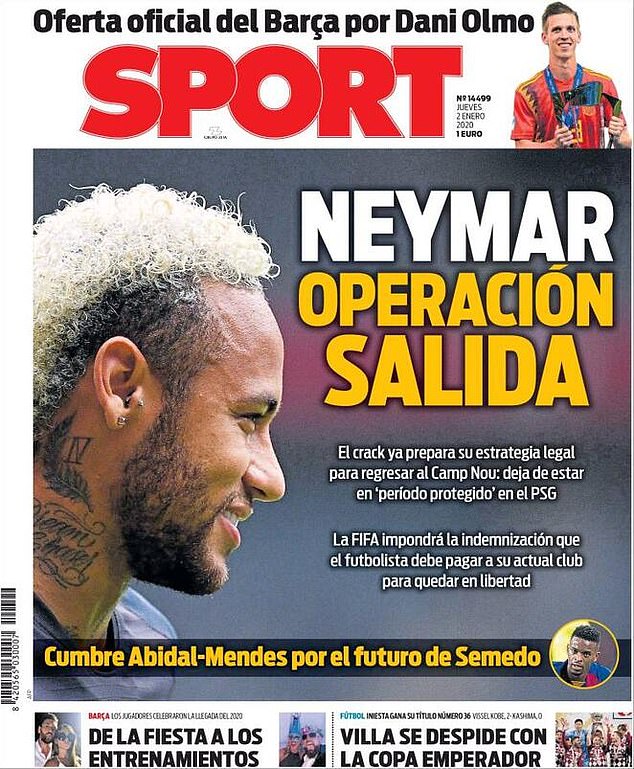 Operation Exit: Neymar is on the headlines of SPORT as Barcelona return rumours continue 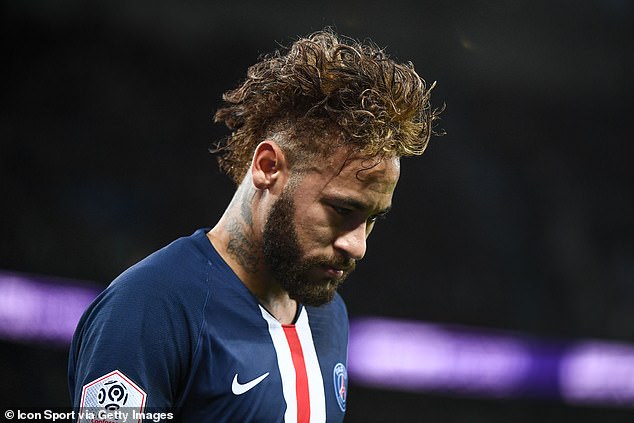 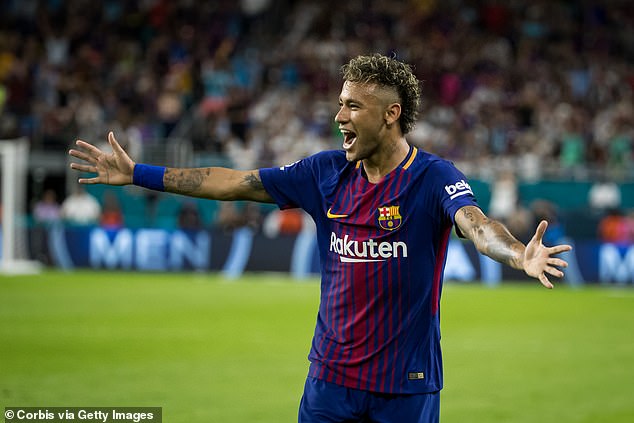 Neymar joined from Barcelona, where he made himself a global superstar in an incredible side 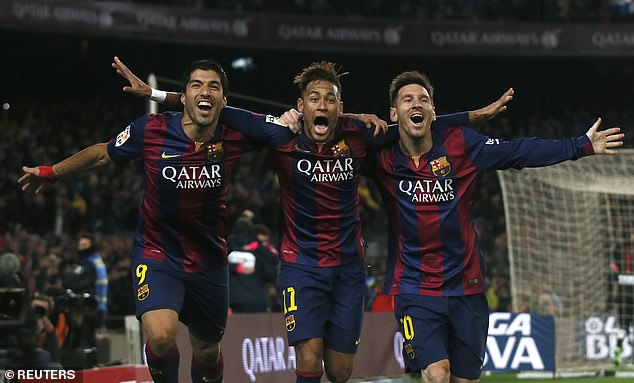 The 27-year-old was meant to be the missing piece in PSG's puzzle as the club aimed for UEFA Champions League glory. Whilst Neymar's goal return on the pitch has been promising, he has been plagued with injury setbacks and his demeanor off the field has brought his commitment to the club into question.