Curtis Jones is the cream of the Kop crop... future looks bright at Anfield as Liverpool's kids shine in the FA Cup Curtis Jones, 18, curled in a sensational strike against rivals Everton in FA Cup Liverpool beat their neighbours 1-0 in the FA Cup despite making nine changes Manager Jurgen Klopp picked youth stars such as Harvey Elliott and Nat Phillips Pedro Chirivella said the inexperienced team were still confident of performing

You score a sensational goal in front of a packed Anfield with millions watching on TV. Immediately you are thrust on to the back pages thanks to a strike that will go down in folklore. So how do you celebrate?

In the case of Curtis Jones, the answer is simple. You head home to your mum's and have an early night. There was no fuss, no fanfare for the 18-year-old, just quiet reflection and sleep.

Jones, who settled the FA Cup tie against Everton with the stand-out goal of the third round, does not lack confidence but he did not wake up on Monday with his head in the clouds. 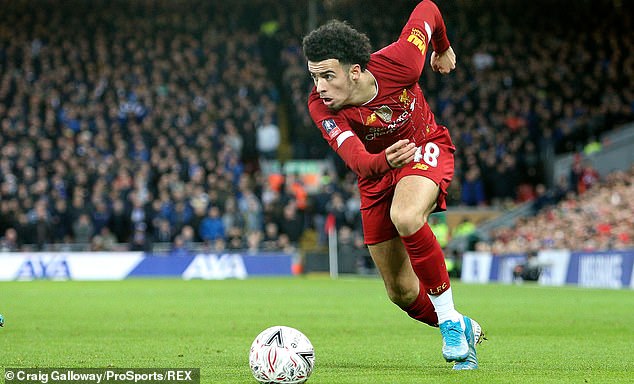 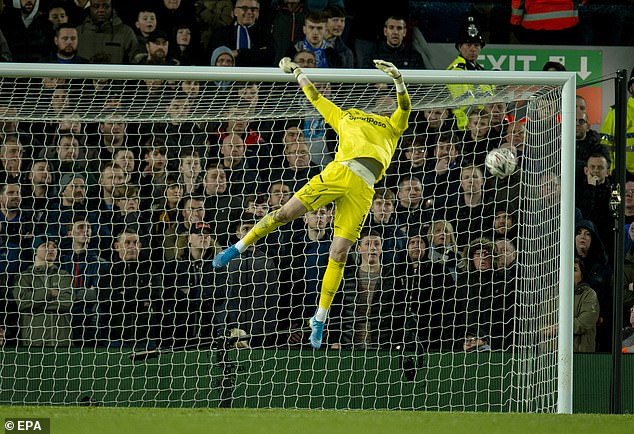 The average age of Liverpool's XI against Everton was 24 years and 225 days – the youngest of any PL team in the FA Cup's third round.

Sunday was a dream come true. Jones grew up a Liverpool fanatic in the city centre, the youngest of four, with ambitions of emulating Steven Gerrard — and his strike had the hallmark of his idol.

The path to Liverpool's first team has not been easy for Jones, who was taken to the club's academy from the age of nine by his mother, Sandra, who provides support and guidance. Part of the reason he was in bed at a