By Neil Manthorp For The Daily Mail

If there is one belief that binds the coaching philosophies of Mark Boucher and Jacques Kallis together it is the importance of continuity of selection.

Team selection in South Africa is different to any other country in the world and the pressure to meet the racial selection targets may play a role in the composition of the next starting XI, which could lead to a return for batsman Temba Bavuma in place of 24-year-old Zubayr Hamza but Boucher will push strongly for the balance of the current team. 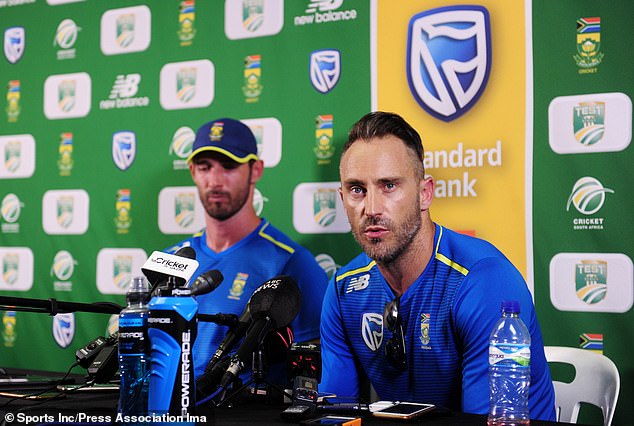 There is a desire to include left arm paceman Beuran Hendricks at some point in the series but Kagiso Rabada and Anrich Nortje have impressed so far and Vernon Philander’s place will not be considered, especially if the St. George’s Park groundsman is asked to leave a little more grass on the pitch.

South Africa have enjoyed considerable success in the last three years — nothwithstanding last summer’s embarrassing 2-0 loss to Sri Lanka — by backing their fast bowlers against the opposition’s and their batsmen to scrap more successfully for run than their counterparts.

At Newlands it was more important for a cash-strapped SA