By Janine Self for the Daily Mail

As Brendan Rodgers prowled the Wembley technical area watching his Liverpool side lose to Aston Villa in the FA Cup semi-final in 2015, he could not have guessed he would go five more years without losing in a domestic knockout tie.

That run, across England and Scotland, is at 30 games and the Leicester boss is aiming for 31 on Wednesday night in the first leg of the Carabao Cup semi-final, once again against Villa.

It is 20 years since Leicester last won a knockout competition — the League Cup under Martin O’Neill, beating Villa in the semis and Tranmere in the final. 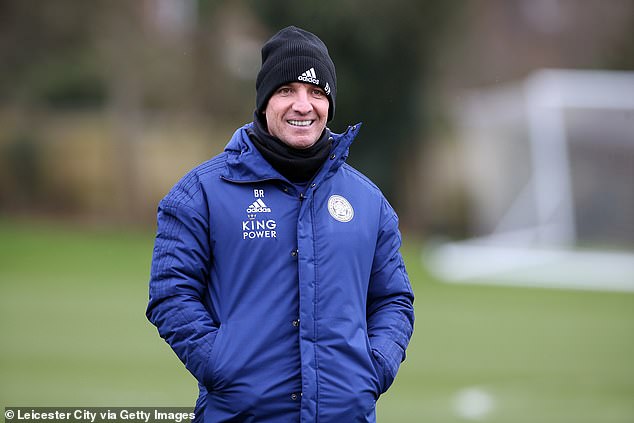 Rodgers’ men are already punching above their weight, lying second in the Premier League table, and will play as strong a side as possible on Wednesday night, including Jamie Vardy, who returns from a calf injury.

‘We don’t want to be known just as that team who won the league that year (2016) and that’s it,’ said Rodgers. ‘We said to the players who were here before I arrived and the players who are here now: we want to look back in 30 years and see a period of sustained success.

‘Can we develop over the coming years to be a team who get Champions League football, who can win something and see if we can sustain it; to look back at this era and say it was a really good team and have something to show for it.’

Villa have their own cup drought to break. Their last trophy was the 1996 League Cup and boss Dean Smith is desperate to restore the good times. 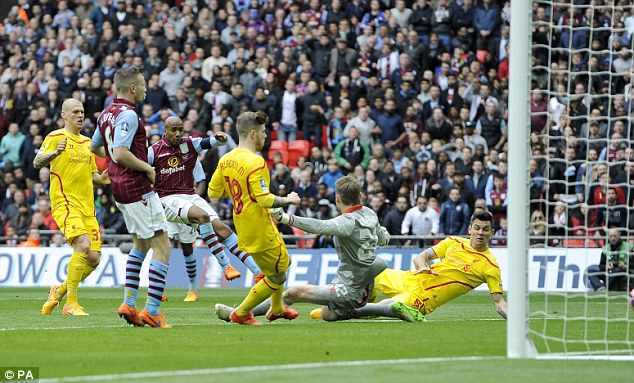