Wilfried Zaha's new agent Pini Zahavi 'trying to broker move to Tottenham' as wantaway winger steps up bid to leave Crystal Palace Winger Wilfried Zaha decided to cut ties with his long-time agent Will Salthouse Zaha is looking for a new opportunity away from Crystal Palace this year His new agent, Pini Zahavi, is now trying to broker a transfer to Tottenham  Zaha wanted to go in summer but Palace stayed firm over their £80m valuation

Wilfried Zaha's new agent Pini Zahavi is reportedly trying to angle a move to Tottenham for his client.

Ivory Coast international Zaha decided to cut ties with his long-time agent Will Salthouse as he looks to finally make a move away from Crystal Palace this year.

And according to the Mirror, Zahavi - who has been tasked with finding a new club for Zaha - is attempting to broker a transfer to north London outfit Tottenham. 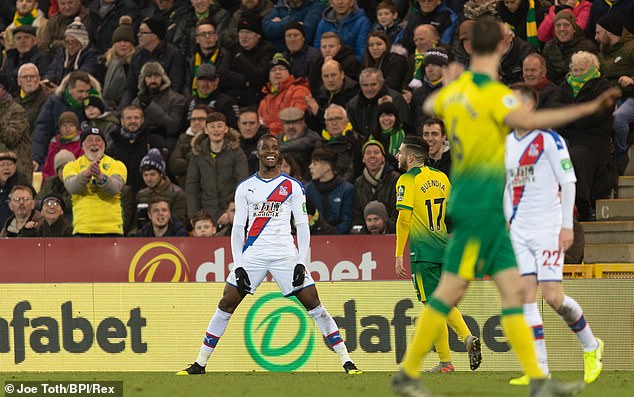 PREV Australia's Price up to sixth in Dakar Rally mogaznewsen
NEXT sport news Roger Federer hits back at claims of inaction over air quality concerns at ...