England are set to order another Curry for the Six Nations as Sale flanker Ben is on course to join twin brother Tom in Eddie Jones' squad this month.

The 21-year-olds burst on to the professional scene at the Cheshire club as teenage back-row prodigies, but their careers have gradually diverged. Tom was acclaimed for his role in England's World Cup campaign, culminating in a starting appearance in the final in Yokohama, with his brother in attendance after flying out to witness the grand occasion in person.

Tom has won 19 Test caps already and was shortlisted for the World Player of the Year award late last year — in recognition of a stunning impact at international level — but Ben has been forced to bide his time, while establishing himself as a fixture in the Sale pack at openside. 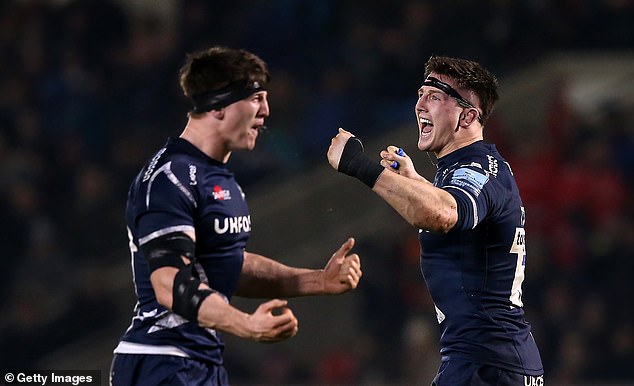 Ben was on course to tour Argentina with England back in 2017, only to pick up an ankle injury. Tom replaced him in the squad and has blazed a trail ever since. But now it appears that the Currys could join forces during the Six Nations.

Head coach Jones is expected to reshuffle and refresh his squad in order to rest key players, perhaps leave out one or two familiar names and bring in newcomers to start forward-planning for the next World Cup in 2023.

For so many years, the absence of specialist English 'fetcher' No 7s was much lamented, but now Jones has an abundance of them at his disposal. Tom

PREV sport news Tim Henman admits he knew he would be without Andy Murray for ATP Cup over ...
NEXT Indiana on the pace as 76ers crash to third consecutive NBA loss mogaznewsen