Stoke 2-0 Swansea: Sam Clucas taunts his former club as Potters prolong fine Championship form in 2020 and deny Swans a spot in the play-off places Sam Clucas helped Stoke beat Swansea 2-0 at the Bet365 stadium on Saturday The striker scored the opener as his former club missed out on a top six position Matt Grimes hit the bar for the visitors but James McLean sealed it late for Stoke The Potters are unbeaten in the league in 2020 and seven points clear of danger

By Adam Lanigan For Mailonline

Sam Clucas made sure Swansea City knew exactly who it was that kept them out of the play-off spots as he delivered another valuable three points for Stoke City.

Clucas drilled home an unerring shot from 20 yards past Freddie Woodman early in the second half, before embarking upon a 60-yard run to celebrate in front of the visiting supporters as he pointed to the name on the back of his shirt.

The 29-year-old had spent one season in South Wales following a £16.5 million move from Hull, which culminated in their relegation after seven years in the Premier League and he had received chants of 'What a waste of money' for his part in that failure. 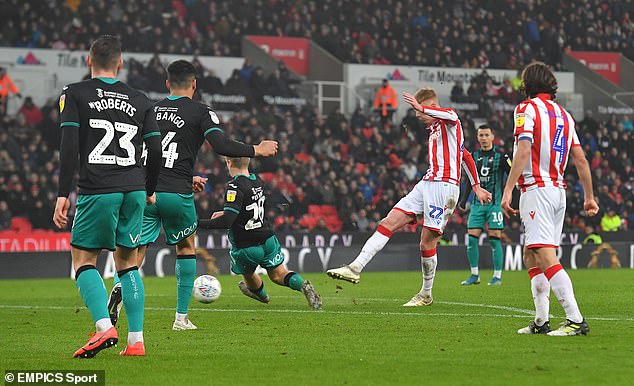 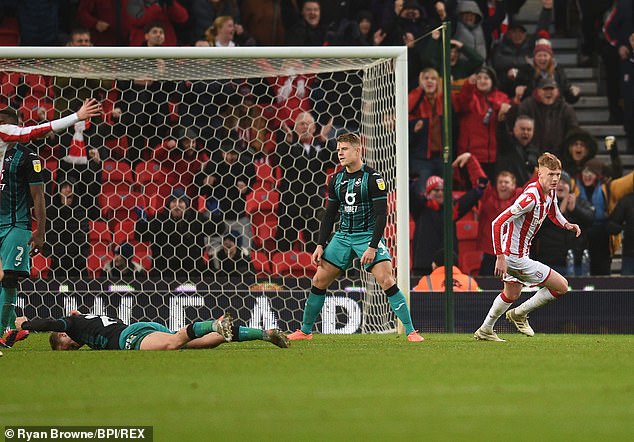 As well as settling a personal score, his goal and that in injury time from James McClean had immediate value for Michael O'Neill's side as this made it ten points from four Championship games in 2020 for Stoke, and moves them seven points clear of the bottom three.

It was a costly defeat for Swansea, though, as victory would have moved them into the top six, but there was only frustration for Steve Cooper and his players.

Before the match, Stoke had been boosted by the news that young striker Tyrese Campbell had rejected interest from Old Firm pair Celtic and Rangers to sign a new four-and-a-half year contract to remain in the Potteries.

The 20-year-old had scored the winner in the surprise 1-0 win at West Brom on Monday night but he was the only absentee from that line-up, having picked up a hamstring injury. 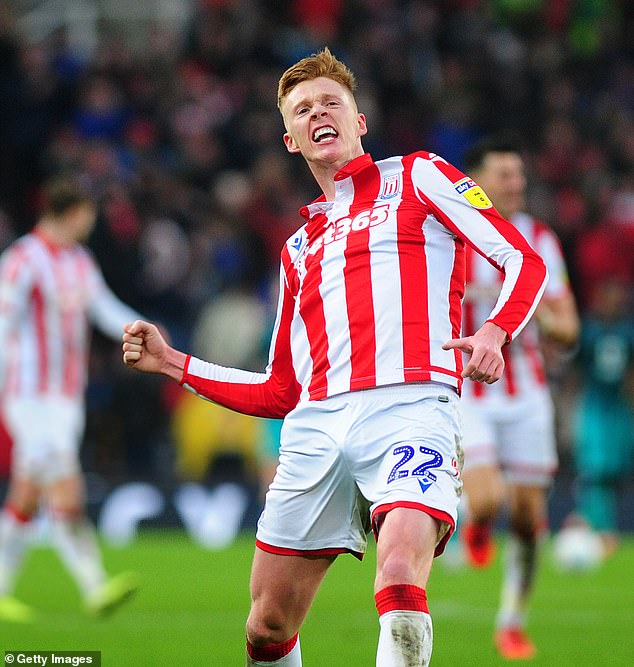