If Bournemouth can replicate such a gritty, determined display as this for the rest of the season they have every chance of staying up.

Against such opposition, too, this felt huge for Eddie Howe.

A second consecutive Premier League win – the first time they have managed that since September – and one they achieved despite having to play nearly the entire second half with 10 players after Jefferson Lerma’s dismissal. 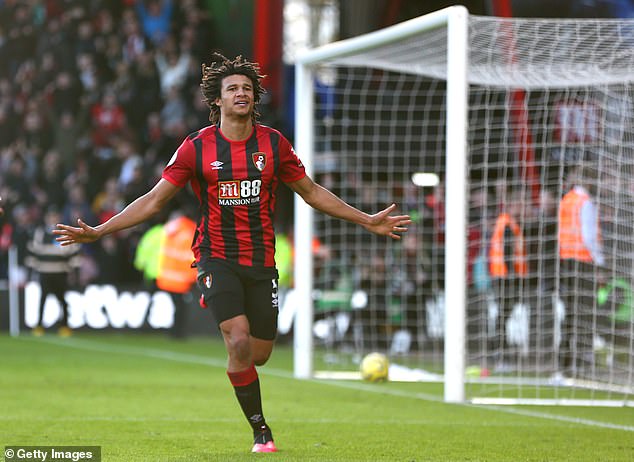 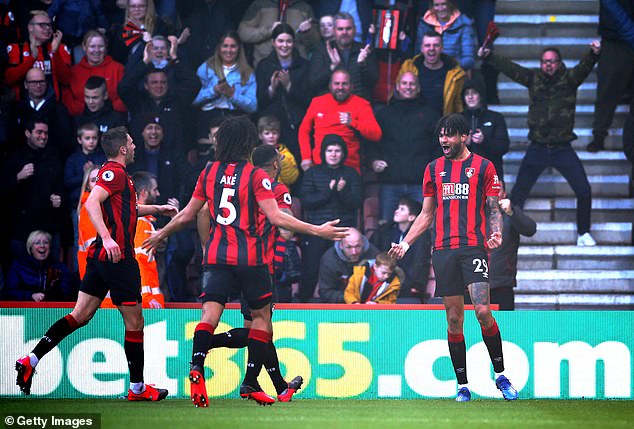 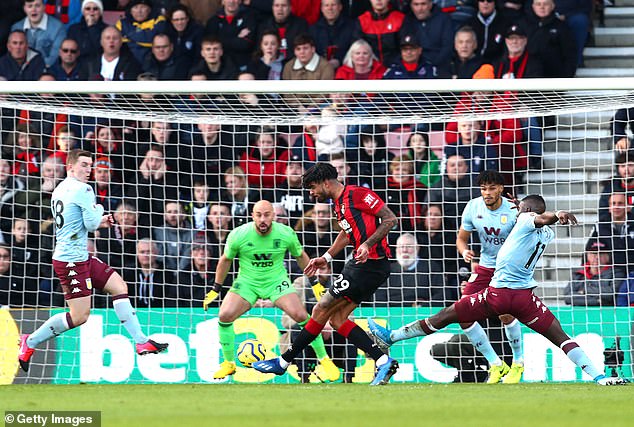 This was a blend of intelligent attacking play, and a die-hard spirit that for the last 20 minutes, after Villa halved the deficit, helped them reach the finishing line with three points.

Three points that also lifts them out of the bottom three – Villa also managing to finish the afternoon also out of the relegation zone thanks to West Ham’s 3-3 draw against Brighton.

For Dean Smith and Villa, well, this certainly highlighted their flaws. It yet again proved just how much they rely on Jack Grealish. The Villa captain was a creative spark and a nuisance as Lerma found out.

But football isn’t a sport for individuals and Bournemouth demonstrated just what can happen when everyone pulls together. 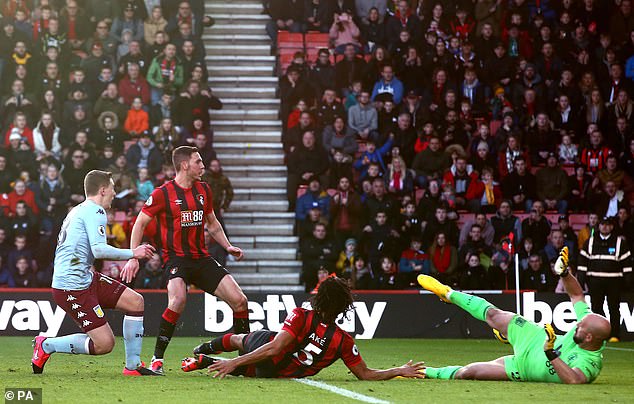 Of the few chances in the opening stages, Philip Billing’s effort from range stood out. Trusted by Howe to be a warrior in midfield, he won his tussle with Kortney Hause but his left-footed shot lacked the precision and power to force anything more than a comfortable save from Pepe Reina.

Bournemouth continued their spell of dominance with Ryan Fraser proving effective on the left wing.