Novak Djokovic's Australian Open semi-final win was not just another victory over Roger Federer at a Grand Slam. But rather it was another reminder that he is breathing down his neck in the pursuit of the title that means most of all: the Greatest Of All Time.

The Serb was just 16 years old when Federer claimed his first Grand Slam title at Wimbledon in 2003 but now is on the verge of moving to within three Slam triumphs of the Swiss.

Federer leads the way with a staggering 20 Grand Slam titles while Rafael Nadal is stuck on 19 and Djokovic teetering on 16. 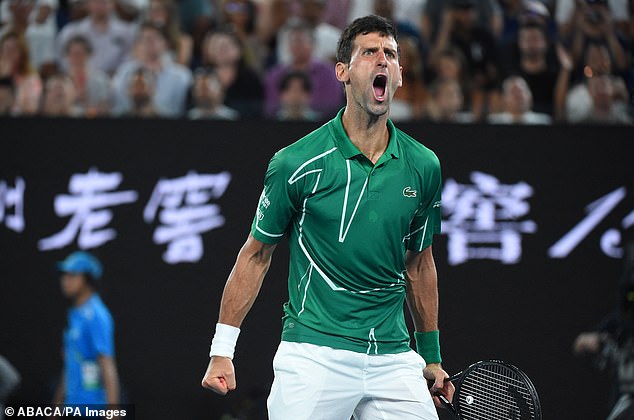 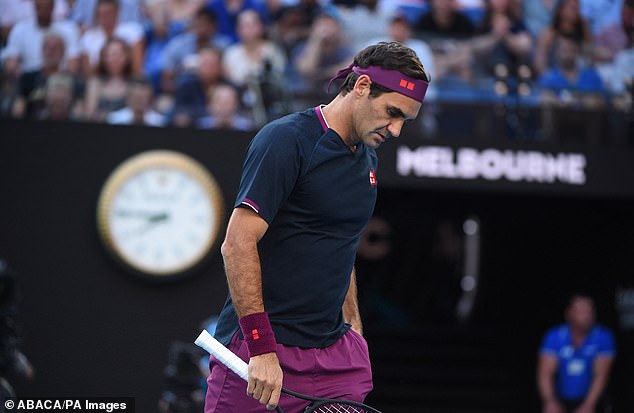 But with time on their side both Djokovic and Nadal are nipping at Federer's heels in the battle for supremacy, with Djokovic having a golden chance to notch one more on Sunday.

The race to be tennis's all-time leading Grand Slam winner is well and truly on and if Djokovic wins his eighth Australian Open title on Sunday the debate of who is the GOAT will be reignited.

With Federer at the grand old age of 38, Nadal at 33 and Djokovic at 32 the sport is waiting for that 'changing of the guard' moment.

Dominic Thiem, Alexander Zverev, Daniil Medvedev and Stefanos Tsitsipas are expected to soon dominate but the Big Three all reached at least the quarter-finals in Melbourne this week.

Thiem has the chance to spark that transition against Djokovic in the Australian Open final but the major Down Under has been the Serb's most successful and he is determined to stay at the top of the game.

'I'm going to try my best to prolong our domination in the Grand Slam as much as possible,' Djokovic said after beating Federer in straight sets on Thursday. 'I'm sure Roger and Rafa would agree.' 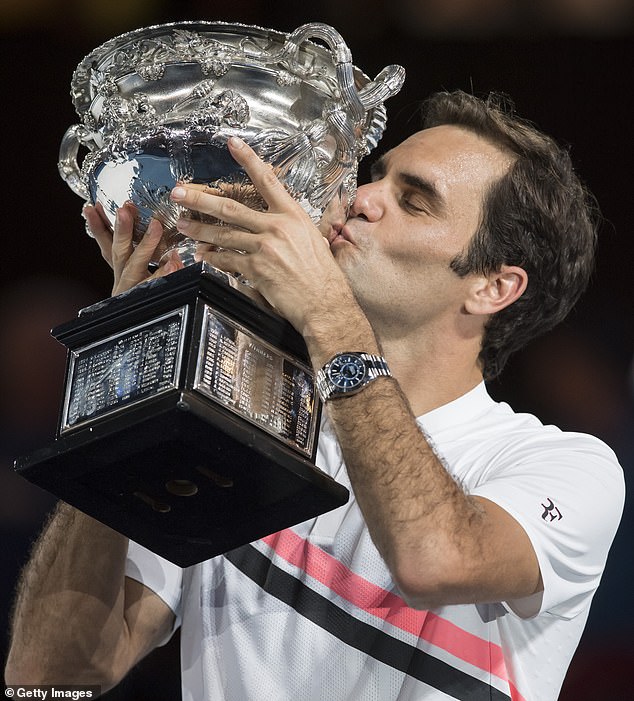 The trio's stranglehold on the Grand Slams has been remarkable. They have won a sensational 55 major titles over the last 17 years between them.

Astonishingly Federer had already won 12 Grand Slam titles by the time Djokovic claimed his first while Nadal was on five by the end of 2008.

By the time Federer took his tally to 16, Djokovic had won four Grand Slams while Nadal had increased his total to 10 by the end of 2011. 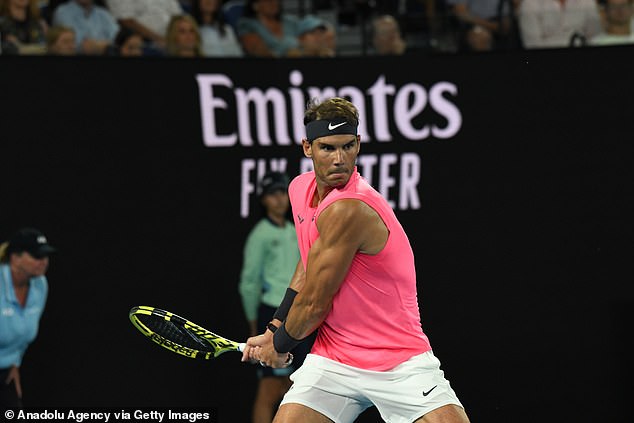